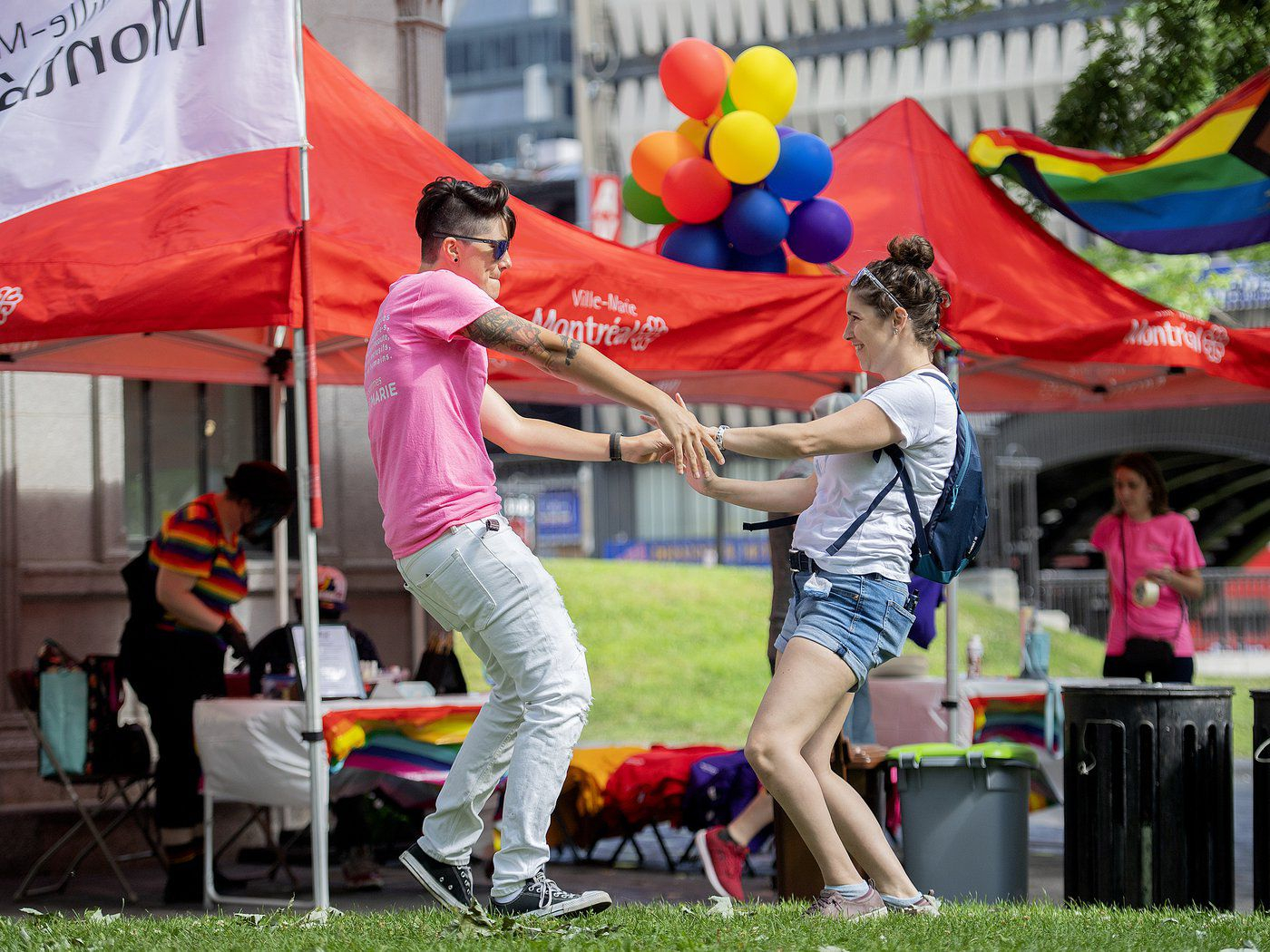 Florence, left, and Billie dance at the site where the Montreal Pride parade was supposed to start from, in Montreal, on Sunday, Aug. 7, 2022. File photo by The Canadian Press/Graham Hughes
Previous story

An independent investigation will be held into Pride Montreal's last-minute cancellation over the weekend of its emblematic parade, the City of Montreal announced Tuesday.

Montreal Mayor Valérie Plante said on Twitter that organizers of the annual festival promised their full co-operation. The city will soon name someone to lead the inquiry who "understands and is sensitive toward LGBTQ+ communities and realities," Plante spokesperson Catherine Cadotte said in an interview.

The mayor said she met on Monday with Pride Montreal organizers, who "accepted that an independent investigation shed light on the cancellation of the parade and make recommendations to ensure the success of future editions."

Cadotte says the mayor requested the independent probe after Pride Montreal had initially announced it would conduct only an internal review into the embarrassing decision to nix the parade on Sunday, hours before it was to begin.

Pride Montreal spokesperson Nathalie Roy says the internal committee announced on Monday has been called off because the organization agreed to collaborate with the independent inquiry. "We will comment once the independent investigation is done," Roy said in an interview Tuesday.

The independent inquiry will examine what led to the parade's cancellation, which organizers have said was necessary because of a shortage of staff.

"A lot of information circulated over the last few days," Cadotte said. "The organization experienced a situation in relation to logistic issues. The inquiry will determine precisely all the exact circumstances and steps that led to that decision."

Although the city contributed $600,000 to this year's festival — which ran from Aug. 1-7 and included concerts and other events — Cadotte said Montreal didn't ask to be reimbursed. The festival was a success overall, she said, but the inquiry is "needed to re-establish trust in Pride Montreal."

"The event is deeply important for Montrealers and its communities," Cadotte said. "The mayor reiterated the importance of Pride Montreal and to celebrate and support diversity in Montreal, which is part of the city's identity."

This report by The Canadian Press was first published Aug. 9, 2022.