Ontario conservatives favour Poilievre — rest of Canada, not so much 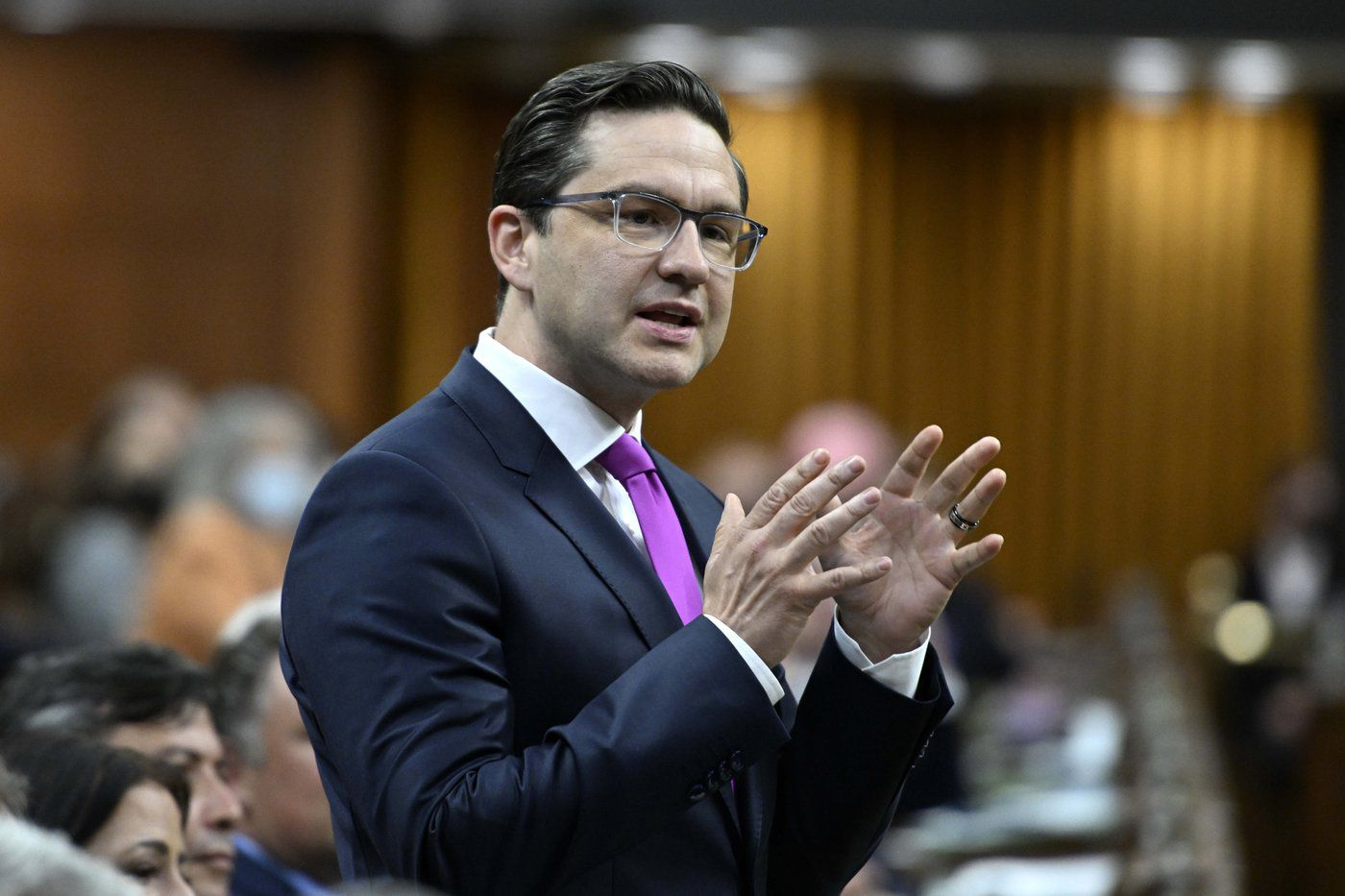 Conservative MP Pierre Poilievre rises during Question Period in the House of Commons on Parliament Hill in Ottawa on Wednesday, June 15, 2022. File photo by The Canadian Press/Justin Tang
Previous story
Next story

Ontario MP Pierre Poilievre remains the heavy favourite to be the next Conservative party leader but he trails opponent Jean Charest for support among Canadians as a whole.

A new Leger poll conducted in collaboration with the Association for Canadian Studies suggests 44 per cent of Conservative voters believe Poilievre would make the best party leader. His chief rival, former Quebec premier Jean Charest, is backed by 17 per cent.

The poll was conducted online between Aug. 5 and Aug. 7 among 1,500 adult Canadians drawn from Leger's representative panel. It cannot be given a margin of error because online polls aren't considered to be a statistically representative sample.

Twenty-two per cent of Conservatives said they didn't know which of the five candidates would make the best leader, while eight per cent said none of them would.

Among the remaining candidates, Ontario MP Leslyn Lewis was supported by six per cent, Ontario MP Scott Aitchison by two per cent, and former Ontario provincial politician Roman Baber by one per cent.

This is the first poll on the race taken by Leger since Brampton Mayor Patrick Brown was kicked out of the contest by the leadership organizing committee last month over allegations he broke party rules and possibly violated federal elections laws.

In a June Leger poll, Poilievre also had 44 per cent support among Conservatives, Charest had the backing of 14 per cent and Brown was supported by four per cent. The August poll moved Charest's numbers up by three points, while Poilievre's remained unchanged.

Christian Bourque, executive vice-president at Leger, said with ballots already being cast, all signs are pointing to a Poilievre win.

But he said the poll is also indicative that the candidate preferred by Conservatives may face a tougher path to a victory in a general election.

The poll suggests Charest is considered the best option for the Conservative leader's job by 22 per cent of all Canadians, while Poilievre is supported by 16 per cent.

About one in seven Canadians polled said a Poilievre victory would make them more likely to vote Conservative in the next election, with only a small fraction more saying the same of a Charest victory.

However, more than one in four people polled said a Poilievre victory would make them less likely to vote Conservative, compared with one in five who said that about Charest.

That divide is starkest in seat-rich Ontario, where a Poilievre victory would make 28 per cent of those polled less likely to vote Conservative, compared with 16 per cent who said that of Charest.

Bourque said that opens some existential questions for the Conservatives, who already win big in Alberta, holding 30 of the province's 34 seats. In Ontario, the Conservatives have 37 of the 121 seats available, and need to do better in the most populous province to form government.

Bourque said Poilievre could help the Conservatives win the same seats by bigger margins in Alberta, but won't do much to help move the needle in Ontario.

"With a Charest victory, the math would not be the same," he said.

The Conservatives are set to announce the winner of the leadership on Sept. 10.

This report by The Canadian Press was first published Aug. 10, 2022.