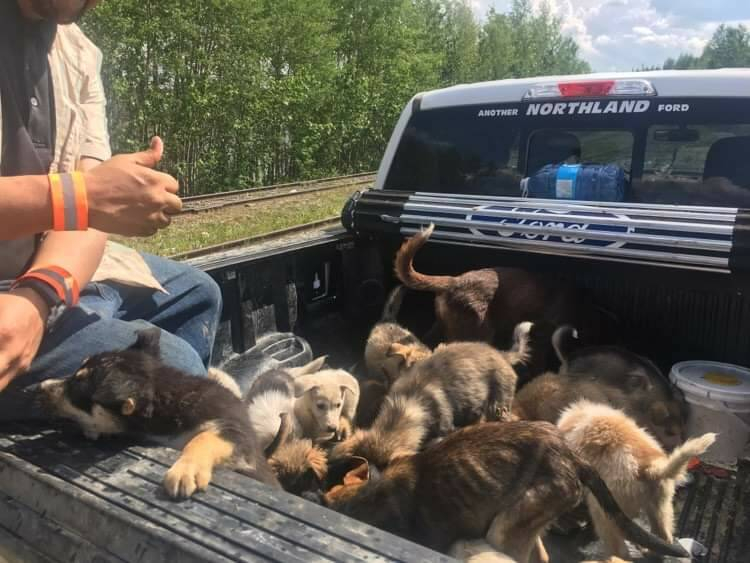 Desmond Castell is fishing and feeding dogs who have not yet been evacuated from Matthias Colomb Cree Nation. Photo courtesy of Desmond Castel
Previous story

When the pet food supply ran out at Mathias Colomb Cree Nation, Desmond Castel headed to a nearby lake, hopped in a canoe and began fishing for the dogs.

Castel has been caring for dozens of pets in his northern Manitoba community since a nearby wildfire forced fellow residents to flee. Nearly a month later, many such animals are still stranded in the community, some 800 kilometres north of Winnipeg, waiting to be reunited with their owners.

In a Facebook post shared Aug. 2, the Manitoba Animal Alliance volunteer broadcast a video of himself on the water, while the dogs eagerly awaited their next meal.

To read more of this story first reported by the Winnipeg Free Press, click here.

This content is made available to Canada's National Observer readers as part of an agreement with the Winnipeg Free Press that sees our two trusted news brands collaborate to better cover Canada. Questions about Winnipeg Free Press content can be directed to [email protected].