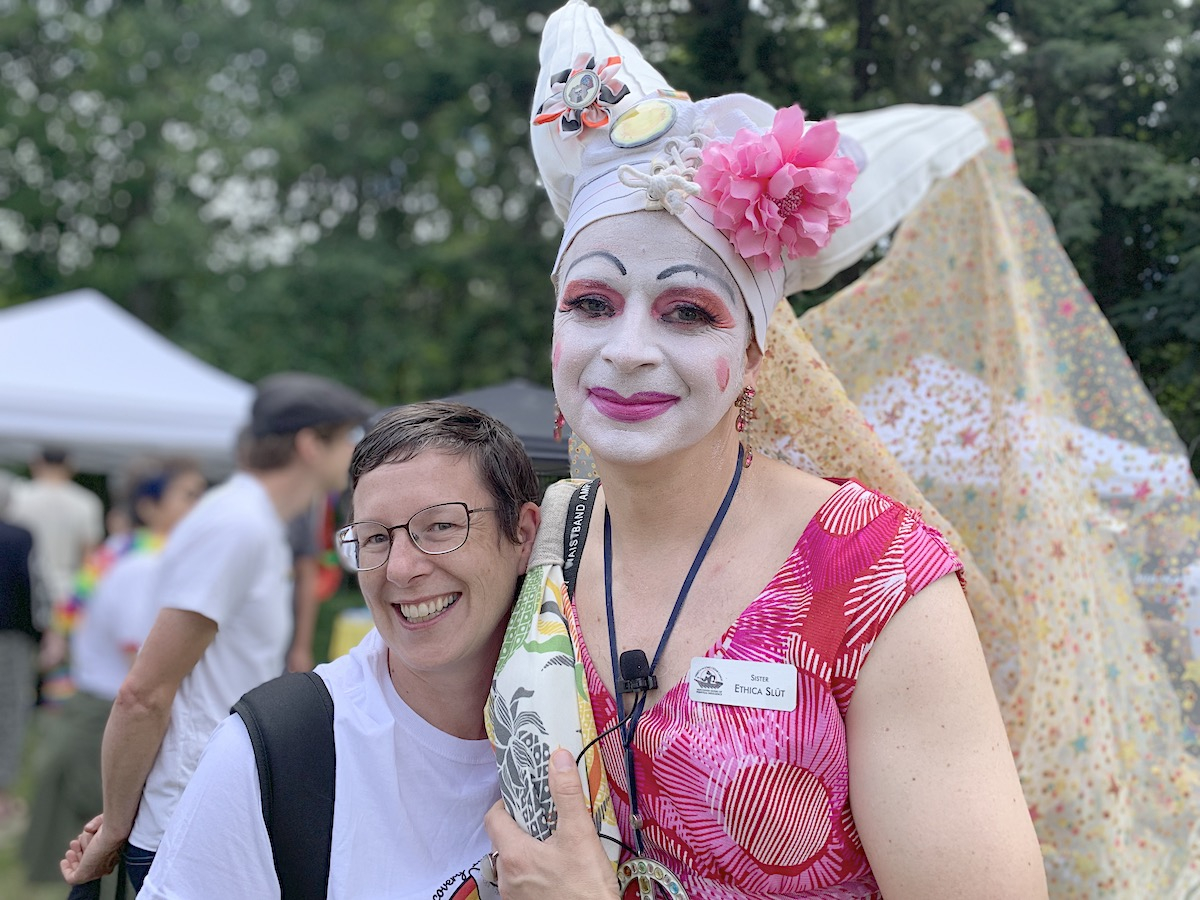 A colourful crowd emitting bursts of laughter and bubbles assembled at the elementary school on Quadra Island as the small B.C. coastal community gathered to celebrate the Discovery Islands’ first Pride event on Sunday.

The festival celebrating 2SLGBTQ+ people and allies on Quadra, Cortes, Read and other neighbouring B.C. islands got underway at noon sharp. Participants young and old streamed from the school grounds to march the two blocks that comprise Quathiaski Cove’s main drag before arriving at the village green for a family-friendly party.

“I’m very excited that this is the first Pride and I get to be a part of it,” said 18-year-old Quadra resident McKenna McLean.

“And I’m incredibly excited the island is starting to embrace the queer folks who live here.”

McLean, one of the event’s volunteers, said the inaugural Pride celebration is even more meaningful given the isolation everyone experienced during the COVID-19 pandemic.

“I think after everything that we've been through the last couple years, people want to do the things that will bring us together and give us things to celebrate,” they said.

“I also feel like we are going into a new age on the island where we want to work to accept people more because there are a lot of people with different identities,” said McLean, who identifies as non-binary, asexual and queer.

As a young person in a rural community, McLean said it took longer to understand themself and the range of identities represented in the queer community.

Pride events are important to help rural queer and trans youth rural find themselves and feel welcome in their home communities, say organizers with the Discovery Islands Pride Celebration.

“I didn't even really know that there were other options other than being gay or straight, and being a girl or a boy,” they said.

“So, there definitely was a sense of isolation, and it took me a really, really long time to come to terms with my gender identity.”

Pride celebrations are particularly important for rural youth who might not have as many opportunities to connect with a wider queer community, they added.

Pride events also help young people to accept themselves as they see members of the 2SLGBTQ+ celebrate themselves, McLean added.

“Pride definitely helps the queer community, but also helps allies to understand it, and not just in the abstract sense,” they said.

Celebration events in small communities are important because, in the past, queer and trans people have had to leave their home communities and go to large urban centres for acceptance, said Discovery Islands Pride organizer Anne-Marie Long.

“More and more, we'd like to make sure that our home communities are accepting, welcoming and inclusive,” said Long, who is also the 2SLGBTQ+ facilitator for queer and trans youth, families, and groups at the Foundry, a hub for youth services in the neighbouring city of Campbell River on Vancouver Island.

“And one of the ways to do that is to have public displays of visibility and inclusion to let folks know they’re not alone, that there are people of all ages who are part of the queer and trans community, and whose visibility and support is really important,” she said.

Studies show queer and trans youth reported more positive health outcomes and future plans when they have supportive adults in their family, school and community, according to a recent report by Stigma and Resilience Among Vulnerable Youth Centre and the McCreary Centre Society.

While queer and trans teens experience safer environments and fewer health risks than those in previous generations, gaps still exist between them and their straight peers, the report found.

Long said she is able to help youth get gender-affirming medical and sexual health care or help get name or gender changes on government identification.

She has lived on Quadra Island for close to four years with her wife and has found the island to be welcoming and accepting of her and her family.

However, there’s no guarantee everyone will have that same experience, she said.

“So I think the more we can do to say, ‘Hey, you're welcome here and you belong here,’ the better.

“Hopefully that will keep some of those young folks in our community rather than feeling like they have to leave for the big cities to find themselves.”