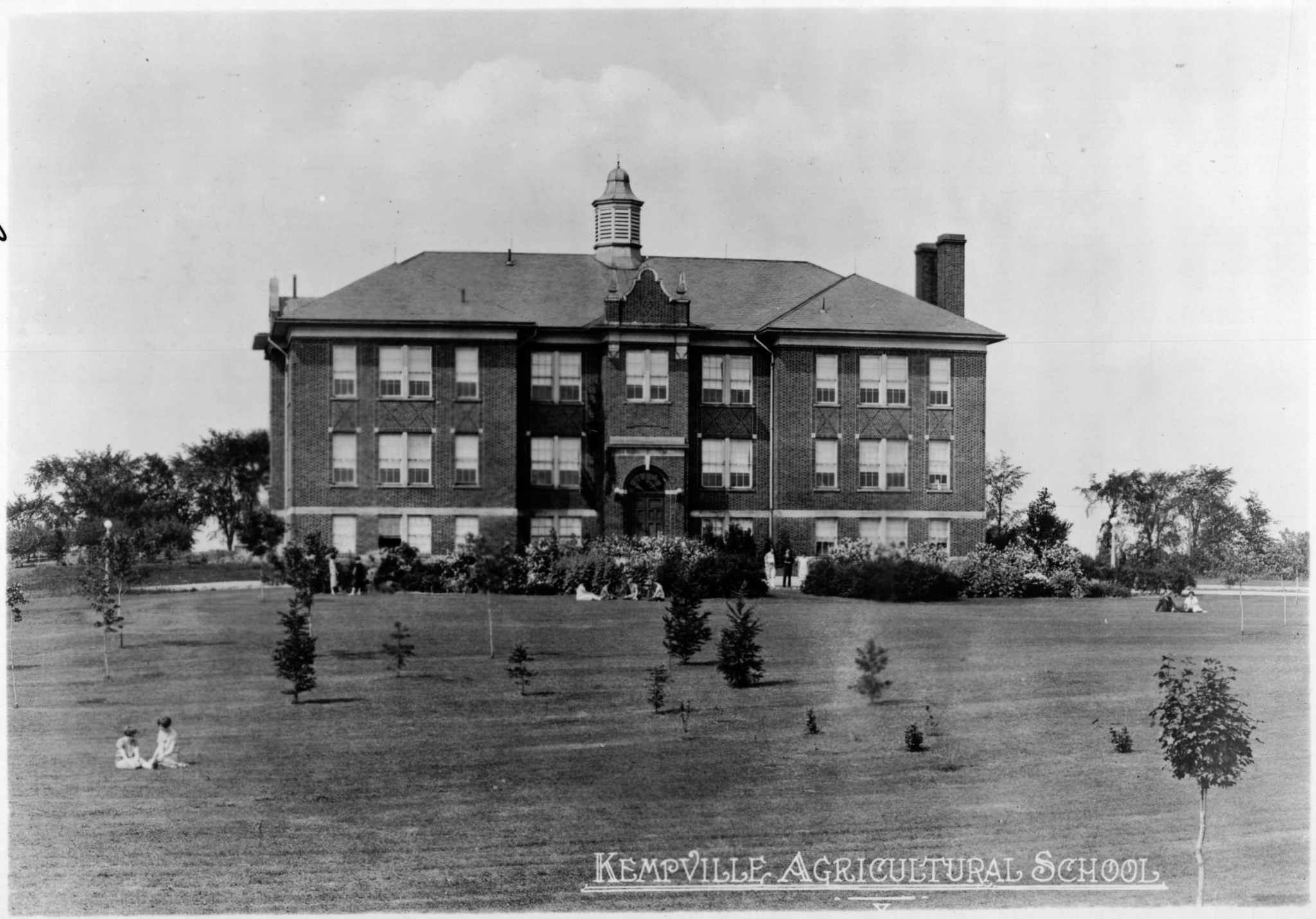 The site of the former Kemptville Agricultural College, pictured here, is slated to become a correctional facility. Photo via Archives of Ontario
Previous story

Residents of Kemptville, south of Ottawa, are taking their fight against plans to build a jail on agricultural land to court.

Earlier this week, Victor Lachance and Kirk Albert filed for a judicial review of Ontario’s proposal to build a 235-bed correctional facility in the town of 4,000 about 50 kilometres south of Canada’s capital, in part to relieve overcrowding at the Ottawa-Carleton Detention Centre.

The land slated for the Eastern Ontario Correctional Complex, set to open in 2027, is the grounds of a former agricultural college. Before the province tagged it for the jail site in 2020, plans were underway to use it for recreational and agricultural purposes.

Opponents argue the province can’t afford to pave over more farmland at a time when it’s losing an average of 300 acres per day to development. Some residents also object to having the jail so close to the small town and say there isn’t adequate infrastructure to support an influx of inmates.

Lachance, a member of the group Coalition Against the Proposed Prison and one of the residents who filed the application for judicial review, said in a statement that the province refused to “meaningfully consult with and provide adequate information to North Grenville residents about their prison plan.”

“How can the province justify its cavalier approach of destroying farmland and farm buildings for a prison that nobody asked for and that experts argue we do not need?” he said.

“By violating these explicit obligations, the minister overstepped the authority conferred by the legislature,” Coalition Against the Proposed Prison argued. “The decision to build on the proposed site is therefore illegal.”

Hannah Jensen, a spokesperson for newly tapped solicitor general Michael Kerzner, said in an emailed statement that the ministry can’t provide any details on a case before the courts.

“The solicitor general looks forward to continuing to engage with residents, municipal and ministry partners on this important issue,” Jensen wrote.

Earlier this week, Victor Lachance and Kirk Albert filed for a judicial review of Ontario’s proposal to build a 235-bed correctional facility in the town of 4,000, in part to relieve overcrowding at the Ottawa-Carleton Detention Centre. #ONpoli

Ontario Green Party Leader Mike Schreiner threw his support behind opponents of the prison, saying it doesn’t make sense to further pave over farmland and calling for the government to shift funding from the criminal justice system to mental health services.

“Ontario needs policies and programs that drive progress towards more healthy and sustainable communities that take care of their most vulnerable members,” said Schreiner in a statement. “Paving over prime farmland to build a prison is the exact opposite of that.”

The ministry has 30 days to respond.

Canada’s criminal justice system is racist. We need more than apologies to fix it