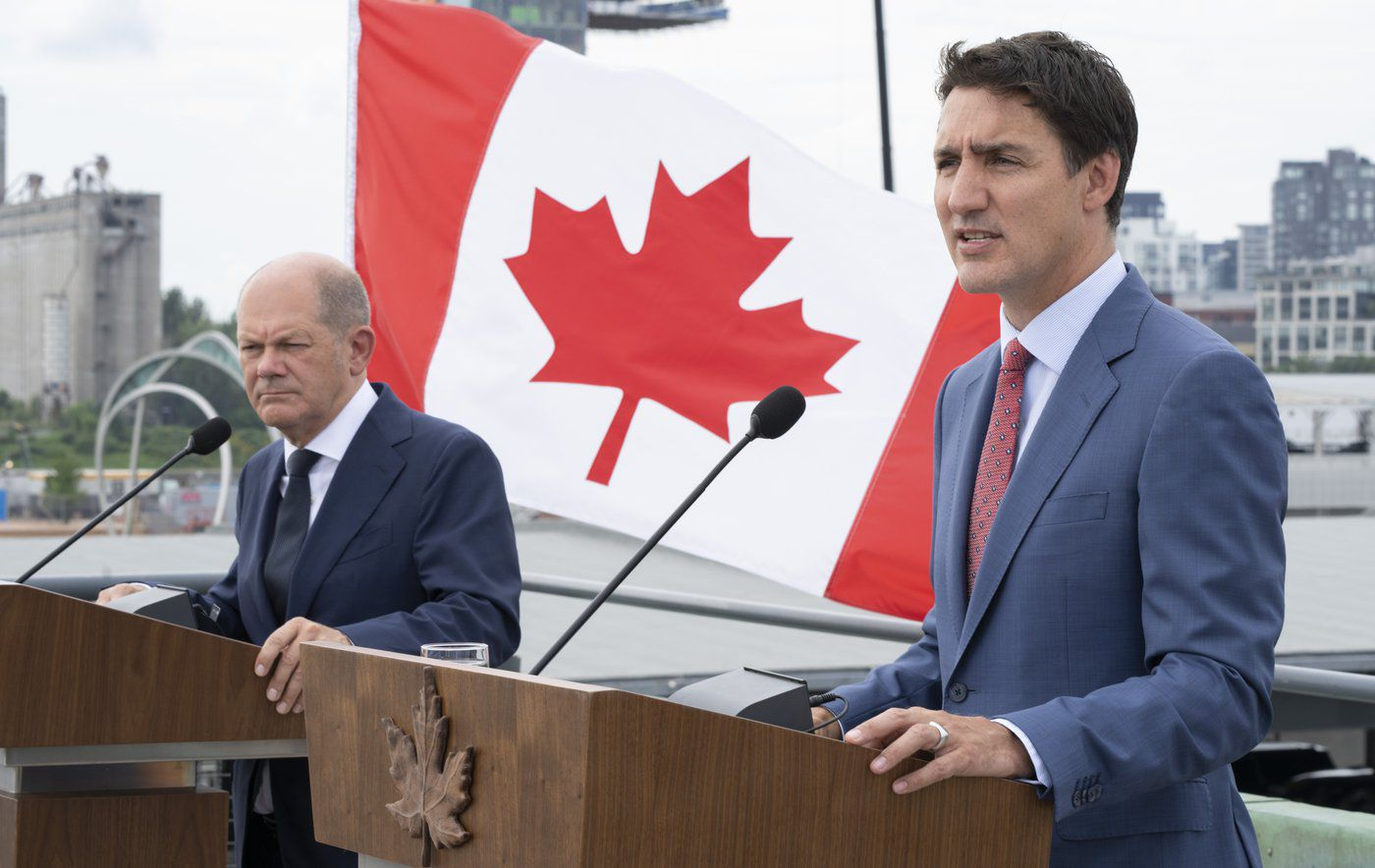 Prime Minister Justin Trudeau responds to a question next to German Chancellor Olaf Scholz during a news conference in Montreal on Monday, August 22, 2022. Photo by The Canadian Press/Paul Chiasson
Previous story

Prime Minister Justin Trudeau and the German chancellor are visiting the western Newfoundland town of Stephenville later today, where they're set to sign a green energy deal.

A local company has plans to build a zero-emission plant that will use wind energy to produce hydrogen and ammonia for export.

Hydrogen is seen as a critical component of Europe's plan to reduce its reliance on Russian fossil fuels, particularly in light of the war in Ukraine and the recent reductions in the supply of Russian natural gas to Germany and other countries.

Cabinet ministers and German business leaders will join Trudeau and Olaf Scholz at a hydrogen trade show in Stephenville this evening.

The town's mayor, Tom Rose, said in an interview he believes the location and existing infrastructure make it an ideal location for such a venture, and the area is poised to be "the green energy hub of North America."

Scholz and vice-chancellor Robert Habeck, who is in charge of the country’s energy file, are visiting Canada for three days this week.