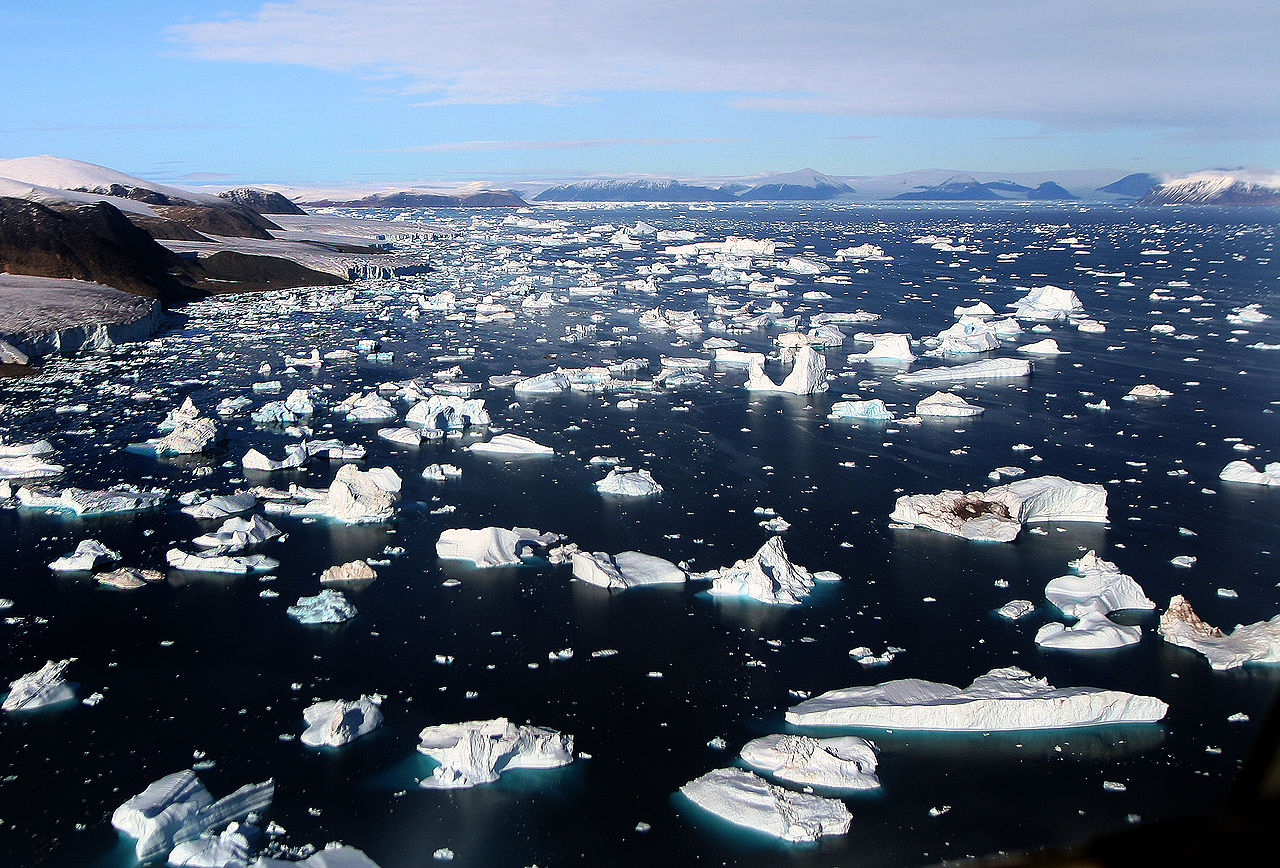 Major sea-level rise from the melting of the Greenland ice cap is now inevitable, scientists have found, even if the fossil fuel burning that is driving the climate crisis were to end overnight.

The research shows the global heating to date will cause an absolute minimum sea-level rise of 27 centimetres from Greenland alone as 110 trillion tonnes of ice melt. With continued carbon emissions, the melting of other ice caps and thermal expansion of the ocean, a multi-metre sea-level rise appears likely.

Billions of people live in coastal regions, making flooding due to rising sea levels one of the greatest long-term impacts of the climate crisis. If Greenland’s record melt year of 2012 becomes a routine occurrence later this century, as is possible, then the ice cap will deliver a “staggering” 78 centimetres of sea-level rise, the scientists said.

Previous studies have used computer models of ice cap behaviour to estimate future losses, but the physical processes are complex and this leads to significant uncertainties in the results.

In contrast, the study published in the journal Nature Climate Change used satellite measurements of ice losses from Greenland and the shape of the ice cap from 2000 to 2019. This data enabled the scientists to calculate how far global heating to date has pushed the ice sheet from an equilibrium where snowfall matches the ice lost. This allowed the calculation of how much more ice must be lost in order to regain stability.

“It is a very conservative rock-bottom minimum,” said Prof. Jason Box from the National Geological Survey of Denmark and Greenland (Geus), who led the research. “Realistically, we will see this figure more than double within this century.”

The 27-centimetre estimate is a minimum because it only accounts for global heating so far and because some ways in which glacier ice is lost at the margins of the ice sheet are not included.

The advantage of this study is that it provides a solid estimate of inevitable sea-level rise but the method used does not give a timescale over which the ice will be lost. Nonetheless, based on scientists’ overall understanding of how sheets such as Greenland lose ice into the ocean, the researchers said most of the rise would occur relatively soon. In 2021, other scientists warned that a significant part of the Greenland ice sheet was on the brink of a tipping point.

“The minimum of 27 centimetres is the sea-level rise deficit that we have accrued to date and it’s going to get paid out, no matter what we do going forward,” said Dr. William Colgan, also at Geus. “Whether it’s coming in 100 years or 150 years, it’s coming. And the sea-level rise we are committed to is growing at present because of the climate trajectory we’re on.”

Colgan said: “If [2012] becomes a normal year, then the committed loss grows to 78 centimetres, which is staggering, and the fact that we’re already flickering into that range [of ice loss] is shocking. But the difference between 78 centimetres and 27 centimetres highlights the [difference] that can be made through implementing the Paris Agreement. There is still a lot of room to minimize the damage.”

Mountain glaciers in the Himalayas and the Alps are already on course to lose a third and half of their ice respectively, while the west Antarctic ice sheet is also thought by some scientists to be past the point at which major losses are inevitable. Warming oceans also expand, adding to sea-level rise.

“There is growing support in the scientific literature for multi-metre levels of rise within the next 100 to 200 years,” said Colgan. A collapse of the colossal east Antarctic ice sheet, which would lead to a 52-metre rise in sea levels over millennia if it all melted, could be averted if rapid climate action is taken.

Prof. Gail Whiteman at the University of Exeter, who was not part of the study team, said: “The results of this new study are hard to ignore for all business leaders and politicians concerned about the future of humanity. It is bad news for the nearly 600 million people that live in coastal zones [less than 10 metres above sea level] worldwide. As sea levels rise, they will be increasingly vulnerable, and it threatens approximately $1 trillion of global wealth.” She said political leaders must rapidly scale up funding for climate adaptation and damage.

It's been obvious to those

It's been obvious to those who are paying even modest attention that we need a national climate adaptation plan ASAP followed by several provincial adaptation plans, and not just on the coasts. Sea level rise is not the only issue that needed to be thought through about a decade or two ago.

One would think that adaptation measures would take place after (or concurrent with) emission reduction measures. The climate rhetoric out of Ottawa could fill a large fleet of supertankers, but does anyone see a real plan anywhere on the horizon?

There are roughly 300,000 people living within a metre of today's average sea level in Metro Vancouver, let alone within the 10 metre zone mentioned in the article's link to the original piece in the Guardian. The worst thing that can happen to them is not rising seas, broken dikes and flooded cities, but career politicians at all levels avoiding the analysis of potential climate threats and the necessary planning processes while keeping hundreds of thousands of their constituents in blissful ignorance until something sudden and tragic occurs.

The BC NDP government is still planning to build an 8-lane replacement tunnel below the Fraser River to the sprawling, low density car-dependent suburbs, a massive piece of infrastructure that is destined to be flooded before it has reached its design lifespan. The tunnel project resulted from a purely political decision to change from an equally stupid 10-lane bridge and Shanghai-scale 20+ lane interchange proposed by the previous 'Liberal' (read: conservative) party in power. Autotopia is not a viable solution for anything, let alone sustainable urbanism, climate mitigation, sound economic management and professional land use planning.

The city of Richmond (pop. 220,000) is also waltzing its merry way to disaster by approving lots of medium density development with no serious policy on climate adaptation. Note that the highest part of Richmond is already one metre BELOW current sea level at high tide. It survives only by having dikes at its perimeter and running diesel pumps 24/7/365. When the big flood inevitably happens, there will be a decade of follow up essays and published studies on the ignorance, naivete and hubris of municipal decision makers and their provincial masters who couldn't bring themselves to look at the future and plan to either float the city (not as outlandish as one would think at first glance), plan for coastal retreat in conjunction with neighbouring cities, or watch as thousands of lives are put at risk and hundreds of thousands lose everything and flee after the first dike breach.

Sea rise will be slow enough for planning, incremental implementation and affordable bite-sized budgets to be worked out well in advance. But officials are too paralyzed to even take the first step: Admit there is a problem that the status quo won't even begin address. The dikes currently hold back the Fraser River during freshet at a time that coincides with the early summer king tides (historic floods occurred during this period), but there is little research on how high and wide the dikes can be built on a very deep foundation of soft alluvial soils, or how much salt water infiltration will increase from below ground.

Some planners and engineers are talking about this. It's time to give them a podium.