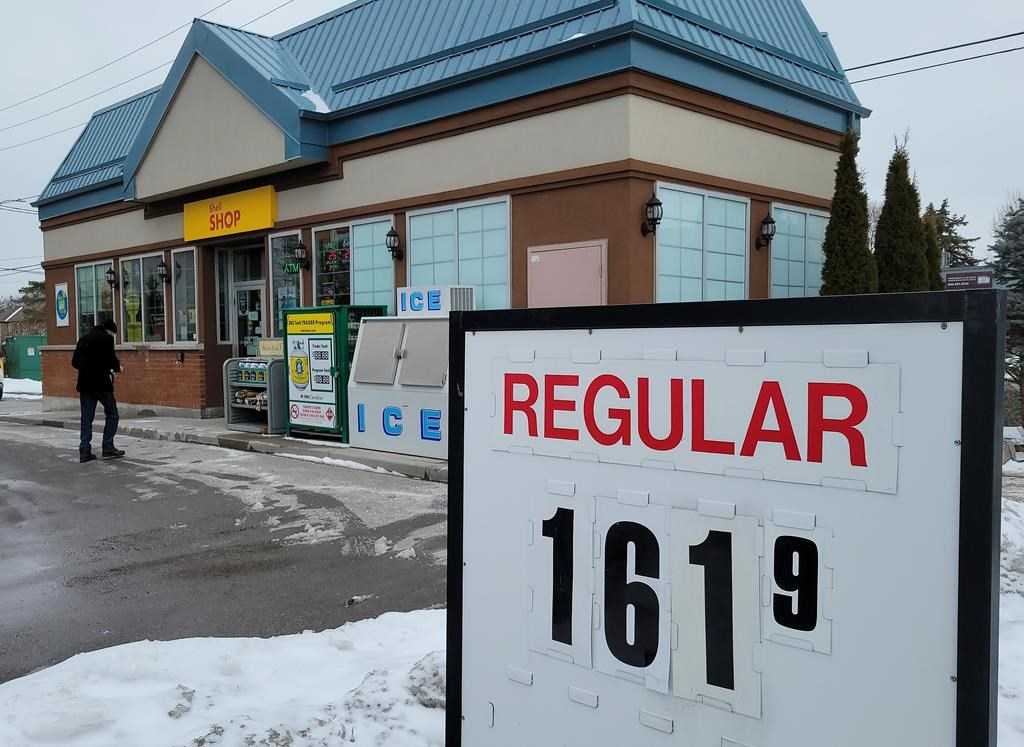 Gas prices are shown at a Shell gasoline station in Newcastle, Ontario on Saturday, February 26, 2022. File Photo by The Canadian Press/Doug Ives
Previous story
Next story

The final long weekend of summer will also be the cheapest for Canadian drivers, with gasoline prices heading into the Labour Day holiday the lowest they've been since late February.

The national average retail price for regular gasoline on Thursday, according to Natural Resources Canada, was 161.1 cents per litre. The last time Canadians saw average gasoline prices in the $1.60 range was during the last week of February, just before the effects of Russia's Feb. 25 invasion of Ukraine began to be felt at the fuel pumps.

Gasoline prices rose steadily after that, hitting a peak of 215.1 cents per litre in early June. It cost drivers more than $2 a litre, on average, to fill up heading into the Canada Day long weekend, and the August civic holiday wasn't much better with average prices in the range of 180 cents per litre.

But prices have been declining steadily since August, in part due to the falling price of crude oil and also because of lower U.S. refining margins. On Friday, the October U.S. crude contract was trading at US$86.61 per barrel, its lowest level since late January.

Vijay Muralidharan, managing director of R Cube Consulting Inc., said what's happened is a form of demand destruction. Skyrocketing inflation in the U.S., which is the largest global market for gasoline, has forced some drivers to curtail their consumption. And with many economists speculating about the possibility of a global recession, oil traders are getting nervous.

"The war in Ukraine added a 15-cent-per-litre premium to gasoline prices, at its peak," Muralidharan said. "Now that premium is dissipating somewhat. Not because the war is ending, but because of demand fears. There's a lot of pessimism in oil markets right now."

Muralidharan said he believes prices could be sustained at the current level, though if the members of the Organization of Petroleum Exporting Countries were to decide to raise crude output in response to declining prices, that would send the cost of gasoline spiking again.

While gasoline prices have eased off across the country, the cost of fuel varies significantly by region due to factors such as transportation costs and local taxes.

According to fuel price tracking website GasBuddy.com, British Columbia has the most expensive gasoline heading into the Labour Day weekend, at an average 185.0 cents per litre.

The cheapest gas can be found in Alberta, where the average currently sits at 140.8 cents per litre.

This report by The Canadian Press was first published Sept. 2, 2022.