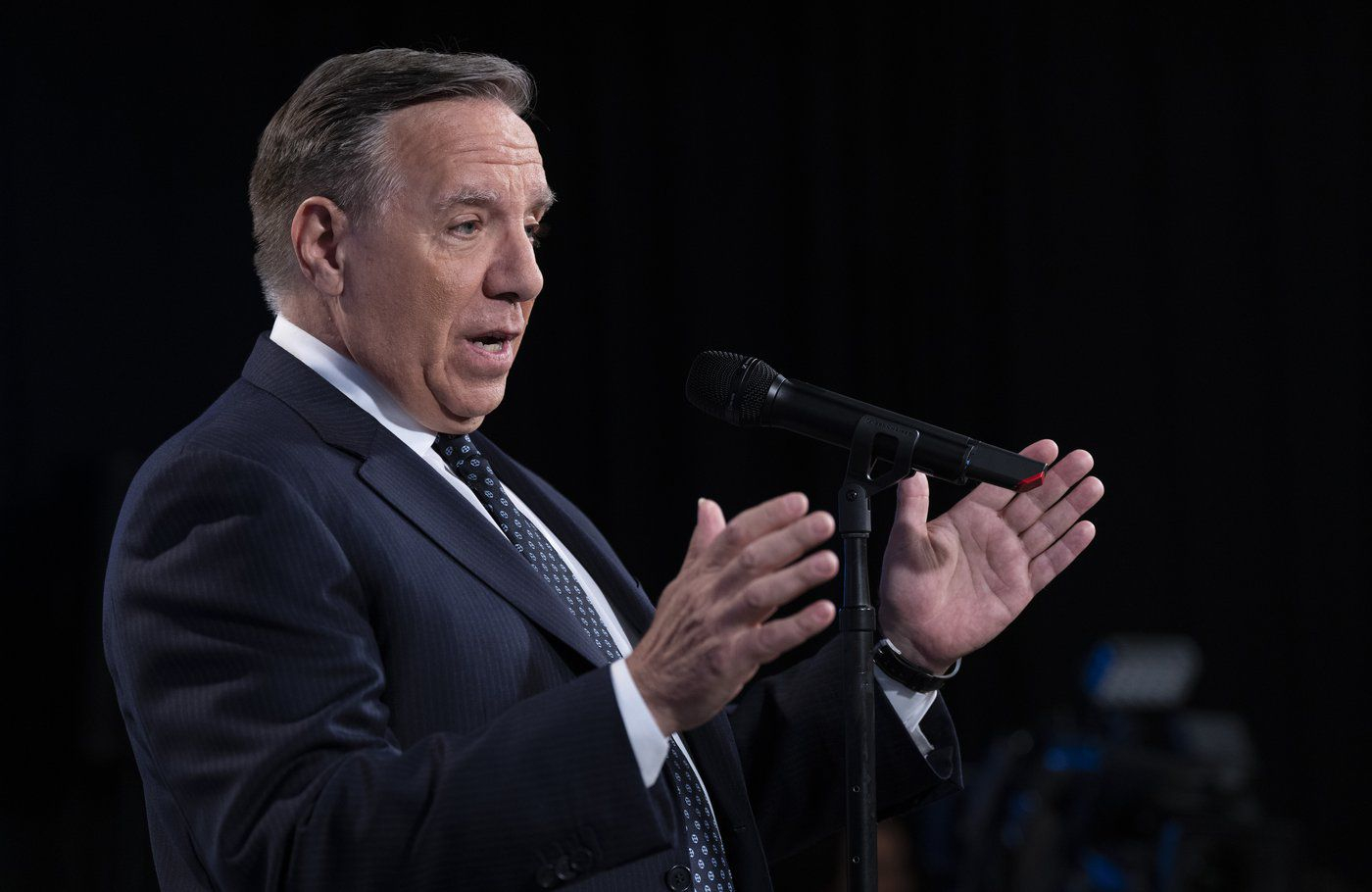 Legault made the comments a day after the five major party leaders squared off in the first election debate of the campaign. Ahead of the next contest, scheduled for Thursday, Legault said that he hopes to explain his environmental ideas more fully and that the opposition's plans aren't achievable.

The CAQ government is committing to reduce Quebec's greenhouse gas emissions by 37.5 per cent compared to 1990 levels by 2030 — a plan that is part of a strategy released earlier this year to reach carbon neutrality by 2050. The Liberals are proposing a 45 per cent reduction target over that same period. Québec solidaire, meanwhile, is aiming higher at 55 per cent.

Legault said the other parties aren't being serious because they have not revealed where the extra electricity to replace fossil fuels would come from, adding that building a new dam takes at least 15 years. The opposition parties have ruled out building another hydro megaproject.

"Without a dam, it's impossible," Legault told reporters outside his party's Montreal office. “Do they want nuclear? Natural gas? Petrol? They can't just say, 'We're going to get energy, but we don't know where.'"

Earlier in the campaign, Legault said he would ask the province's hydro utility to consider new hydroelectric dam projects, but he didn't say where they would be built. Legault said the utility needs to produce an extra 100 terawatt hours to meet the expected rise in demand over the coming years, which would equal half of the annual output of Hydro-Québec.

"I don't want to have my hands tied behind my back negotiating with Newfoundland, obliged to sign no matter the price," Legault said, adding he would be open to discussing other energy projects with the Newfoundland premier.

On Day 20 of the campaign, all five leaders spoke to municipal leaders at a Montreal conference, with all of them showing an openness to the mayors' call for a "green pact" to fight climate change, something Legault had seemingly dismissed a few days ago.

Québec solidaire spokesperson Gabriel Nadeau-Dubois continued his attack from Thursday's debate against Liberal Leader Dominique Anglade, whom he accused of being an ineffective official Opposition leader. Nadeau-Dubois was scheduled to campaign Friday in Anglade's southwestern Montreal riding of St-Henri-Ste-Anne.

After Thursday's debate, Legault bluntly declared to reporters that there was no reason for the Quebec Liberals to exist anymore because the party is no longer the only federalist option. The CAQ and the Conservatives have both rejected holding independence referendums in the short term.

Anglade fired back against Legault and Nadeau-Dubois on Friday, saying she's running for the premier's job and Nadeau-Dubois can content himself with second place. As well, she said her party has "more than ever" a reason to exist and is offering a real alternative on economic issues and inclusion.

“He (Legault) is a premier who is overwhelmed by economic and climate issues,” Anglade said.

This report by The Canadian Press was first published Sept. 16, 2022.