The next session of Parliament could fix health care, slash emissions and tackle inequality. Will it rise to the challenge? 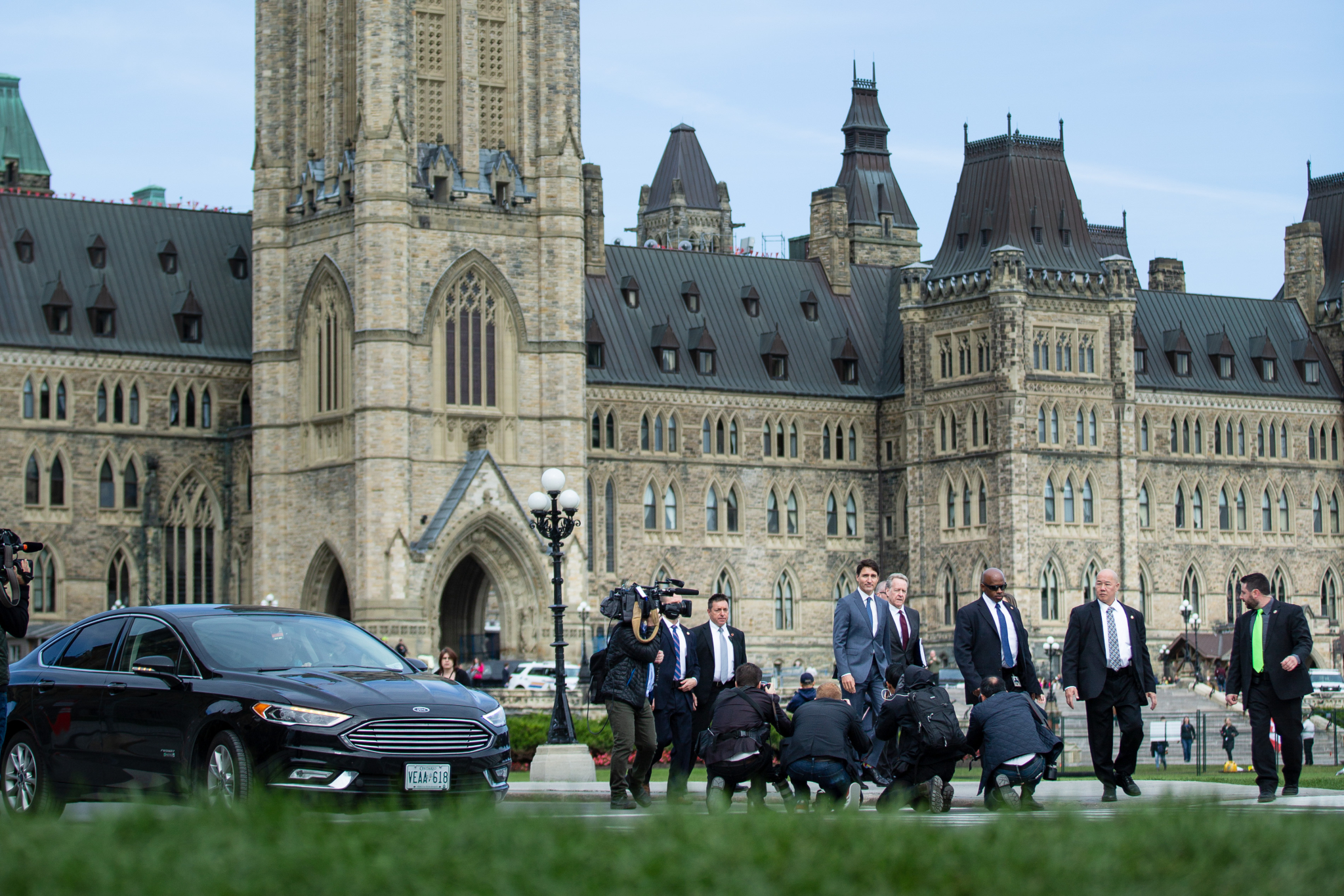 Prime Minister Justin Trudeau is followed by reporters on Parliament Hill, Oct. 1, 2018. In this new session, MPs will have to get down to business. Photo by Alex Tétreault
Previous story
Next story

The fall session of Parliament will test all five parties’ mettle.

Newly minted Conservative Leader Pierre Poilievre will be scrutinized for whether he can shift from polarizing far-right rhetoric towards a narrative that is more parliamentarian — or whether he’s digging in his heels.

NDP Leader Jagmeet Singh will be fighting for air time after the Liberals acquiesced on his demands to move forward on more affordable dental care and housing supports in the spring budget and, more recently, to an important GST credit top-up before year’s end. How will his party move the needle next?

Given the divisive election in Quebec, the Bloc will be watched to see how it responds to federal political winds.

The Green Party will be tested for its ability to keep its two sitting members of Parliament amid its fractious quest for new leadership.

And the Liberals will face challenges from every direction, including accusations of spending too much, too little, or having too few provincial strings attached.

This is all political theatre, of course. In real life, many Canadians will continue to struggle to make ends meet as inflation remains stubbornly high and the Bank of Canada continues to increase interest rates.

But the real political test for all parties, and especially the government, could come in the form of a Bank of Canada-made recession — a real possibility that will pick up pace this fall.

The Bank of Canada has never entered an interest-rate-rising cycle with the level of private debt that we’ve got today.

The combination of rising interest rates and high private debt catapults Canada into the second most dangerous economic period since the Second World War.

Opinion: The fall session will be anything but boring and the federal government must take concrete steps to increase income security, writes @DavidMacCdn @ccpa. #cdnecon #cdnpoli

To put that in context, the last time Canada hiked interest rates by three points within seven months’ time it was February 1995. Private sector debt stood at 142 per cent of GDP, 79 points lower than today.

Combine that with other economic uncertainties — Russia’s war on Ukraine, supply chain shortages, and increasingly volatile politics at home and abroad — and you have a recipe for political discontent.

Meanwhile, workers in underpaid sectors are growing increasingly impatient. For all the business talk about labour shortages in some industries, like food and accommodation, the reality is that 63 per cent of job postings in Canada are in industries with a wage shortage: the wages are below what job seekers would be willing to accept to fill those jobs.

So Canadians are in a mood, workers aren’t going to take it anymore, and the minority Liberal government has its hands full with multiple pressures.

And I haven’t even gotten into the rise in excess corporate profits, an Employment Insurance (EI) system whose pandemic boosts stop in September, and a climate crisis that demands governments wean themselves off a fossil fuel economy.

What to look for in the fall session

The fall session will be anything but boring.

This month, we’ll be releasing our annual Alternative Federal Budget (AFB), which contains our suggested solutions to all of these problems, and then some.

It also maps out a plan to cut poverty in half by 2026 — four years faster than the current federal plan. It does so by adding two new income security pillars to the federal envelope: a new Canada Livable Income Benefit for Canadians who don’t have children and aren’t seniors, and a new Canada Disability Benefit.

The alternative budget does the following:

Solutions to these issues are within reach — will politicians rise to the challenge?

There are lots of things that

There are lots of things that can be done to improve the lives of the lower class, but it will cost a lot.

It is high time for politicians to stop promising lower taxes and start talking about taxing the rich and imposing extra taxes on the already rich, who generally contribute little to society while enjoying all its benefits. But this can only be done at the same time as other countries also do it, particularly the USA.