Putin 'failing and flailing,' has led to escalation of war and nuclear threats: Trudeau 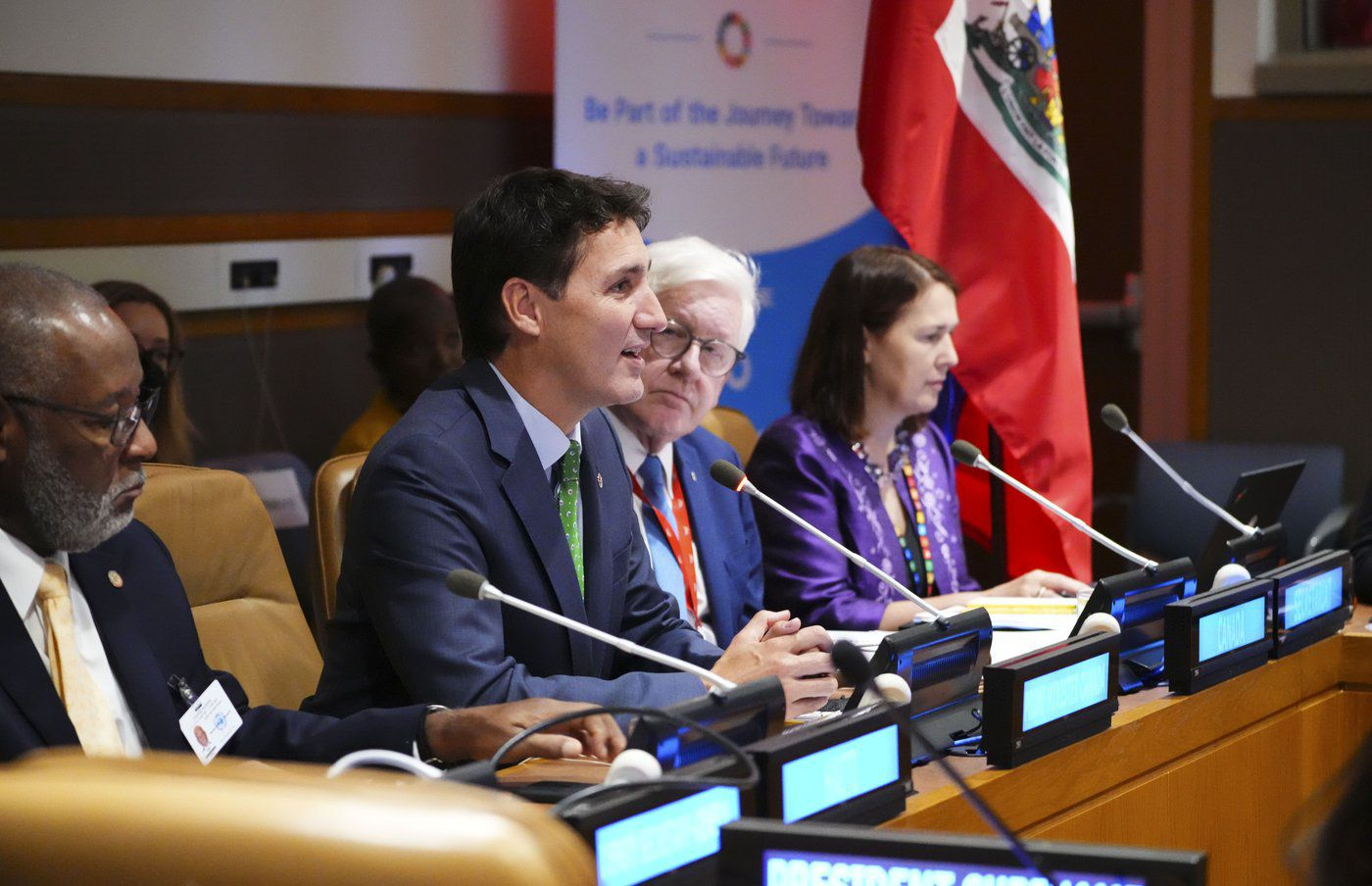 Prime Minister Justin Trudeau condemned Russia's "flailing and failing" president Wednesday, joining a chorus of global outrage aimed at what he described as Vladimir Putin's panic-stricken escalation of a collapsing war in Ukraine.

Trudeau was wrapping up two days at the United Nations just as Ukrainian President Volodymyr Zelenskyy, speaking to the General Assembly by video, pleaded with the international body to punish and isolate his country's tormentor.

That was even more the case Wednesday after Putin announced plans for Russia's largest mobilization of reservists since the Second World War and issued ominous warnings about using nuclear weapons.

To Trudeau, it was all evidence of an abject and widening failure.

"Putin was wrong and he is right now failing and flailing in his response to the situation," he told a late-day news conference.

The decision to impose "partial conscription" is evidence of something Putin has never been willing to admit to his own people, Trudeau said: that the war "is an example of things not going to his plan."

Trudeau vowed to maintain ever-tougher economic sanctions against Russia, help train Ukraine's military and maintain the flow of aid and humanitarian assistance — ammunition is one specific request, he noted — but offered few specifics on what else might be in the cards.

He pointed to Canada's expertise in exporting and shipping grain around the world, a specific challenge given Ukraine's role as a leading global source. That particular pressure has recently eased as a result of a UN effort, aided by Turkey to get Ukrainian grain past Russian blockades.

Trudeau called Putin's nuclear sabre-rattling — "This is not a bluff," Putin said as he threatened to use all means at his disposal to prevail in the conflict — "absolutely unacceptable" and too dire to ignore.

Those threats, Trudeau said, "we need to take seriously, but we also need to stand very firmly against."

Just before Trudeau's news conference, Zelenskyy himself addressed the General Assembly by video — a rare exception to the UN's rules that leader-level speeches must be delivered in person.

Zelenskyy urged the delegates to strip Russia, a founding member of the UN, of its vote in international institutions, as well as its coveted veto at the UN Security Council.

Ukraine's soldiers "can return the Ukrainian flag to our entire territory. We can do it with the force of arms," he said. "But we need time."

"Whoever you are, wherever you live, whatever you believe ... that should make your blood run cold."

The Russia-Ukraine dynamic largely usurped much of what Trudeau spent two days announcing and talking about in New York, including a marquee announcement of $1.21 billion for the Global Fund, a 20-year-old effort to eradicate treatable infectious diseases like HIV/AIDS, tuberculosis and malaria in the developing world.

"We are living through a dark and stormy time where things can seem so sombre," Trudeau told the crowd, many of whom swarmed him for small talk and selfies during a break in the proceedings.

"But when I look at what we’ve done together in the face of diseases like HIV/AIDS, which for decades ravaged communities, what I see is hope. What I see is proof that our institutions can work well."

There was also another $100 million for measures designed to help those efforts avoid being hamstrung by the ongoing COVID-19 pandemic, a crisis that Trudeau, when asked, would not say had largely run its course.

There was $20 million in post-earthquake rebuilding aid for Haiti, where rampaging gang violence has paralyzed the country and largely overpowered a provisional government.

And there was a relentless effort to make sure that climate change stays near the top of the agenda in spite of what Bob Rae, Canada's UN ambassador, called a "cascade of crises" competing for attention and aid.

That effort has largely been successful, even in Europe, where Russia's war poses an ever-present threat, Environment and Climate Change Minister Steven Guilbeault said earlier Wednesday.

"They want to produce 25 per cent of their electricity by rooftop solar panels by 2030. It's unbelievable," he said.

"They're making more and more investment. And Canada said we will help Europe in as many ways as we can while maintaining our fight against climate change."

Biden, he added, recently signed off on his Inflation Reduction Act, which includes some US$369 billion in funding for climate initiatives, the single largest investment of its kind in U.S. history.

"I don't think climate change is being put on the back burner," he said.

"We live in an era where, regardless of what other important things are happening on the international scene, environmental issues like climate change and biodiversity loss have become international priorities."

Rae said Tuesday that he recently visited Haiti to see the chaos for himself. The gangs have even taken over the courthouse in the capital city of Port-au-Prince, he said.

"We're not going to declare … that we've got a magic solution. That's not how it works," Rae said.

"We're going to try to play as constructive a role as we can. We all know that there's going to be more required."