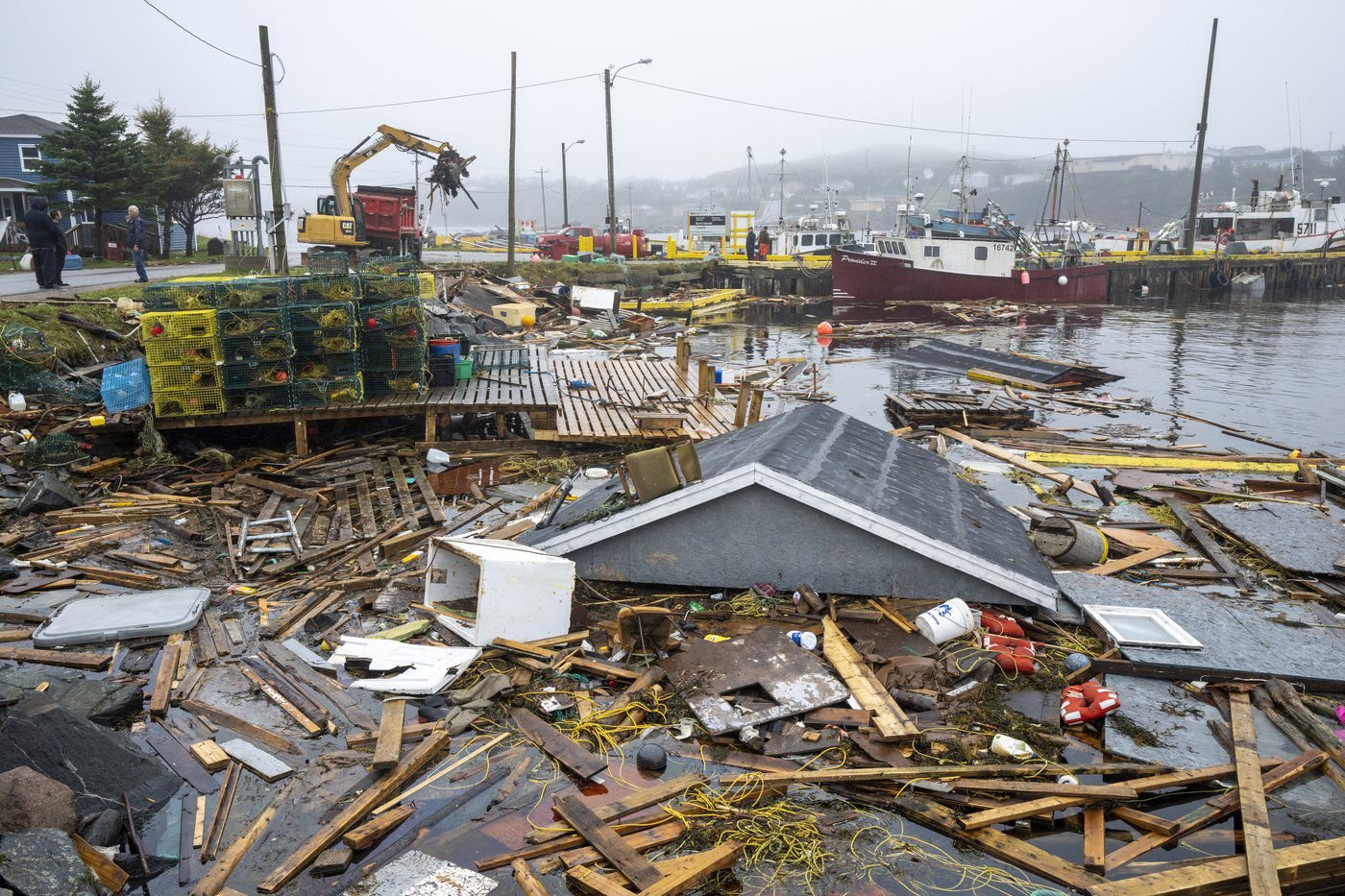 Heavy machinery clears up washed-up buildings and rubble in the harbour in Burnt Island, Newfoundland and Labrador on Tuesday, Sept. 27, 2022. Photo by The Canadian Press/Frank Gunn
Previous story

Colourful fishing stages bobbed in the water by Rose Blanche-Harbour Le Cou Tuesday as Cliff Bateman watched from his property.

Days earlier, the picturesque buildings that are used to land and process fish were upright before post-tropical storm Fiona swept them into the ocean by the southwestern Newfoundland town.

Bateman watched the storm toss them through the water.

"It's a big loss, I tell you that," he said from inside his kitchen. The now-retired fisherman said he stored a priceless accumulation of gear and history inside the structures that were passed down through his family, some built over 100 years ago.

"You work all your life for it, and in an hour, everything gone."

Fiona's path of destruction through Atlantic Canada heavily damaged the fishing industry and communities along Newfoundland's southwestern coast have not been spared. Fishers and property owners are awaiting word about possible government assistance and are left wondering whether it will be enough to fill the gaps.

In Burnt Islands, about a 20-minute drive west from Rose Blanche, Troy Hardy stepped off his boat Tuesday to look over the scene. Fishing stages by the community harbour were badly damaged, destroying people's workstations and spilling their equipment into the sea.

Some people, like Hardy, had less severe losses, but of the roughly nine fishers in the community, he said "it's safe to say every one of them was affected in some way."

"Everybody's livelihood is greatly impacted by what happened, to the point where you're just trying to look around and see how you're going to make it work for the upcoming season," Hardy said.

On top of personal gear, a building shared between fishers for their work and storage of their catches was badly damaged, Hardy said. He expects people will be scrambling to salvage and source equipment before next spring's seasons.

"It's a big impact for the fish harvesters, that's for sure," he said. "It's very worrisome."

This report by The Canadian Press was first published Sept. 28, 2022.