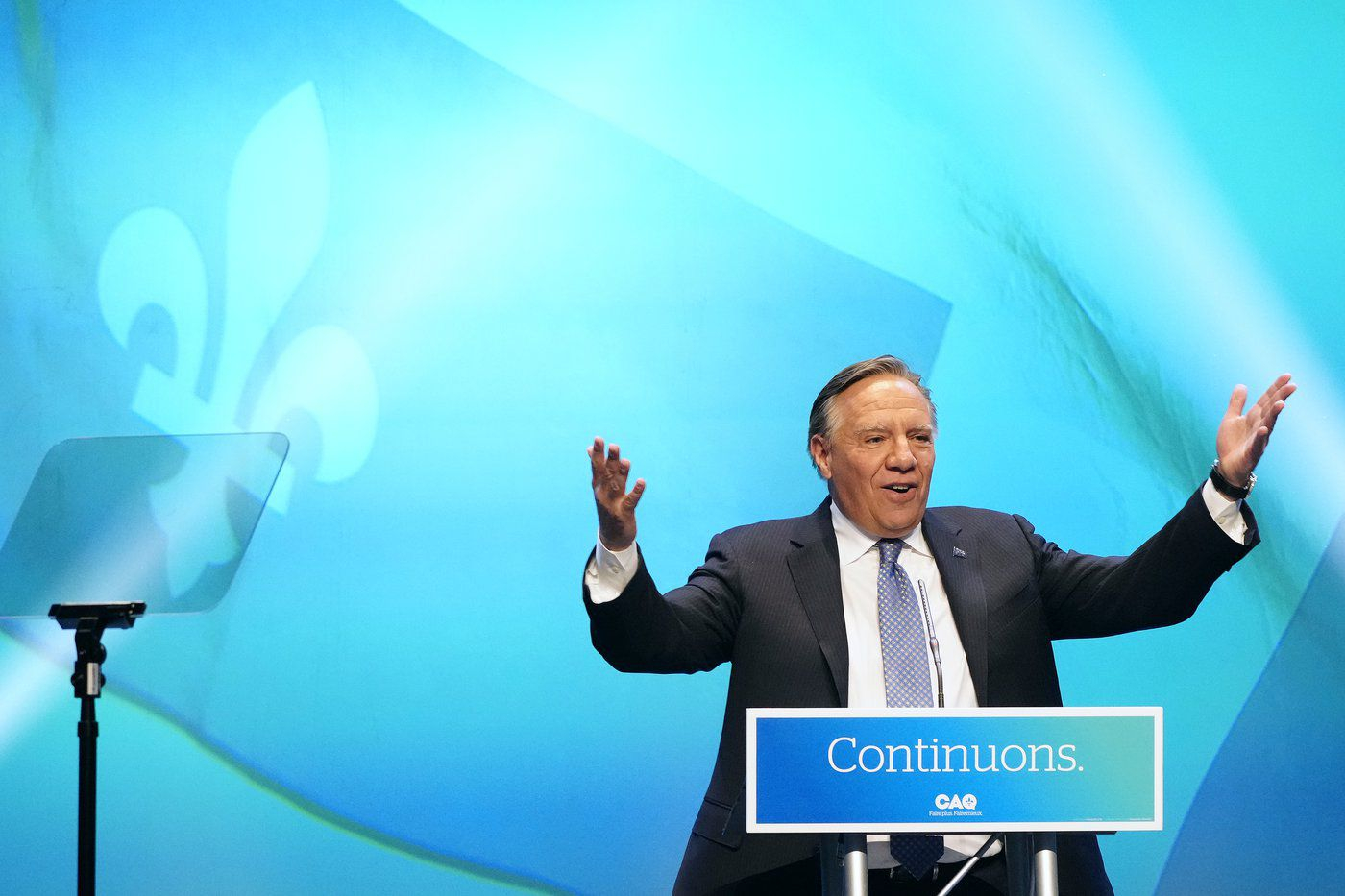 Control over immigration and Quebec's religious symbols ban could be sources of conflict between Ottawa and the province as Premier François Legault begins his second mandate.

Legault's Coalition Avenir Québec was re-elected Monday with a resounding majority, elected or leading in 89 of the province's 125 ridings as of 11:30 p.m.

Martin Papillon, a political science professor at the Université de Montréal, said the balance of power between Prime Minister Justin Trudeau and Legault may have shifted in the Quebec premier's favour.

A stronger mandate could embolden Legault, Papillon said in a recent interview. He said Trudeau will need to be careful in his handling of Quebec — and of the premier who has claimed to represent all Quebecers to Ottawa — with polls showing rising support for Pierre Poilievre’s Conservatives

On the campaign trail, Legault spoke frequently about immigration, often claiming that too many immigrants would put the survival of the French language in the province at risk. He has said he wants Ottawa to give Quebec — which already chooses its own economic immigrants — control over family reunification and temporary foreign workers.

“I think this is going to be a major sticking point with the federal government in the coming months,” Papillon said.

Legault said in May that a stronger mandate would help him obtain additional powers over immigration, but André Lecours, a professor at the University of Ottawa's school of political studies, said he thinks it's unlikely that the federal government would bend to Quebec's demands.

At its core, Lecours said, the conflict between the Legault and Trudeau governments over immigration stems from different ideas about diversity. While the federal government promotes multiculturalism, Legault has advocated integration centred on the French language and shared values, including secularism.

"It’s really this different vision about identity and diversity that causes the clash with the federal government," he said.

#Immigration could be source of conflict between Ottawa and Quebec's re-elected #CAQ. #CDNpoli #Polqc

Those differing ideas could also lead to conflict over Quebec's Bill 21, which prohibits public sector workers in positions of authority, including teachers, police officers and judges, from wearing religious symbols on the job.

In May, federal Justice Minister David Lametti said that if a court challenge of the law reaches the Supreme Court, the federal government would get involved.

Legault's government invoked the notwithstanding clause to shield the law from court challenges, arguing use of the constitutional provision was justified because a majority of Quebecers support the legislation. The premier has condemned the criticism of the law from English Canada.

Papillon said that any federal involvement before the courts would play in Legault's favour, because he has emphasized the division between English-speaking Canada and Quebec on the issue.

One of the big questions of Legault’s new mandate will be what happens if the federal Liberals change leaders or if the Conservatives take power in the next federal election. Ideologically and in terms of political style, Legault is closer to the federal Conservatives than any other party.

And while Papillon said he hesitates to compare Legault and Poilievre, because they are “two different political animals,” he adds that like Poilievre, Legault has shown during the campaign that he is not afraid to stir controversy. At one point, he apologized after drawing a link between immigration and violence and extremism.

But for one of Legault’s former colleagues, his controversial comments, and the apologies that sometimes follow, are familiar.

Louise Harel said the Legault she sees in the premier’s office is the same man she knew when they were both PQ cabinet ministers in the 1990s and early 2000s. His habit of speaking impulsively often forces him to backpedal, she said in a recent interview, but that plays well with many Quebecers, who see themselves as underdogs.

Harel said Legault has always seen time spent debating in the legislature as something of a waste and has adopted a top-down style of government, with power centralized in his office and those of a few key ministers.

“It’s really like a private business, so he’s the CEO and there’s an executive committee, like in very large companies,” she said.