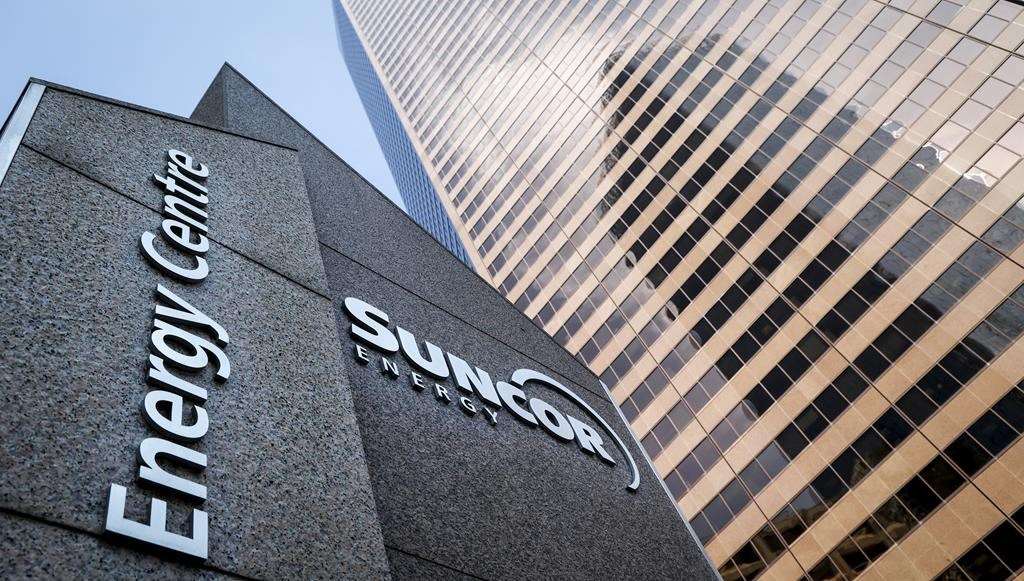 The Suncor Energy Centre picture in downtown Calgary, Alta., on Sept. 16, 2022. Suncor Energy Inc. says it is selling its wind and solar assets for $730 million to Canadian Utilities Limited, an ATCO company. File photo by The Canadian Press/Jeff McIntosh
Previous story
Next story

Suncor Energy Inc. says it is selling its wind and solar assets to Canadian Utilities Limited for $730 million.

The move follows Suncor's announcement last April that was divesting its wind and solar assets to focus on areas of energy expansion, including hydrogen and renewable fuels.

The Calgary-based oilsands giant says in a release Wednesday that it wants to concentrate on its core business as it progresses to net-zero by 2050.

Kris Smith, Suncor's interim president and CEO, says its efforts will include replacing coke-fired boilers at its base plant with lower emission cogeneration units.

He says Suncor will also be investing in hydrogen and low-carbon fuels and accelerating commercial-scale deployment of carbon capture technology.

The company says the transaction is expected to close in the first quarter of 2023.

This report by The Canadian Press was first published Oct. 5, 2022