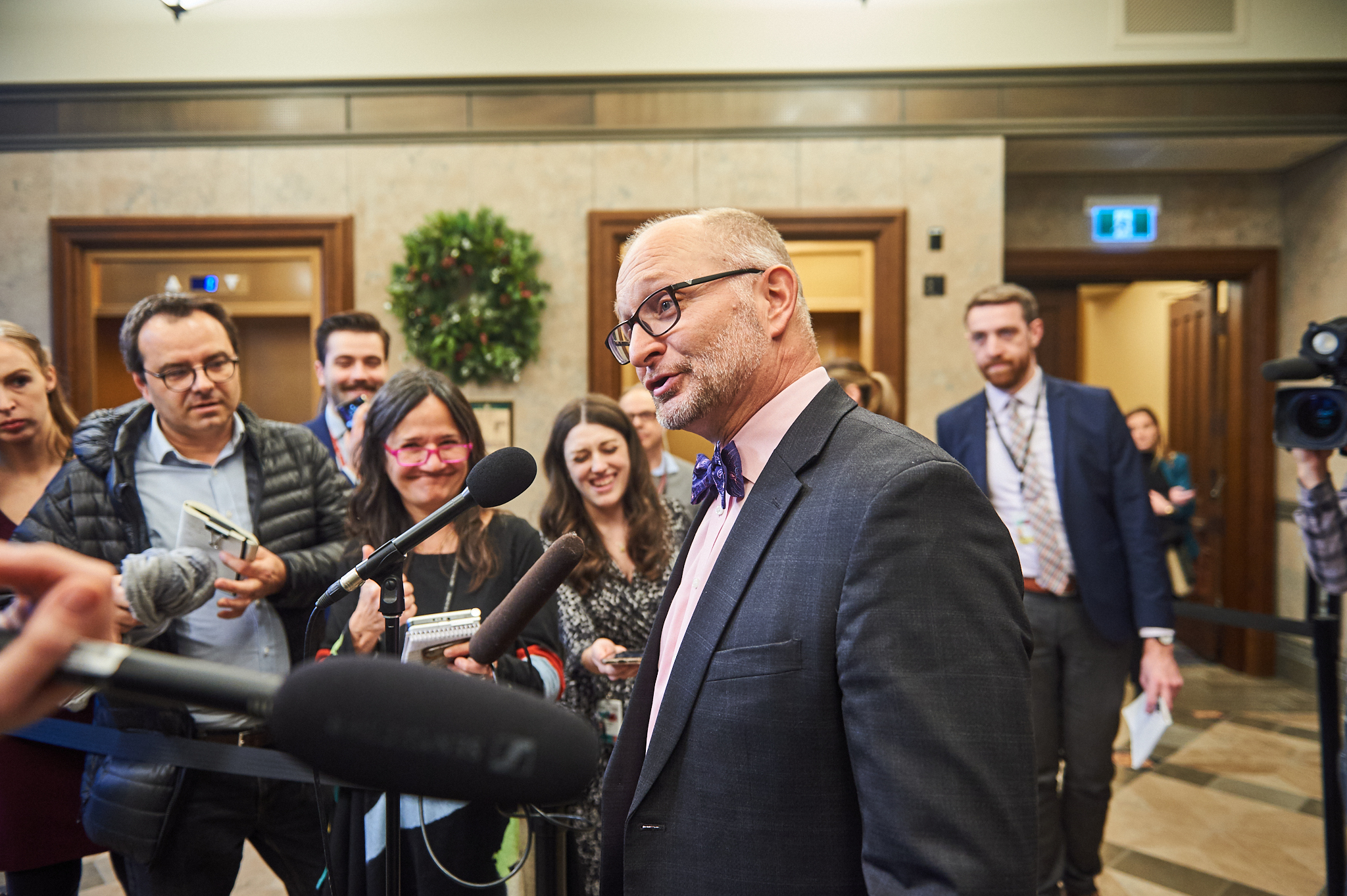 Kim Beaudin has over two decades of experience advocating for urban and non-status Indigenous Peoples impacted by a justice system that is stacked against them. He would have put that experience to use at a meeting of Canadian justice ministers Wednesday, but the vice-chief of the Congress of Aboriginal Peoples (CAP) says his organization was shut out.

CAP was previously invited to similar meetings when Jody Wilson-Raybould was justice minister, but since Lametti took over, the organization has been sidelined, Beaudin said.

The vice-chief believes his advocacy is integral to incarcerated Indigenous Peoples, who make up 32 per cent of Canada’s inmates, according to the federal correctional investigator. He listens to the stories of prisoners — some who are wrongly jailed and others who are former gang members, he says.

“My experience is lived and front-line,” he said in an interview with Canada’s National Observer.

He still talks to Indigenous prisoners and advocates for them, particularly in Saskatchewan, where he is from.

Beaudin would've liked to attend the justice meeting to advocate for the release of Odelia and Nerissa Quewezance, two sisters who maintain they were wrongly convicted of second-degree murder. The federal correctional investigator reports Indigenous women account for half of all women in Canadian prisons.

But since he wasn't at the table, Beaudin wasn’t given the chance to speak directly to Lametti to advocate for their release, he said. The case is currently under federal review.

“I could have had an opportunity to ask them: ‘Why are you opposing the release of these two sisters?’” he added.

Kim Beaudin, vice-chief of the Congress of Aboriginal Peoples, has been advocating from the frontlines for two decades, helping Indigenous Peoples impacted by the justice system. But his voice wasn't at the table with Canada's justice ministers. #CAP

The sisters aren’t the only prisoners CAP has been advocating for, and it’s not the only issue Beaudin wants addressed. Police brutality, police-Indigenous relations and underfunding for CAP programs are other issues he says need airing.

The Native Women’s Association of Canada (NWAC), like CAP, was also shut out of the meeting. NWAC heard the news the same week as vigils were held across Canada for missing and murdered Indigenous women and girls in a move the organization’s president called a “slap in the face”.

A spokesperson for Lametti previously told Canada’s National Observer the federal government worked out the meeting’s agenda and invitation list with AFN, ITK and the MNC.

But Beaudin takes issue with the government’s so-called “distinction-based approach,” which prioritizes status for those holding treaty rights, because there are many Indigenous Peoples who don’t have status and go unrepresented. Countrywide, 44.3 per cent of the total Indigenous population now lives in large urban centres, according to the most recent census by Statistics Canada.

There has also been little collaboration between the AFN and CAP, even after Beaudin reached out to the assembly, he said.

“We’re not going to stop because we believe those three organizations are not doing their job,” he said, though Beaudin acknowledges some people in the AFN are on the same page as CAP on justice issues.

In a statement to Canada’s National Observer before the meeting, ITK wrote: “ITK welcomes the opportunity to join the Assembly of First Nations and Métis National Council in Halifax this week to meet with federal, provincial and territorial ministers of justice and public safety.”

Cassidy Caron, president of the Métis National Council, was unavailable for comment. The AFN did not respond to Canada’s National Observer by the time of publication.

Back in the day, the AFN was

Back in the day, the AFN was formerly known as the National Indian Brotherhood.

That posture, along with the Two-Axe Earley case and decision, shifted attention to the situation of Indigenous Women.

Clearly, that change is not sustained or supported by the current government.

This is inexcusable, and completely unacceptable.

I am profoundly disappointed in Minister Lametti's position on this--and I fully expect NWAC to be included in these discussions, and in all decisions involving and affecting Indigenous women.