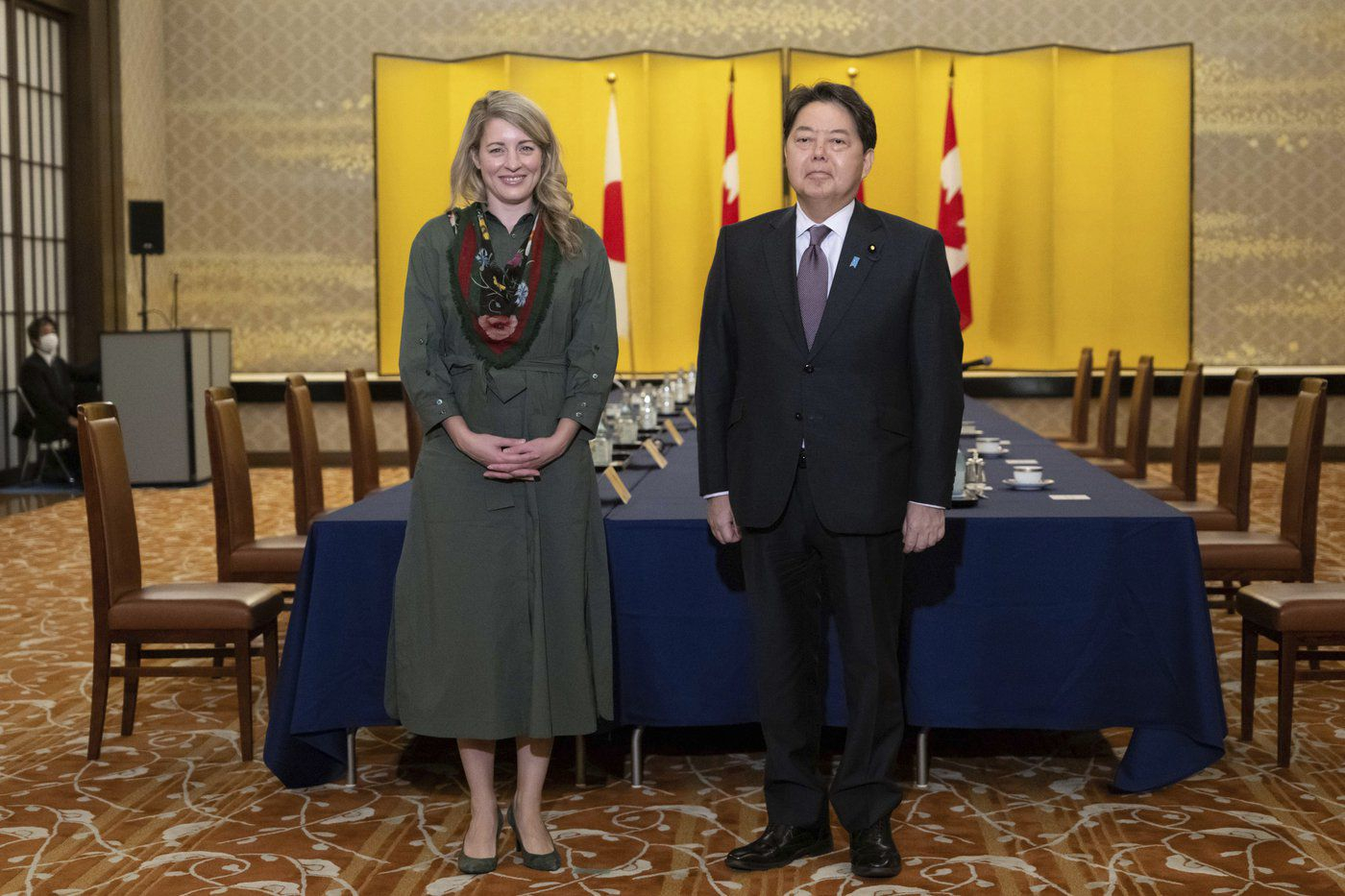 On a visit to both countries this week, Joly said she found a growing appetite for liquefied natural gas from Canada beyond a looming megaproject.

A major export terminal is set to open in 2025 in Kitimat, B.C., with Japanese and Korean companies holding a 20 per cent stake.

"We will become a major supplier of key energy for them, starting in 2025," Joly said in a Thursday interview from Seoul.

"There is a lot of interest for all of us to go even further."

Joly said these types of projects will help Canada shore up energy security in the region, where China and Russia have been growing increasingly assertive.

"Japan and Korea were already very close to Canada, but it is now in Canada's interest more than ever, that they be best of friends," she said.

"We know that there's a lot of instability in the world, and when that's the case, Canada reaches out to the world to create more stability."

Joly said a series of missiles that North Korea launched over Japan this month loomed large in her talks with local officials and the Canadian navy.

She visited HMCS Vancouver, which is undertaking exercises to monitor sanctions on North Korea "in view of their reckless actions," Joly said. That often means monitoring ships that stop near each other, to see whether goods or fuel are being transferred.

In September, the Vancouver sailed through the Taiwan Strait alongside a U.S. warship to demonstrate Canada's position that the area near mainland China counts as international waters.

In Tokyo, she co-launched formal talks aimed at having Canada and Japan share military intelligence.

Joly's weeklong visit wraps up Saturday. She said the intent is to build on close ties with allies ahead of an Indo-Pacific strategy that should outline Ottawa's approach to dealing with China.

"The goal right now is to lay the foundation for the strategy," she said.

Joly has previously said that a major summit the Chinese Communist Party is holding next week will help inform Canada's Indo-Pacific strategy, which she has promised to release by the end of this year.

Opposition parties have argued the strategy is long overdue, and business groups say they need Ottawa to clarify the regions and industries where it wants closer ties, and which countries Canada deems to be riskier.

This report by The Canadian Press was first published Oct. 13, 2022.

Animal rights activists are escalating tactics to expose ‘systemic abuse’ in factory farms. Has it backfired?