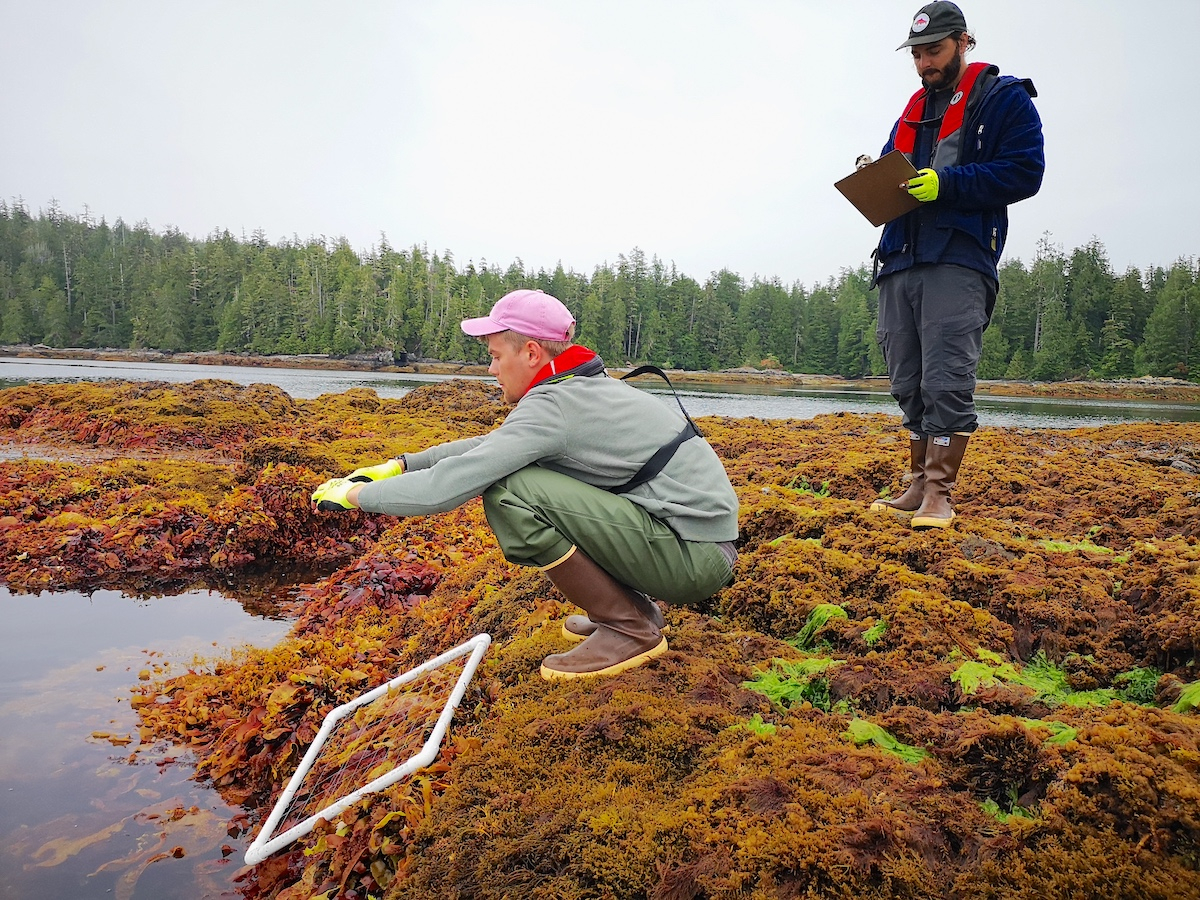 An interdisciplinary team of researchers and policy experts is collaborating to determine how much carbon seagrass meadows, saltwater marshes and kelp forests can capture across Canada. Photo by Kevin Bruce
Previous story
Next story

Canada may have the longest total coastline in the world, but it still doesn’t have a solid understanding of the role nearshore ecosystems can play in sinking greenhouse gas emissions to combat the climate crisis, marine ecologist Julia Baum says.

“We're not really accounting for ocean climate solutions right now, which is ironic because we have three oceans.”

That will change with the launch of an ambitious research initiative to produce a national assessment of the “blue carbon” storage capacity of Canada’s salt marshes, seagrass meadows and kelp forests, said Baum, a principal investigator and University of Victoria professor.

Salt marshes, eelgrass meadows, along with mangrove forests found in tropical countries, absorb carbon from the atmosphere and lock it in sediment at rates anywhere from two to 10 times greater than mature tropical forests, depending on a variety of geographic and environmental conditions.

Canada has promised to drop its emissions 40 to 45 per cent below 2005 levels by 2030. To meet its international climate commitments, it needs to leverage the nature-based solutions the ocean can offer, Baum said.

The project will determine where the country’s blue carbon ecosystems exist, estimate their mitigation capacity, and project how they might wax or wane under different climate change and protection scenarios.

“By working directly with policymakers and conservation practitioners, our results will be readily translated into action,” Singh said in a press statement.

A new research initiative is working on a national assessment of the “blue carbon” storage capacity of Canada’s salt marshes, seagrass meadows and kelp forests to fight against climate change. #BlueCarbonCanada #UVic #OceanSolutions

Blue carbon systems themselves, particularly kelp, are vulnerable to climate changes, Baum said, noting a series of recent marine heat waves badly impacted these marine forests. More research needs to be done to understand how much carbon they might capture or release during their life cycles, she said.

However, climate change is also warming northern waters, freeing them of ice and providing new habitat areas for fast-growing algae, she added. And Singh’s climate science team will help predict where emerging blue carbon ecosystems might occur in the future on Canada’s coastlines.

Information from the research will also help federal and provincial governments make decisions on where to have commercial fisheries or conservation areas, Baum said, citing Ottawa’s promise to protect 30 per cent of its oceans by 2030.

Government entities like Parks Canada or DFO are interested in knowing if there are co-benefits to these protected areas, she said.

“Can they benefit biodiversity and protect lots of species we care about and can they also provide carbon drawdown?” she asked.

“Right now, we don’t know the answer to that question.”

Ocean Acidification
The oceans absorb CO2 from the atmosphere, leading to ocean acidification, which threatens marine life.
Blue-carbon systems are vulnerable to acidification as well as climate change.

"Arctic Ocean acidifying up to 4 times faster than any other sea on Earth" (CP, Sept. 29, 2022)
https://www.ctvnews.ca/climate-and-environment/arctic-ocean-acidifying-u...

See also the article ‘The

See also the article ‘The Mediterranean Sea is so hot, it’s forming CO2 belching crystals.’ Truly terrifying. This process could counter any success in using shallow seas and coastal marshes to capture carbon.