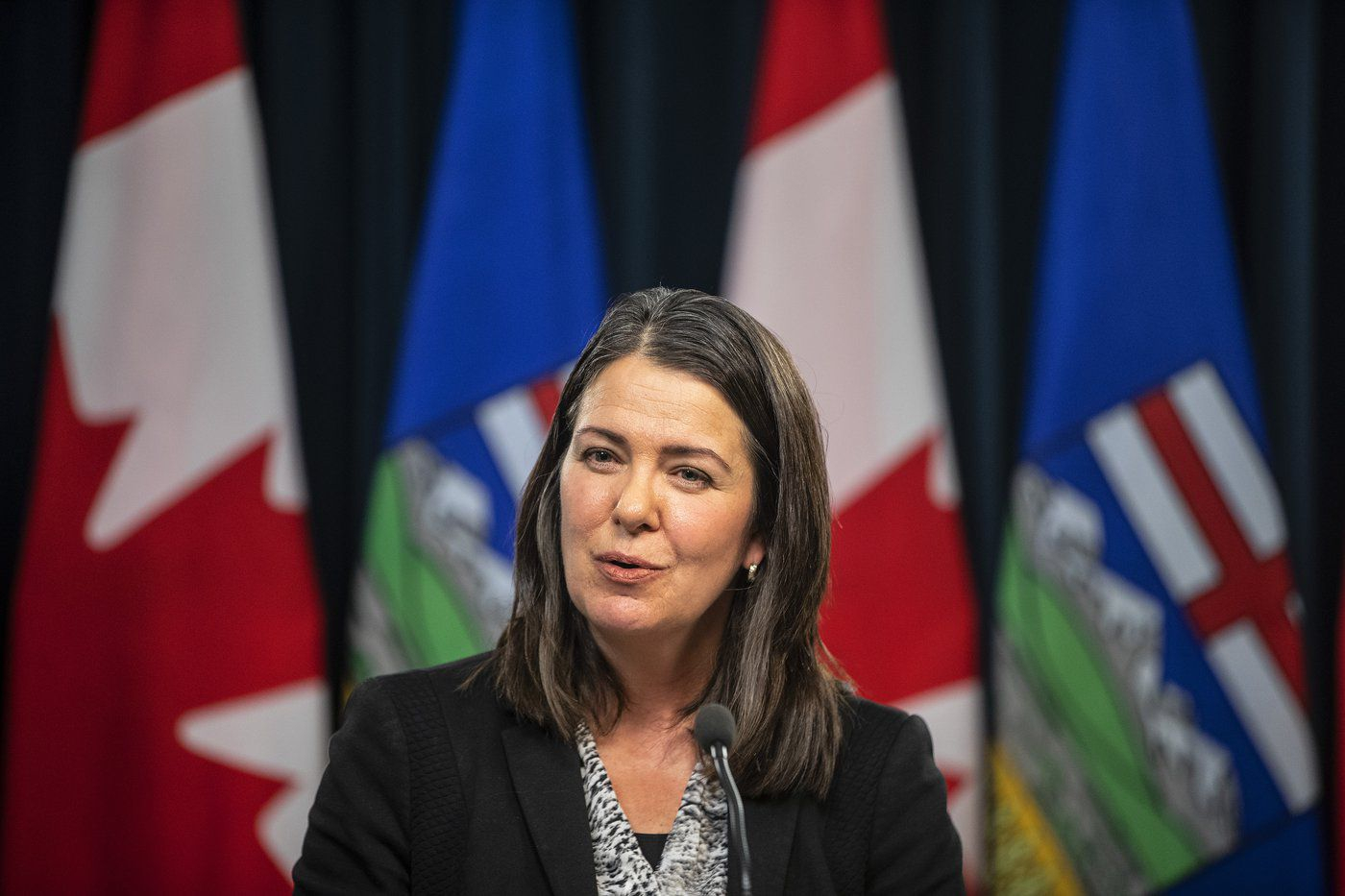 Opposition critic Sarah Hoffman said it was “tone deaf” and “cruel” for Smith to urge Ukraine to accept neutrality, even as its people were fighting and dying in the Russian invasion.

Smith also opined on social media earlier this year that there may be parts of Ukraine happier to break away from the mother country.

“The fact she refuses to apologize leads one to believe that she does believe the things that she said, that she doesn’t have remorse, that she is absolutely choosing to side with (Russian President) Vladimir Putin over the people of Ukraine who are fighting for their lives,” Hoffman said Monday.

Hoffman said the comments strike a particular sore point in Alberta, which is home to about a quarter of all Canadians of Ukrainian heritage.

The quotes surfaced over the weekend after a freelance journalist published comments Smith made on social media platforms prior to her ultimately successful bid to become leader of the United Conservative Party and premier.

On a livestream chat on April 29, Smith said: “The only answer for Ukraine is neutrality,” adding she understands why Russia would have a concern with a western-aligned Ukraine armed with nuclear weapons on its doorstep. Ukraine surrendered its nuclear weapons in the 1990s.

In a Feb. 24 post, she said: "I’ve read that two regions of Ukraine feel more affinity to Russia. Should nations be allowed to break away and govern themselves independently? If that’s truly what people want, then I think so. But is that what the people want — or is it propaganda?”

Smith’s office did not respond to questions surrounding Smith’s current opinions on Ukraine, but pointed to the statement from a day earlier, when Smith said she supports the Ukrainians who are “suffering indescribable horrors and loss at the hands of an invading power.”

Her office also instead pointed to comments Smith made earlier Monday in an interview on Corus Radio.

“I suppose we could kind of relitigate every statement that I have made in the past and with the different hats that I've worn,” Smith told host Shaye Ganam.

“(But) when I talk to the public, what they're interested in knowing is what I'm going to do going forward.”

Smith added it’s not her role to comment on the war.

“I respect federal jurisdiction,” she said. “It’s up to them to weigh in on international relations and negotiations."

She said Alberta will focus on delivering humanitarian aid while helping Ukrainian refugees and resettlement, saying: “That, to me, is us staying in our lane."

Alberta committed $23 million in Ukraine relief under former premier Jason Kenney, who was outspoken in his denunciation of Putin.

“We’ve seen the unmitigated violence, the pure evil coming from the heart of Vladimir Putin to indiscriminately attack people that he calls his brothers,” Kenney said on Oct. 4.

"How do you remain neutral when your country has been invaded, when there has been a genocide being committed against your people?" the Edmonton member of Parliament said outside the House of Commons.

The Ukraine comments are one of a number of policy controversies during Smith’s first week in office.

Smith has been criticized for saying she believes COVID-19 unvaccinated people are the most discriminated group she has seen in her lifetime. She has also promised no more vaccine mandates for health-care workers, which she says would lure more staff to Alberta, but critics say would lead them to seek jobs elsewhere.

Hoffman said she is not surprised Smith is urging Albertans to ignore past comments.

“She certainly wants to tell people not to pay attention to her own words," she said. "I get why she’d say that. She has said many offensive and hurtful and damaging things for the province of Alberta.”

This report by The Canadian Press was first published Oct. 17, 2022.