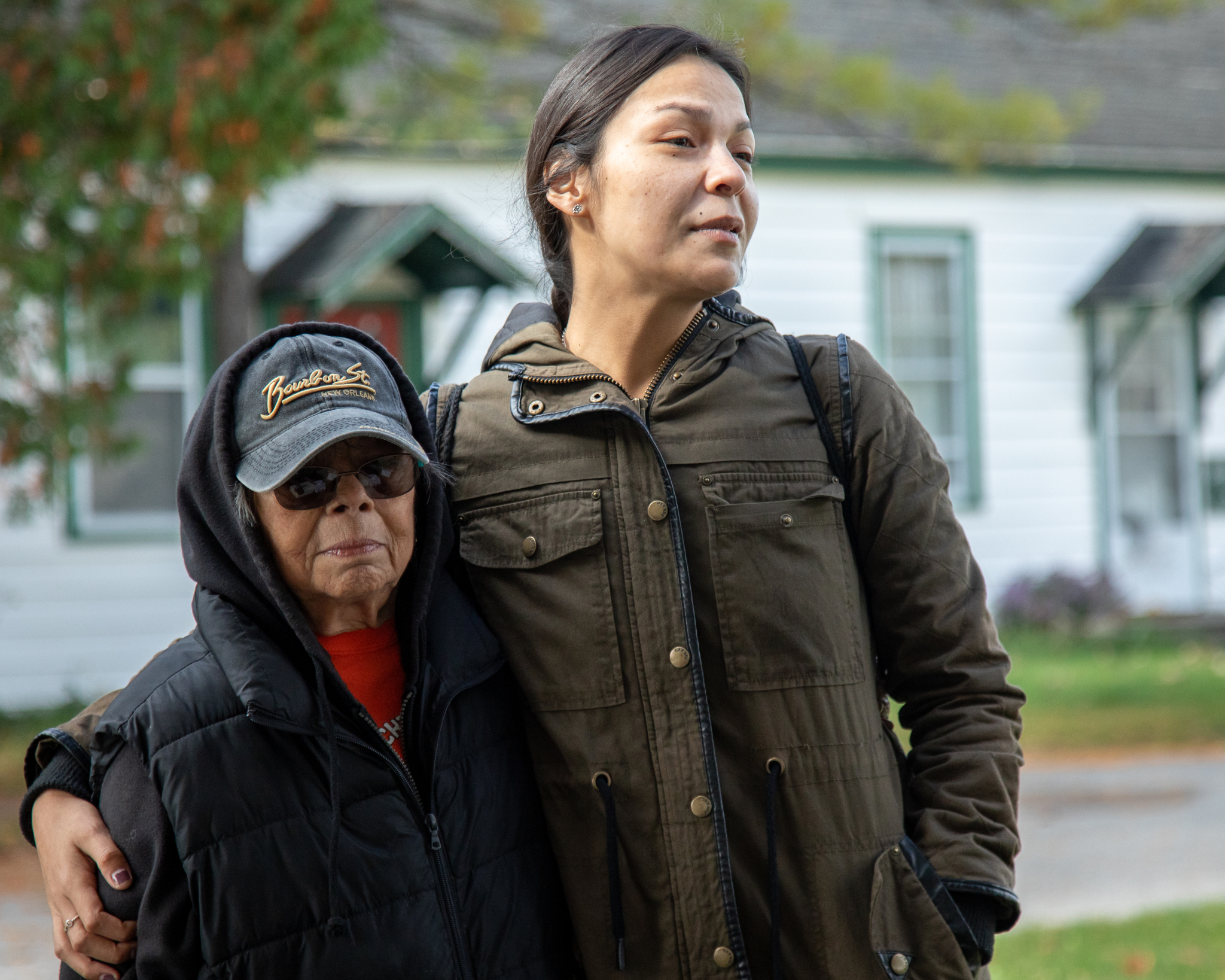 Cully George and her granddaughter Alabama outside the army headquarters at Stoney Point. Photo by Karyn Pugliese
Previous story

I’ve watched a generation of kids grow up at these land actions. Twenty years ago, I reported on them when they were toddlers in diapers, running around at the barricades. I watched their eyes and faces as police in full riot gear carrying batons marched in to tackle and cuff their parents.

Today, those babies are adults and on the front lines. They are the new generation staring down police over the same unresolved land claims.

Canada has normalized these scenes. Indigenous children have internalized them.

There is an expression among my people: We get the grandchildren we deserve.

We raised this generation together, Canada — your people and mine.

What kind of grandchildren should we expect?

I am kicking off this season with the story of Stoney Point, a First Nation in Ontario whose land was stolen by Canada in 1942 to build an army base. The land was picked and chipped away down to the last blade of grass. Canada promised to return the land after the Second World War. That promise was broken.

Decades of peaceful protest followed until Elders led a move to reclaim the territory, which included a burial ground at Ipperwash Provincial Park.

On the night of Sept. 6, 1995, police moved in and opened fire on unarmed men, women and children occupying the park.

A new podcast co-produced by Canada's National Observer and Canadaland kicks off with the story of Stoney Point, a First Nation in Ontario whose land was stolen by Canada in 1942 to build an army base.

It should have been a turning point for Canada.

We should have learned from it.

We don’t seem to have learned a damn thing.

Over the next six months, myself, producer Kim Wheeler and a host of Indigenous journalists including Cara McKenna, Beverly Andrews, Trina Roache will discuss this issue. A generation of Elders crafted a vision for reconciliation that includes resolving land disputes. We’ll talk to the generation of youth burdened with executing that vision.