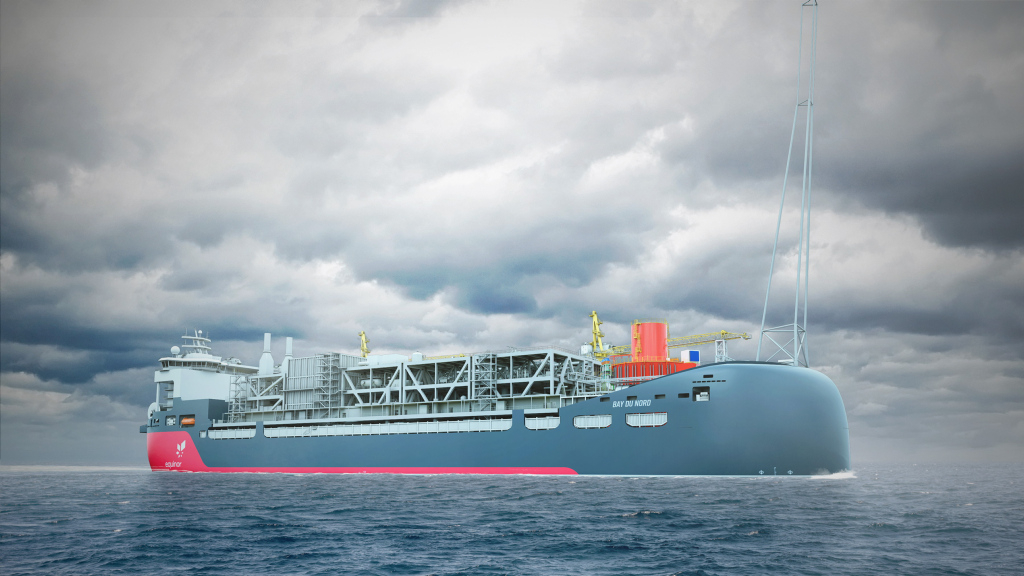 This month, Norway announced new climate rules for companies in which the government is a majority shareholder. Notable on the list is Equinor: operator and part owner of Bay du Nord, set to be Canada’s first deepwater offshore oil project.

The rules mean companies must set targets and make plans to cut back on greenhouse gas emissions in line with the Paris Agreement, which has a goal of limiting warming to 2 C — ideally, 1.5 C — compared to pre-industrial levels. Similar to Canada’s new guidelines for oil and gas projects, Norway's regulations don't require companies like Equinor to stop oil and gas production. The Canadian guidelines require new projects to achieve net-zero emissions by 2050 and meet the standards of similar projects around the world that produce the fewest emissions.

Norwegian energy giant Equinor and its partner company Husky received environmental approval for the Bay du Nord project in April. It is set to include a floating oil production station and the drilling of up to 40 wells in the Flemish Pass Basin off the coast of Newfoundland and Labrador. The investment decision for the project will come in the next couple of years, according to an Equinor executive.

Critics of Canada’s guidelines were quick to point out that no oil and gas project can be net-zero when you take into account downstream emissions, which take place once fossil fuels are burned to power a car or heat someone’s home, for example. The Canadian government’s reliance on not counting those emissions and using unproven technology like carbon capture to potentially make the production stage net-zero is misguided, they added.

The report detailing the new policy says companies need to include downstream emissions, which Curtis said is good to see, especially considering Canada’s absence of that requirement.

Norway’s guidelines have more rules than Canada’s and, practically speaking, mean no new oil and gas project should be permitted to go ahead, he said. It’s unclear what will happen if companies don’t follow the rules — Norway's Industry Minister Jan Christian Vestre told a Norwegian news outlet that he is sure companies will follow the rules, and if they don’t, they will make decisions and assessments on the company’s ownership.

“For Equinor, I think it makes it incredibly hard to justify bringing online any new oil projects … because they have to report their emissions, because [Norway is] looking at [downstream] emissions as well,” he said.

“There is no practical way that they could do that and also report that they're reducing emissions within the next coming years. So, you know, they might have tried to argue that they have a plan. But there is no actual scientific basis for them being able to successfully implement it.”

Vestre said the rules will lead to more emissions transparency for Equinor’s projects, but didn’t say anything about the company having to wind down or stop fossil fuel extraction.

This month, Norway announced new climate rules for companies in which the government is a majority shareholder. Notable on the list is Equinor: operator and part owner of Bay du Nord, set to be Canada’s first deepwater offshore oil project.

Regardless, the report increases the pressure on Equinor, said Curtis. The Sierra Club is currently part of a lawsuit against the environmental approval of Bay du Nord, along with environmental groups Ecojustice and Équiterre, as well as Mi’gmawe’l Tplu’taqnn Inc. (MTI), an organization which represents eight Mi’gmaq communities in New Brunswick. There’s also an active lawsuit against Equinor in Argentina, where, so far, the courts have put a hold on offshore seismic testing partly because the company provided too little information during the environmental assessment process.

Norway’s new rules also underscore the instability of Bay du Nord, which doesn’t have financing yet, said Curtis. He notes Equinor has long had the capacity to pursue renewable energy projects, such as wind farms, and that a pivot would ultimately be in the best interest of the project.

Meanwhile, WWF Norway forecasted Equinor’s emissions from the projects it's currently operating and found they’re set to increase by 22 per cent between now and 2030, directly contradicting Equinor’s current target of reducing emissions by 20 per cent by 2030.

“The increased focus on climate by the Norwegian government should have consequences for projects with large emissions and severe consequences for nature, such as the Wisting field in the Arctic, the Rosebank field in the U.K., Bay du Nord in Canada and exploration activity off the coast of Argentina,” said Karoline Andaur, CEO of WWF Norway.

“... Equinor should change its business model to be in line with the Paris Agreement. This means that they need to stop new petroleum investments and invest in a green future.”

We know the shenanigans of

We know the shenanigans of our senior governments very well with respect to approvals and analysis of oil and gas projects, thanks in part to loads of independent analysis and intelligent criticism.

What we don't have enough research on the estimated economic impact of the demand destruction for oil and gas in the near future. For example, the projected international expenditures on electric cars next year alone are expected top US$1.3 trillion, following a couple of years of hundreds of billions in spending to retool their plants. That kind of money will no doubt speed the transition from internal combustion engines in land transport to battery electric motors. A recent Joe Biden budget for renewables, EVs, batteries, heat pumps and so forth, is similarly huge and it will ultimately take bites out of gas exploration.

Bay du Nord, the oilsands and the international oil and gas markets are going to feel the punch of mass electrification, some of them before they're up and running. Whether downstream emissions are counted or not in these Canadian projects (yeah, governments shamelessly virtue signal, ignore facts and lie -- what else is new?) the fact remains that demand for carbon fuels is entering a phase of decline no matter how rosy the promoters of these potential stranded assets paint them.

What's a crime is the fact so many public resources are invested in them.