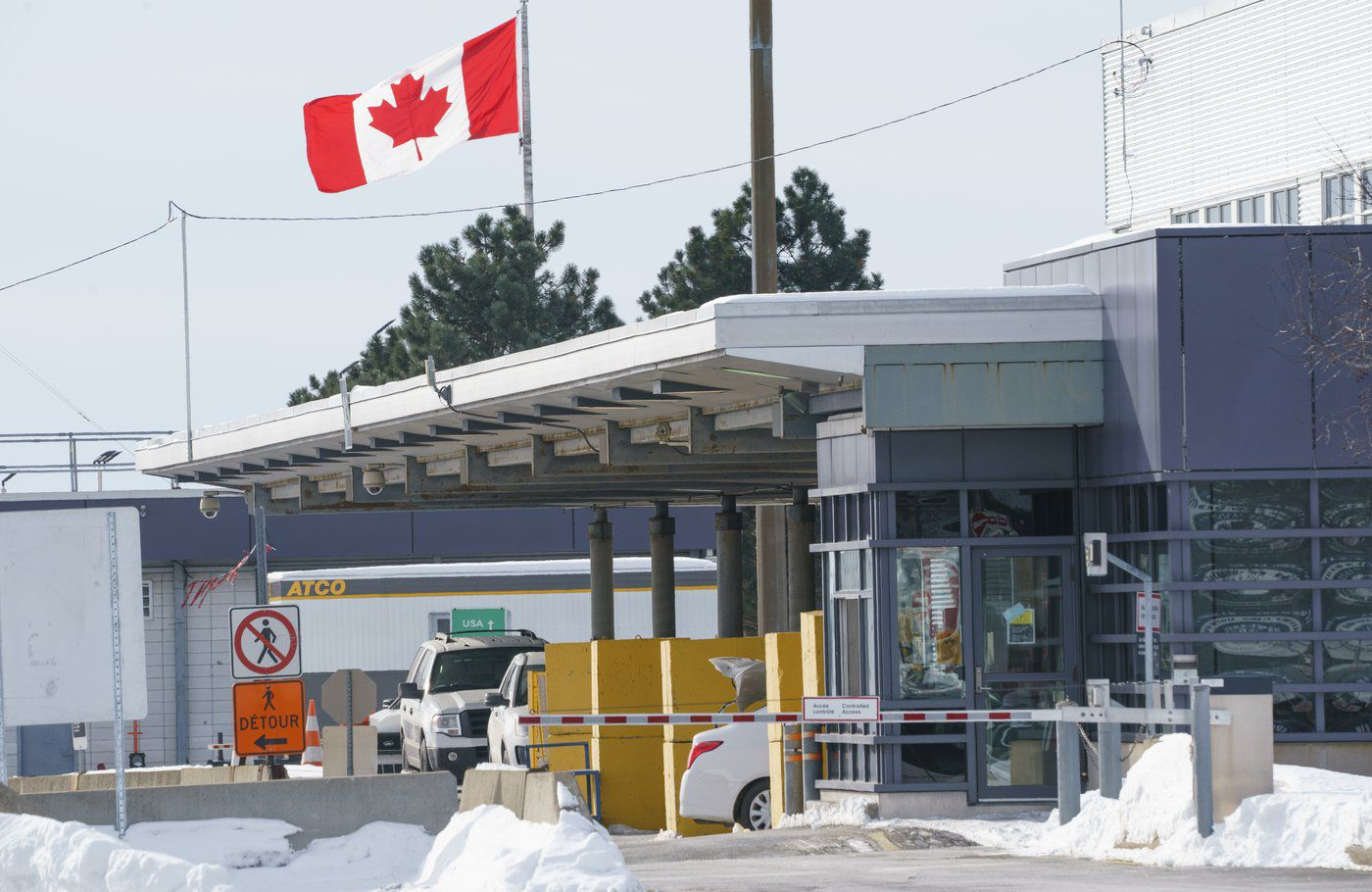 The Canadian border crossing is seen during the COVID-19 pandemic in Lacolle, Que. on Friday, Feb. 12, 2021. File photo by The Canadian Press/Paul Chiasson
Previous story

A new poll suggests the vast majority of Canadians are worried about how the federal Liberal government's plan to dramatically increase immigration levels over the next few years will affect housing and government services.

The poll, conducted by Leger and the Association of Canadian Studies, also found many respondents hesitant about the use of the notwithstanding clause, which lets legislatures override parts of the Canadian Charter of Rights and Freedoms for five years.

Based on an online survey of 1,537 Canadians polled between Nov. 11 and 13, the results come about two weeks after Ottawa unveiled plans to admit 500,000 immigrants per year starting in 2025 to address a critical labour shortage across the country.

The government and industry have described the new targets, which represent a significant increase over the 405,000 immigrants admitted last year, as critical for filling about a million job vacancies across the country and to offset Canada's aging workforce.

Yet 75 per cent of poll respondents agreed that they were very or somewhat concerned that the plan would result in excessive demand for housing as well as health and social services.

That is despite Immigration Minister Sean Fraser having suggested that the new workers could actually enable the construction of more homes by addressing a shortage of tradespeople, along with an increase in federal support and settlement services.

Leger executive vice president Christian Bourque suggested that the poll results reflect the pressures many Canadians are feeling because of a lack of affordable housing and inflation rates driving up prices.

"In good, positive economic times before the pandemic hit, these numbers might have been different. But now I think there's a growing concern of how far and how much we can afford."

The government might need to do a better job explaining the benefits of immigration to average Canadians, Bourque suggested.

Opinions were more divided over the number of immigrants the government plans to admit, with 49 per cent saying it was too many versus 31 per cent who felt it was the right number. Five per cent said it was not enough, while the rest didn’t know.

While opinions were largely the same across different parts of the country, respondents who identified as Conservative, Bloc Quebecois and People’s Party of Canada supporters were more likely to say the target was too high.

"I was not surprised to see a left-right, cleavage on this issue, it's the same in the United States and the same in Europe," Bourque said. "Slowly but surely, the issue of immigration levels is becoming political."

The poll, whose results cannot be assigned a margin of error because internet-based polls are not considered random samples, also asked Canadians about their views on the notwithstanding clause.

The question followed the Ontario government's decision to include the notwithstanding clause in legislation that imposed a new contract on 55,000 education workers. The province later rescinded the law, which had effectively banned workers from striking.

It found that 48 per cent of respondents agreed with the statement that it was a bad idea for Ottawa or the provinces to shield some of their laws from the Charter, while 19 per cent said it was a good idea. The remaining 33 per cent did not know.

While Quebec has a long history of debate over the notwithstanding clause, and recent events in Ontario have awoken some people to it as well, Bourque said that many Canadians remain unaware of its existence.

"It basically says this is not really a hot button, politically," he said. "Even with the recent events in Ontario, they don't really seem to care. Or not that they don't care, but it's something that's a bit beyond what their primary concerns are in national politics."

Can we have a reasonable conversation, please?