Trudeau dishes on what he discussed with Xi Jinping at G20 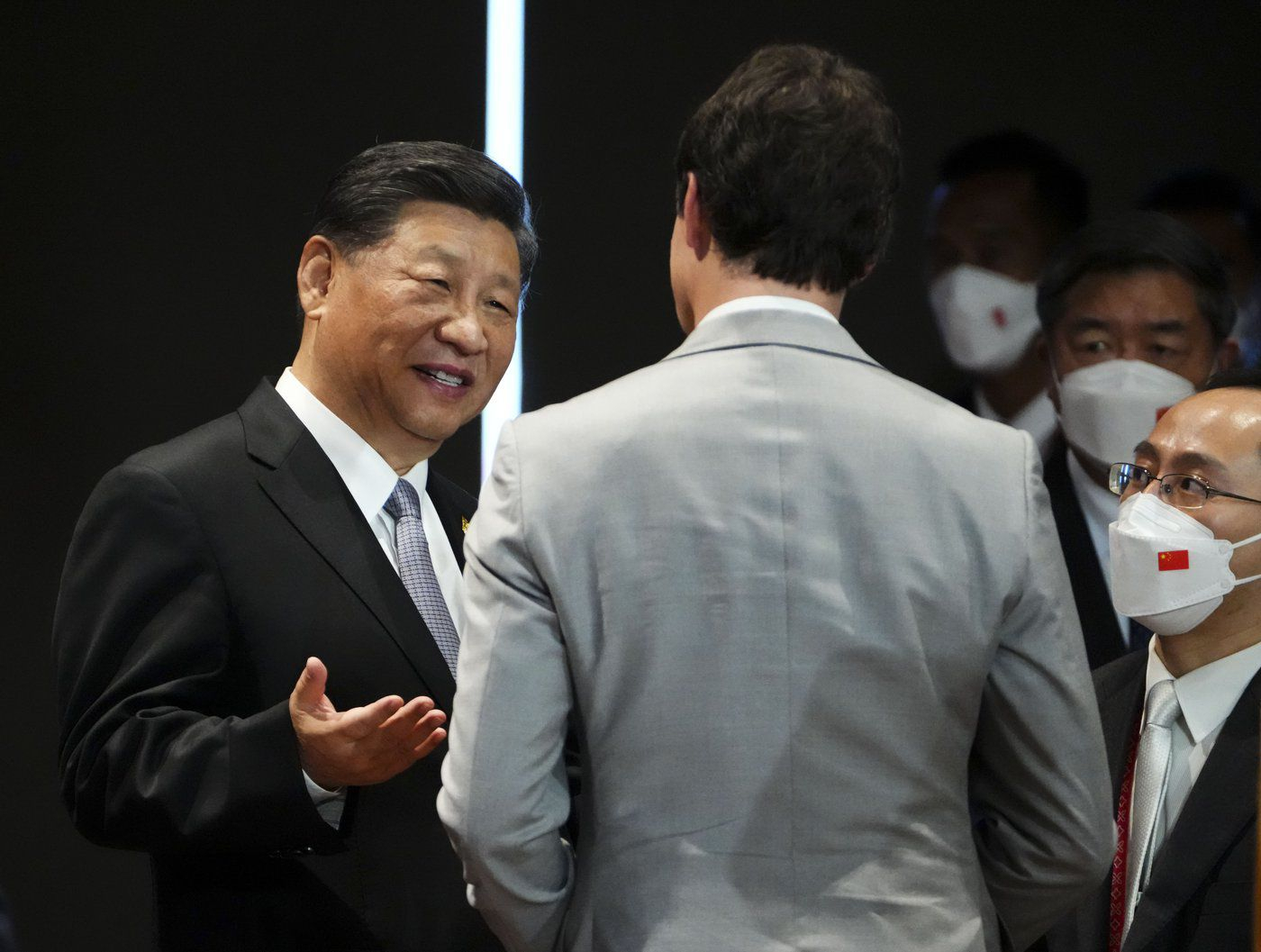 Prime Minister Justin Trudeau offered his most detailed explanation yet on Wednesday about what kind of "interference" he brought up with Chinese President Xi Jinping in a meeting earlier this month.

At the recent G20 summit in Indonesia, the Prime Minister's Office told reporters that Trudeau raised serious concerns with Xi about Chinese "interference" in Canada, but offered no specifics.

In a rare unplanned exchange caught by cameras, Xi later confronted Trudeau about the fact that details had been shared with the media. "Everything we discuss has been leaked to the paper; that's not appropriate," Xi said through an interpreter.

During question period in the House of Commons on Wednesday, Conservative Leader Pierre Poilievre asked, "What specific interference was the prime minister referring to when he raised his serious concerns about interference with the Chinese president?"

Trudeau gave his most fulsome answer yet.

"We've known for many years that there are consistent engagements by representatives of the Chinese government into Canadian communities, with local media, reports of illicit Chinese police stations," he said.

"These are all things that we continue to be concerned about, that our officials stay active on and that we will continue to be vigilant around to keep Canadians safe."

The RCMP said earlier this month that it is investigating reports of criminal activity related to such "police" stations in Canada after a human-rights group reported that China is operating out of more than 50 such venues, including three in the Greater Toronto Area.

Poilievre also asked whether the prime minister was ever briefed about "interference" and Trudeau responded that he is regularly briefed by intelligence officials and security experts on threats to Canada, "whether it be cyberthreats, whether it be interference with Canadian diaspora communities, whether it be use of online misinformation or disinformation."

In his first question period since returning from a 10-day trip that included four international summits, Trudeau was also pressed on whether he knew about alleged Chinese interference in the 2019 federal election.

@JustinTrudeau elaborates on what Chinese 'interference' he discussed with Xi Jinping at #G20. #CDNPoli #China

A House of Commons committee is probing the issue after Global News reported this month that Chinese funding flowed to a pro-Beijing network in Canada that included at least 11 candidates in that election.

Chief Electoral Officer Stéphane Perrault told the committee on Tuesday that he was "not in a position to speak to the accuracy of the contents of the recent news reports."

Perrault told MPs that he had not received any reports of specific Chinese interference, but that any investigation of such reports would fall not to him but to the Commissioner of Canada Elections.

He added: "I have no reason to believe the election overall was not a free and fair election."

Alain Therrien, the House leader for the Bloc Québécois, accused Trudeau in French of "running down the hallways" to catch Xi and discuss interference but of feigning ignorance at home and in Parliament as to the specific details.

"Does he know all the details of Chinese interference and he's hiding it from us, or did he confront Xi Jinping based only on a news article?" Therrien asked.

Trudeau said the question was nonsense and his government always takes allegations of interference by other countries seriously. He said that in all the briefings he has received, the integrity of Canadian elections has never been in doubt.