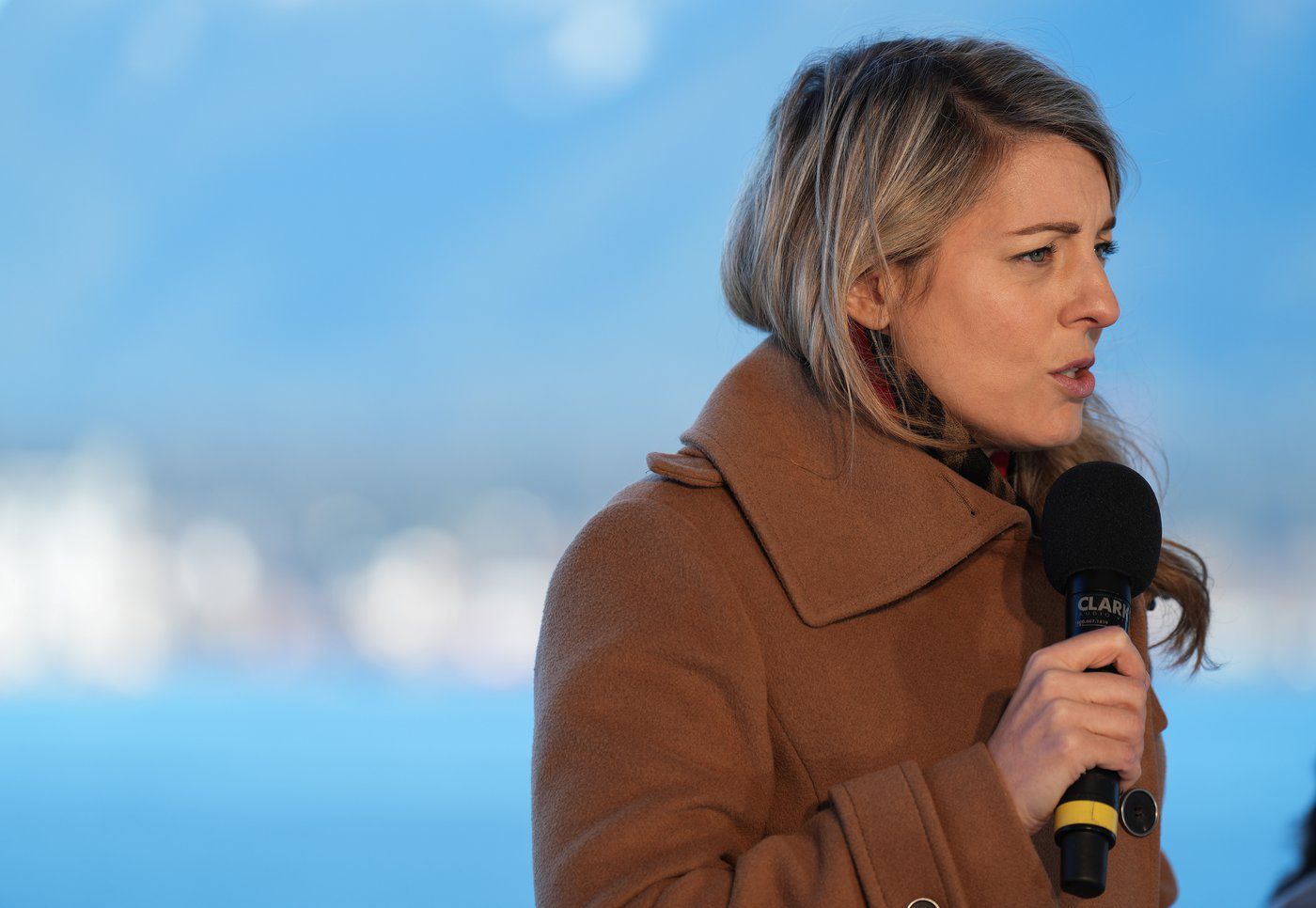 In recent days, Russia's embassy in Ottawa posted on Twitter and Telegram that the West is imposing on Russia's family values, and that families can only include a man, a woman and children.

The embassy posted images of a crossed-out rainbow flag and Orthodox icons of Adam and Eve. It decried Canada for "conflating the concepts of individual sexual preferences and universal human rights" and repeated old tropes about pedophilia.

The first post appeared Nov. 24, just days after five people were killed in a shooting at a gay bar in Colorado.

The tweets came as Russia expanded a ban on exposing children to so-called homosexual propaganda, meaning that authorities can now prosecute Russians for doing things they argue might entice adults to be gay or transgender.

Canada was among 33 countries that signed a joint statement condemning the legislation, prompting the embassy to push back.

"Our country is not interfering in the Canadian domestic affairs," the embassy claimed, seeking a "corresponding respectful attitude toward the legislative process in Russia."

Despite ample documentation of persecution of LGBTQ people in Russia, including forced disappearances in Chechnya, the embassy asserted that "there is no discrimination in Russia with respect to the rights of sexual and other kind of minorities."

In reaction to the first tweet, Sports Minister Pascale St-Onge, who is lesbian, decried Russia's treatment of LGBTQ people as "a disgrace and an attack on basic human rights."

Russian homophobic propaganda is not welcome here.
The treatment of LGBTQ2+ people in Russia is a disgrace and an attack on basic human rights.
🏳️‍🌈🏳️‍⚧️ #polcan https://t.co/TuoEg4VXkg

The Russian embassy responded with a photo of the Russian imperial Romanov family, asking St-Onge to "please explore and explain how you appeared in this world."

The family photo includes Russia's last emperor, Nicholas II, his wife and their five children, all of whom Bolshevik revolutionaries assassinated in 1918.

"(The) Romanovs’ family photo is a symbol of strong family traditions and an example they presented, as the Orthodox Christians when facing martyrdom," the embassy wrote Monday when asked to explain the tweet.

Joly's office says the posts must be called out.

"We absolutely can't tolerate this rhetoric, and even less the subsequent comment on Minister St-Onge's response. This is an attack on the Canadian values of acceptance and tolerance."

Monday is the third time Global Affairs Canada has summoned ambassador Oleg Stepanov this year. The embassy confirmed Stepanov discussed differing views on Ukraine during the meeting at the department's Ottawa headquarters.

"(Our) ambassador noted that there is still deep disagreement between our governments regarding a number of issues. But the Russian side remains open to continuing communication on difficult and even seemingly (insurmountable) issues with the Canadian partners," the embassy wrote.

"Diplomacy should be seen as a necessary tool during the times of crisis."

The federal Liberal government has previously said it does not plan to order the Russian embassy closed, since it wants to maintain its own diplomatic presence in Moscow.

"LGBT rights is actually a big motivator for this war," she said of Russia's invasion of Ukraine.

"They're constantly talking about how Ukraine has gay soldiers and that is part of the contamination, so to speak, of Ukraine by the West," she said. "It's part of the narrative that they use to make the war look defensive, which of course it is not."

Popova, who is a Jean Monnet Chair in European law, said Russia is likely trying to stir up division where it can.

"It's an attempt also to just push a bit of polarization onto Western audiences, (and) activate the people who may find this message attractive and embolden them to be more vocal," she said.

"Russian diplomats at this point are completely fine with posting hate speech and outright lies, which they know are lies."

St-Onge said Monday that human rights are a Canadian value that everyone inside Canada needs to respect.

"I find it horrible; I think there's no place for it," she said in French of the embassy's rhetoric.

This report by The Canadian Press was first published Nov. 28, 2022.

— With files from Émilie Bergeron