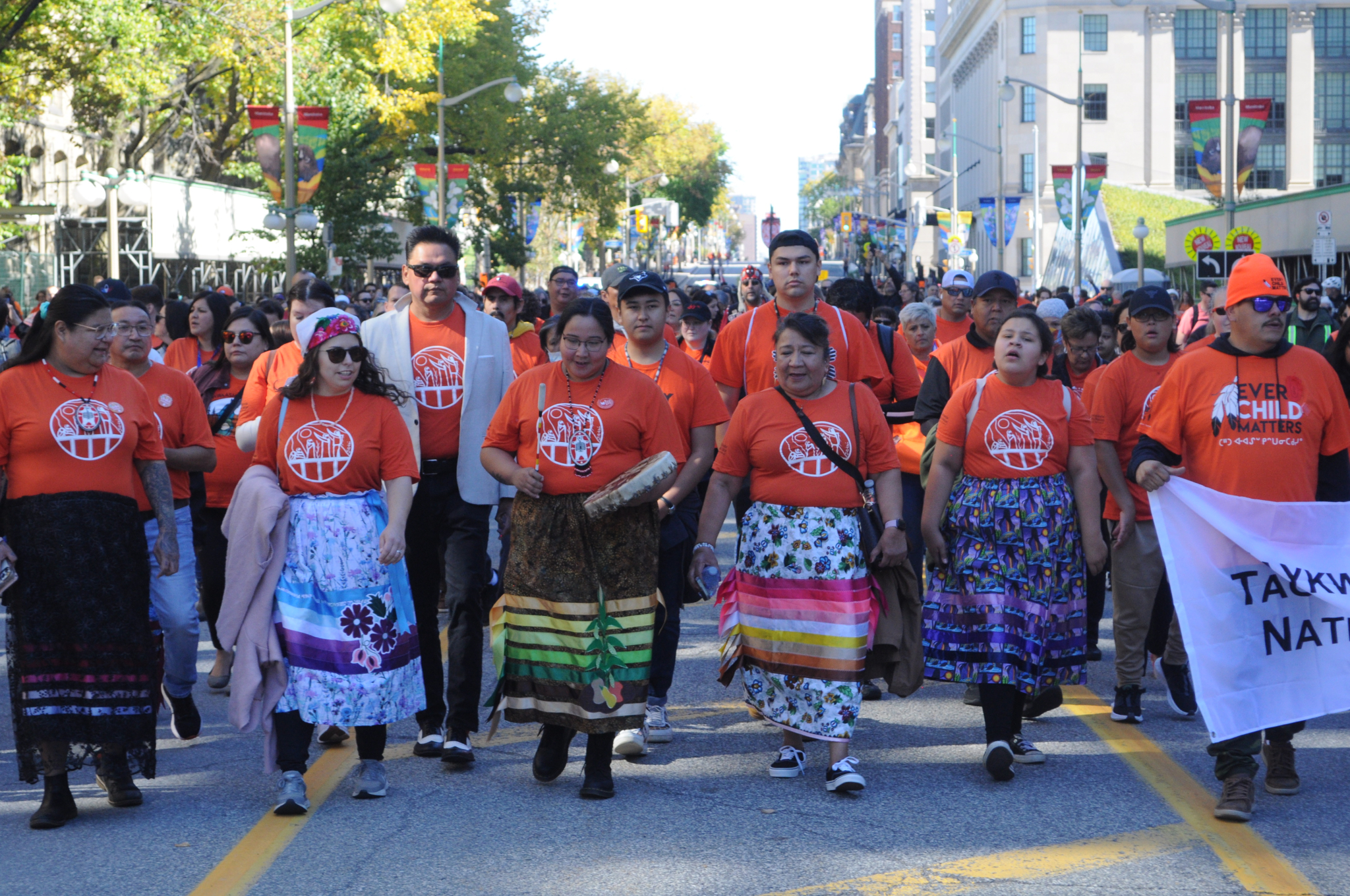 The first National Ribbon Skirt Day is likely to become a reality one year after Isabella Kulak was shamed for wearing her ribbon skirt to her Saskatchewan school.

Cree Sen. Mary Jane McCallum asked Jenica Atwin, Liberal MP for Fredericton, to sponsor Bill S-219 because Atwin has a history of advocacy for Indigenous Peoples. McCallum believed she was the right fit.

“It’s been a bright light for the otherwise difficult days in Parliament,” she said.

The bill was created in honour of Kulak, an Ojibway (Saulteaux) girl from Cote First Nation in Saskatchewan. Kulak was shamed for wearing her ribbon skirt by an educational assistant. Ribbon skirts are an expression of Indigeneity marked by arrays of designs, colours and patterns.

The bullying Kulak faced isn’t foreign to Atwin. Her husband and children are Indigenous and experience similar disparaging comments about Indigenous cultural expression “far too often.”

“I hope it inspires other youth to stand up, to be proud of who they are and not take that kind of insult, and turn it into a springboard for action,” Atwin said.

Leadership from Indigenous youth is driving the change we are seeing, Atwin added.

The bill brought a moment of cross-partisan collaboration to the House floor, amid a parliamentary session marked by a new, combative Opposition leader. It allowed members across party lines an opportunity to speak to their commitments as allies, Atwin said.

Listening to members personalize their stories around ribbon skirt day was a reminder that truth and reconciliation will take “all of us” and that “we are all treaty people,” Atwin explained.

Atwin said she was honoured to table the bill. Rachael Thomas, Conservative MP from Lethbridge, gave an emotional speech, and Marilène Gill, a Bloc MP, consulted with First Nation peoples in her constituency on what to say to fellow members of Parliament.

The first National Ribbon Skirt Day is set to be a reality one year after a young Ojibway (Saulteaux) girl was shamed at school for wearing her ribbon skirt. Now, it's up to Parliament to give it royal assent in time. #Reconciliation #cdnpoli

“It’s great to get to know people on that other level because of the bill,” she said.

Now it seems time is the only thing preventing the first National Ribbon Skirt Day from being celebrated on Jan. 4, 2023. The bill is heading towards committee and then back to the House floor.

Atwin hopes the spirit of the bill will be celebrated daily. She dreams of a time when all Indigenous Peoples can show who they are and feel comfortable rocking their regalia, moccasins and beaded medallions.

“It wasn’t that long ago that these things were outlawed, that you couldn’t express yourselves,” Atwin said.

“For me, it’s a signal that this reconciliation process is ongoing.”

A previous version of this article said Isabella Kulak is Cree when she is in fact Ojibway (Saulteaux).

Ontario has no plan to deal with growing urban flooding, auditor general says

Where are Canada's moose?

Why do we Canadians celebrate

Why do we Canadians celebrate our numerous cultures and their traditional or special dresses, yet don't accept our own special aboriginal culture dresses. Surely we should be exposing our children to the richness of our society. After all, a tradition of white dresses and tuxes for in a church wedding has fallen somewhat with such a wide variety of alternatives I can't name them. My niece got married in the Museum of Human Rights in Winnipeg, a magnificent setting and piece of architecture. Plus the emphasis on our Canadian freedoms and how lucky we are to live in this country