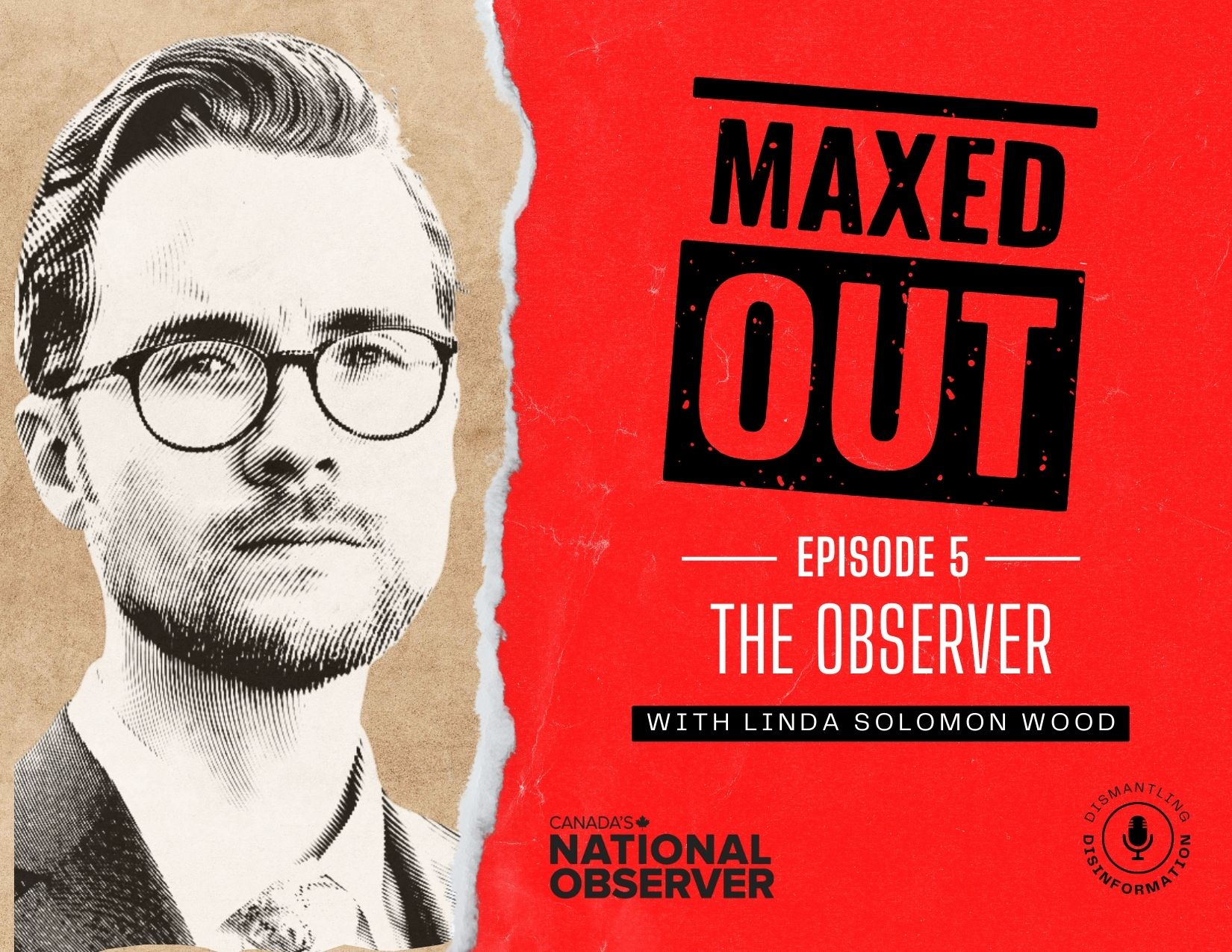 Canada's National Observer publisher Linda Solomon Wood chats with Max Fawcett about journalism, how the publication came to be and who really funds Max's columns on the newest episode of Maxed Out.

When journalist, publisher and entrepreneur Linda Solomon Wood started Canada’s National Observer in 2015, journalism jobs were being slashed and ad revenue was being gobbled up by tech giants. And most importantly, an issue that’s become one of the cornerstones of today’s reporting in any beat — climate change — was on the periphery in newsrooms.

“Although now everybody's covering climate change, back then, they weren't, and it also still was regarded as kind of a fringe issue,” Solomon Wood said on the fifth episode of the Maxed Out podcast.

Host Max Fawcett and this week’s guest, Solomon Wood, chatted about how CNO helped bring important issues to the forefront.

“If you're talking about an issue that people care about, that is not being covered … that's where the audience is, and that's also an audience that will help you do the work,” Solomon Wood said.

In the early days, as a supporter of the Trans Mountain pipeline, Fawcett disagreed with some of the ways CNO covered fossil fuels, one of the main drivers of climate change. However, CNO’s popularization of climate issues was a key reason he joined the team.

“Poll after poll, frankly, election after election, show that climate change is not a fringe issue. It is right at the middle,” he said.

The conversation eventually touched on funds that keep good journalism alive, so, of course, Fawcett asked his boss where his paycheque comes from (you know, for his Twitter trolls’ sake).

To find out who funds Fawcett and what's next for Canada’s National Observer, listen to the full episode of Maxed Out on Apple Podcast or Spotify.

Maxed Out is made possible by listeners like you. If you’ve supported the podcast already, thank you. If you haven’t, click here to donate what you can to help us keep producing valuable journalism.

On the newest episode of Maxed Out, @maxfawcett chats with @Linda_Solomon about journalism, how the publication came to be and who really funds his columns. Listen here: https://www.nationalobserver.com/podcast/maxed-out/observer

Got questions or comments? Email us at [email protected]om.

This is your brain on climate change

Why do oceans matter for climate change?

Article: "In the early days,

Article: "In the early days, as a supporter of the Trans Mountain pipeline, Fawcett disagreed with some of the ways CNO covered fossil fuels, one of the main drivers of climate change."

Fossil fuels are THE main driver of climate change.
The IPCC warns that the world must nearly halve GHG emissions by 2030 and eliminate them by 2050 to keep warming below the danger limit of 1.5 C.
IEA's Net-Zero by 2050 report says no new investment in fossil fuels after last year (2021) to limit global warming to 1.5 C: "No new oil and natural gas fields are needed in the net zero pathway, and supplies become increasingly concentrated in a small number of low-cost producers."