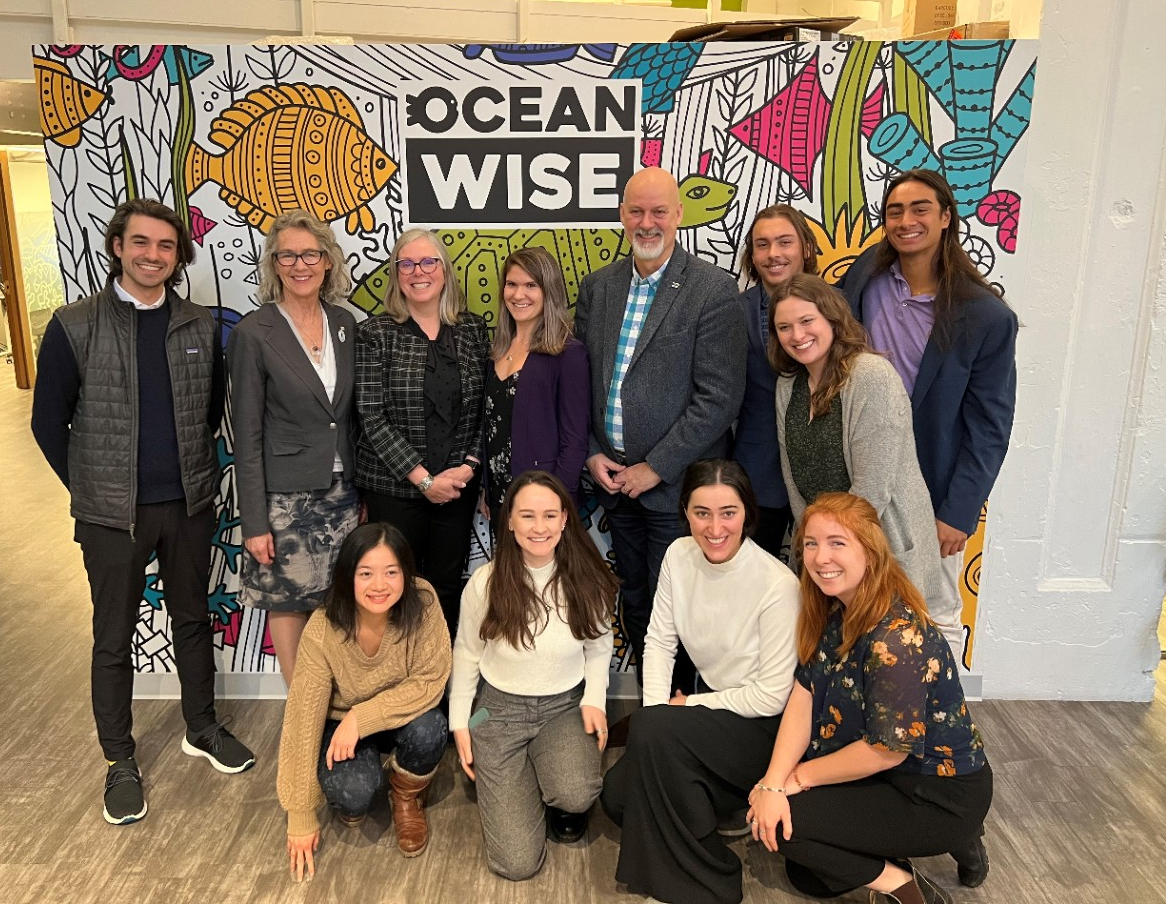 Ottawa and First Nations in B.C. are looking to amplify oceans as the best way to turn the tide on the twin spectres of biodiversity collapse and climate change, says federal Minister of Fisheries and Oceans Joyce Murray.

Most international commitments to tackle the climate crisis and protect nature still focus on land-based solutions, Murray said, despite the ocean being the largest carbon sink on the planet.

The ocean covers more than 70 per cent of the Earth’s surface and acts as a sponge for nearly a third of planet-warming greenhouse gas emissions and 90 per cent of the excess heat caused by human activity. But climate change is also warming ocean waters and threatening marine life and ecosystems, she added.

“When you think about the ocean, this all happens below the surface, so it's kind of out of sight and out of mind.”

International understanding of the ocean’s importance is just starting to surge, Murray said.

“There is a momentum, but it's just beginning, frankly,” she said. “So IMPAC5 is a huge opportunity to be doing more with ocean conservation and ocean climate restoration work, and I look forward to Canada being a leader.”

The marine protection summit follows hard on the heels of the recent United Nations biodiversity conference (COP15) in Montreal, where world leaders vowed to protect 30 per cent of the globe’s land and waters by 2030.

IMPAC5 presents an immediate opportunity to start charting a path to meet that 30x30 pledge, particularly as a forum to begin hashing out international agreement around the definitions, objectives and minimum protections associated with marine protected areas (MPAs), Murray said.

“What does protecting marine areas involve? What are the standards, and which ones can we agree on as a common set?” she asked.

The upcoming IMPAC5 conference in Vancouver is an opportunity to chart the path to meet world leaders' recent promise to protect 30 per cent of the planet's land and waters by 2030, says federal Fisheries Minister Joyce Murray.

Upwards of 3,000 people, including government leaders and officials, Indigenous organizations and ocean guardians, non-profit conservation groups, scientists, young professionals and recreation and business groups tied to the blue economy, will be attending the conference running from Feb. 3 to 9.

There’s a leadership forum at the end of the conference that might result in agreements or commitments by visiting leaders or ministers based on technical discussions at the conference, Murray said, declining to speculate as to what they might involve.

“There is an opportunity for there to be some real political shifts in terms of how we’re protecting the oceans through this 30x30 agreement,” she said.

The congress will also highlight partnerships between Canada, provinces and territories, and Indigenous Peoples in establishing and stewarding MPAs, she added.

“It will be important for us to showcase [Indigenous-led MPAs] because it's been a critical way of moving forward for us here in Canada,” Murray said.

But plans are well underway to establish extensive Indigenous-led MPAs on the Arctic and Pacific coasts.

Canada and the Qikiqtani Inuit Association have inked an understanding and are in the final stages of establishing Tallurutiup Imanga, a vast seascape in northeastern Nunavut. Covering nearly 108,000 square kilometres, nearly two per cent of Canada’s marine area, Tallurutiup Imanga offers critical habitat for polar bears and bowhead, narwhal and beluga whales.

Ottawa and the Mushkegowuk Council are also working to establish marine conservation areas in western James Bay and southwestern Hudson Bay. The proposed area covers 90,000 square kilometres and encompasses coasts and waters that shelter iconic Arctic species such as polar bears and belugas. Adjacent to one of the largest stretches of carbon-rich peatlands in the world, the proposed Mushkegowuk marine area is an important stopover for billions of migratory birds.

And following more than a decade of work, 17 coastal First Nations and the Canadian and B.C. governments revealed the initial blueprint for the vast BC Northern Shelf MPA Network in September. Involving a number of MPAs proposed by individual First Nations, the network’s region spans 100,000 square kilometres of ocean stretching from Quadra Island in the south to the border with Alaska in the north.

Buoying the voice of young professionals and fostering innovation and transformational change in marine conservation and its role in a global blue economy are also important topics at the conference, Murray said.

On Monday, the minister, in partnership with Ocean Wise, announced $430,000 in funding to ensure young professionals participate and contribute to the discussions and outcomes at IMPAC5. More than 600 people under the age of 35 from 83 different countries are registered for the congress.

“I’m really pleased with the participation of these young professionals,” Murray said, citing the need for them to shape and inform ocean conservation decisions.

“Millennials and Generation Z have come of age or are coming of age at a time where we're more and more aware of the immense challenges to biodiversity and oceans.”