Gas stoves are the latest battleground in the energy transition 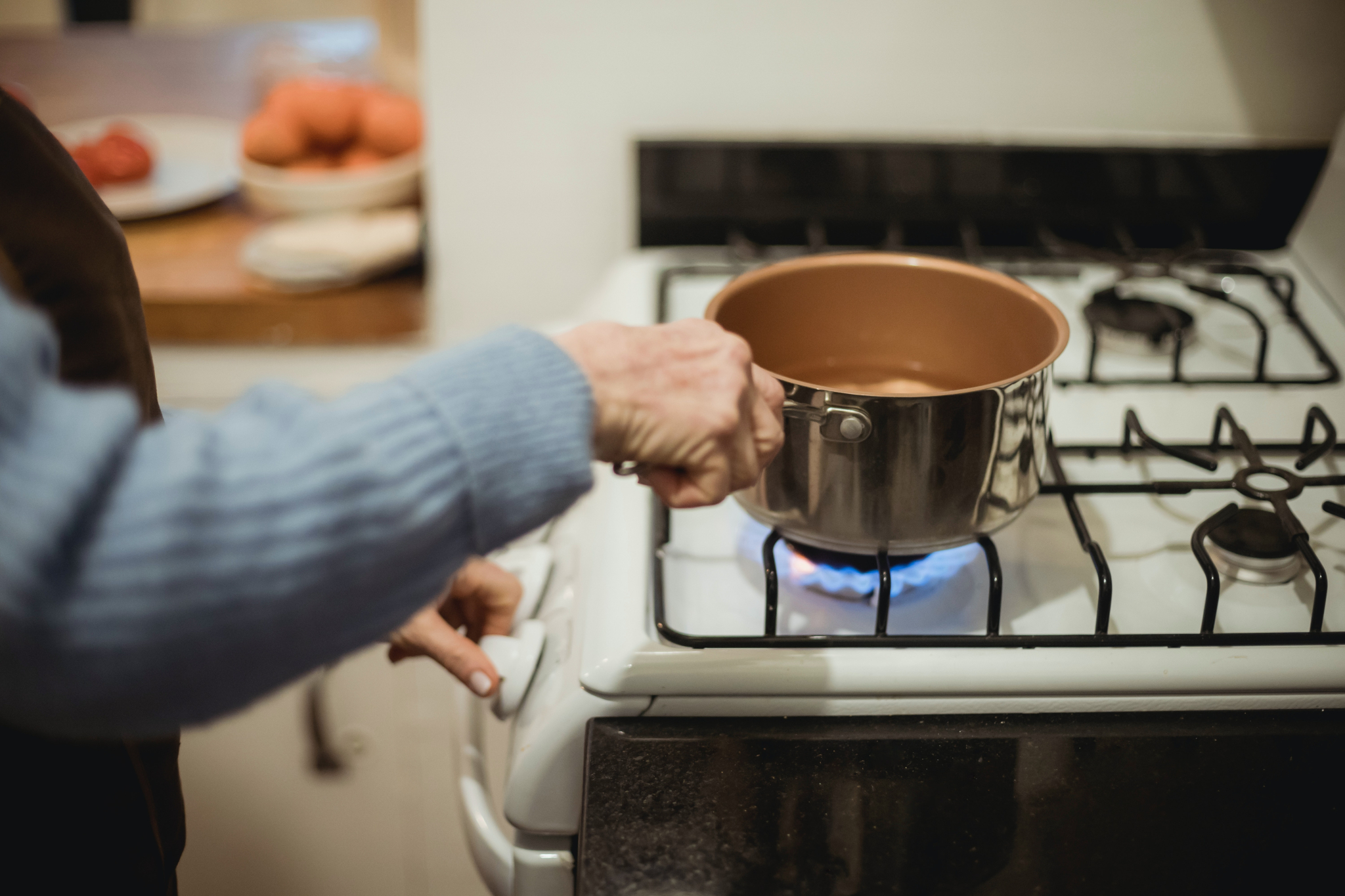 It remains to be seen if people will turn their backs on natural gas stoves. Induction and traditional electric models are better for the environment — inside and outside the home. Photo by Teona Swift/Pexels
Previous story

When we installed our first gas stove about 15 years ago, I loved it. I loved the neat blue flame and I felt like I instantly became the gourmet chef I’d always dreamed of being. It’s funny how my perception had changed since childhood when the propane stove at my friend’s dad’s hunting cabin seemed like a backwoods oddity that was only popular with the off-grid pariahs of northern Ontario. But I always thought the blue flame was cool.

Rebecca Leber exposed the evil marketing genius behind our attraction to the wonders of cooking on gas in her Mother Jones article, “How The Fossil Fuel Industry Convinced Americans To Love Gas Stoves.”

By the 1980s, marketing agencies in the United States had perfected their craft and convinced everyone that gas was better than electricity for cooking. Soon, the electric stove was considered the low-cost option for people who preferred Kraft Dinner and frozen pizza.

But for the foodies of the new millennium, induction cooking is gaining popularity. According to Consumer Reports, induction stoves can boil water in half the time. The non-profit proclaims “every induction cooktop and induction range that has come through our range lab delivers fast cooktop heat and superb simmering.”

Other advantages of induction stoves include a flat surface that is far easier to clean than those fiddly gas burners and there is no release of toxic fumes inside your home.

Consumer Reports found high levels of nitrogen oxide emissions in its gas stove testing and went as far as recommending people should buy electric stoves instead.

This report came just two months after another study was published in the journal Environmental Science & Technology that identified several hazardous chemicals released by gas stoves — even when they aren’t turned on. The presence of cancer-causing benzene in the air of the tested homes was of particular concern since it is associated with an increased risk of leukemia.

This new data attracted the attention of the U.S. Consumer Product Safety Commission, which vowed to look into the problem in the coming year. A statement by agency commissioner Richard Trumka Jr. suggested that a ban on new gas stoves could be one of the possible outcomes. Trumka triggered outrage from the fossil fuel industry, including natural gas utilities and their political allies.

It remains to be seen if people will turn their backs on natural #GasStoves. Induction and traditional electric models are better for the environment — inside and outside the home, writes Rob Miller @winexus #ClimateActionPlan #ClimateJustice

This is a recipe for disaster. The federal government has no business telling American families how to cook their dinner. I can tell you the last thing that would ever leave my house is the gas stove that we cook on. https://t.co/8IEFM44UvE

Perhaps wealthy politicians who are known to be supportive of the fossil fuel industry shouldn’t be deciding if it’s safe to use a household product that is known to pollute the air in your home.

The overheated response by fossil fuel kingpins is indicative of how the industry will fight any proposal that limits the use of their product.

In Canada, residential use only accounts for 13 per cent of the nation’s natural gas consumption and home and water heating are responsible for most of that. How difficult do you think the fight will be to transition larger markets like electricity generation to cleaner energy sources?

In 2021, the United States burned 868 trillion litres of natural gas, a greenhouse gas that has over 100 times the warming power of CO2. That’s the size of approximately 76 billion tanker trucks, which, if lined up end to end, would wrap around the circumference of the Earth 224 times. Global consumption of natural gas is over four times that amount.

We have a methane problem and it’s not going to be easy to solve if battleaxes are hurled whenever production volumes are threatened. In Alberta, Daniel Smith’s, Alberta Sovereignty within a United Canada Act lays the groundwork to suspend or modify federal laws such as the Greenhouse Gas Pollution Pricing Act or the Impact Assessment Act, or policies like the oil and gas emissions cap that threaten the industry’s goal of ever-expanding production. Her government continues to double down on fossil fuels in spite of strong indicators that Albertans support climate action.

I believe the next generation has a very good understanding of what is at stake if we don’t change our ways, and I’m confident they will continue to make better choices for the environment.

It is very revealing that the University of Calgary suspended its oil and gas engineering program in 2021 due to declining enrolment.

It remains to be seen if people will turn their backs on natural gas stoves. Induction and traditional electric models are better for the environment — inside and outside the home. The risk of childhood asthma is likely to be a concern for parents. Hopefully, that is enough to bring about the day when we will see people switching off the gas lines to their homes and it will be another small step in the long and arduous transition toward a future without fossil fuels.

Rob Miller is a retired systems engineer, formerly with General Dynamics Canada, who now volunteers with the Calgary Climate Hub and writes on behalf of Eco-Elders for Climate Action. As a climate activist, he works to stop old-growth logging in B.C., reject coal mining on Alberta’s eastern slopes, facilitate community involvement in urban afforestation, and advocate for renewable energy. Miller uses a “systems-thinking” approach to learn, understand, and defend the ecosystems that are under threat by climate change and unrestrained resource development. He lives in Calgary.

Gasthma in the home, carbon in the sky

Induction stoves have another

Induction stoves have another advantage - no exhaust ports - which makes for a v. big difference in heat loss through exfiltration. Same, same for heat pumps! You can't have a sealed house if you use gas for anything.
And they are nice to cook on, although the transition from the visible and auditory feedback of gas stoves to the quiet and invisible heat of induction does take awhile to get used to.