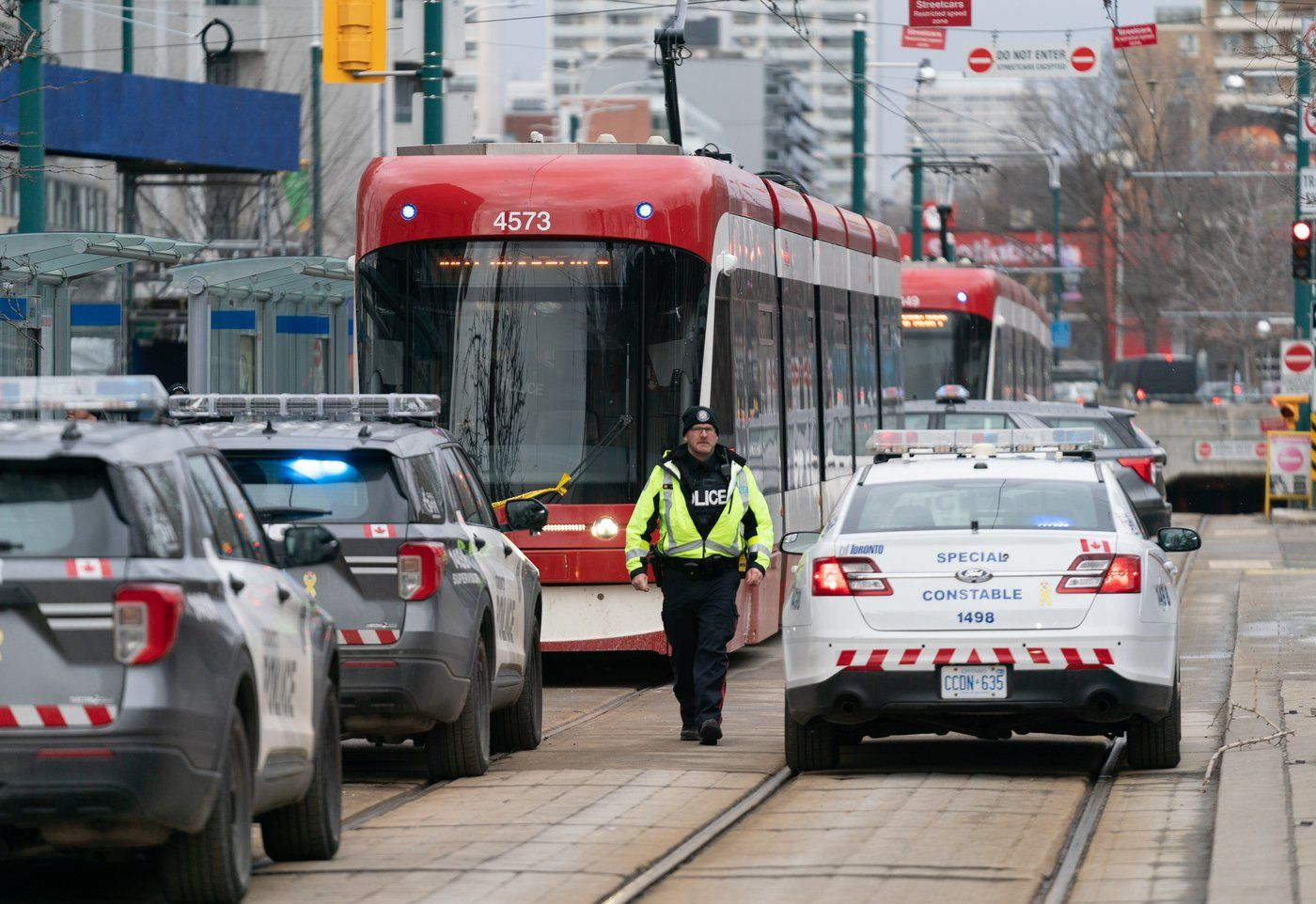 A woman riding a Toronto streetcar was stabbed in the head on Tuesday in the latest case of violence on city transit as police said they were working to address safety issues in the system.

Officers were called around 2 p.m. to a streetcar just south of a busy section of the city's Bloor Street. They found a woman in her 20s with multiple stab wounds and arrested a woman in her 40s.

"(The victim) was suffering from stab wounds to her head and face ... She is in stable condition now, with non-life-threatening injuries," said Duty Insp. Lori Kranenburg.

The suspect was arrested at the scene and will face one count of aggravated assault, police said.

Initial reports indicate the two women did not know each other, Kranenburg said.

Bloody bandages could be seen on the front seat of the streetcar as police marked potential evidence. More than a half dozen police and TTC vehicles were at the scene on the edge of the University of Toronto's St. George campus as curious bystanders milled nearby.

Police said a knife was recovered from the scene and investigators would be reviewing surveillance video from the streetcar. Anyone with information on what happened was asked to speak to police.

The stabbing was the third case of violence on city transit in recent days – and the latest in a string of incidents since December.

A day earlier, police said a group of up to 15 male youth allegedly swarmed and attacked two uniformed transit employees on a bus. On Saturday, a TTC bus driver was shot with a BB gun – she was not injured.

Last week, police said they were looking for a suspect after an alleged hate-motivated assault at a subway station where a man allegedly struck a person wearing a religious head covering. On another day, police received reports that a man tried to push someone onto the tracks at a station downtown.

In December, a woman was stabbed to death and another was wounded in a random attack on a subway train. Also that month, police charged a woman after six people were allegedly assaulted in a spree of random attacks on a streetcar, subway platforms and trains.

Kranenburg said police are aware of ongoing issues with safety on the city's transit system.

"Toronto police is working in conjunction with the city to address these safety issues, and with Toronto transit," she said.

"We can't be everywhere at all times, so we're asking people to continue to be aware of your surroundings and if you see something, report it."

The TTC said on Twitter that the organization's thoughts were with the victim of Tuesday's stabbing.

Our thoughts are with the victim of this incident.
We will, as always, support police as they investigate this awful attack.
We don't have any other details at this time. https://t.co/Vr0O5cAa18

"We will, as always, support police as they investigate this awful attack," it wrote. "We don't have any other details at this time."