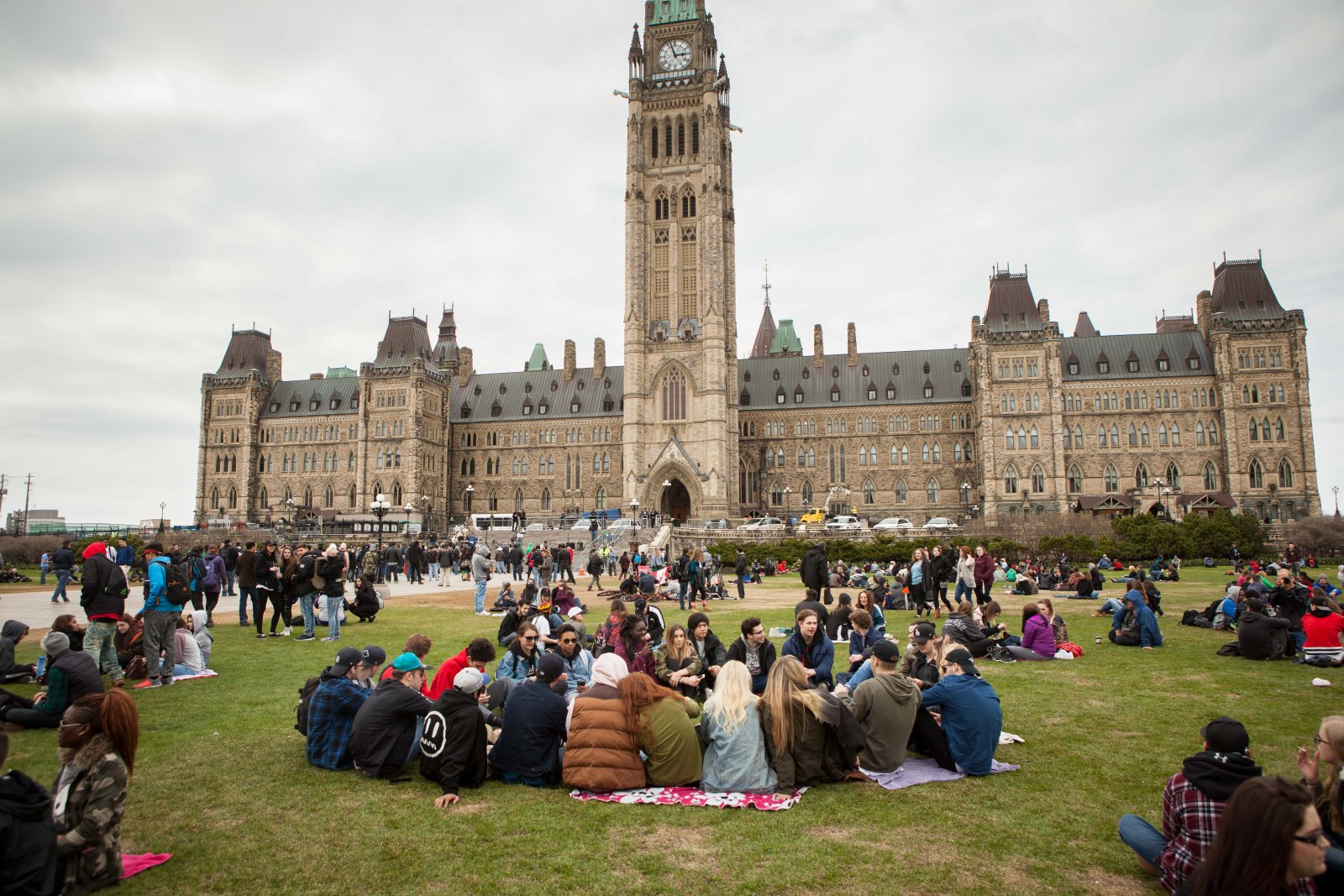 The Liberal plan to legalize pot next year will not only make history. It may be key to the governing party’s chances of re-election in 2019.

Polling data that surfaced after the 2015 election suggests that the youth vote strongly contributed to the Liberals’ majority win at the ballot box. Millennials reportedly turned up at the ballot box in “unprecedented” numbers. It has also been suggested that most millennial voters want to see pot – and in some cases all drugs – legalized.

David Colletto, who leads Abacus Data’s Canadian Millennial Research Practice, says it’s important for the government to make good on this promise if they hope to retain the youth vote that was largely responsible for their majority victory two years ago.

“The Liberals have to follow through on this,” he says. “It’s a proxy for them doing what they said they would do. I think there are liabilities across the board if they don’t legalize.”

A few concerns have been raised by Opposition MPs and activists since the release of the Task Force’s final report. For instance, until Bill C-45 becomes law, all current federal and provincial laws still apply.

Also, there will be no amnesty granted to young people (or anyone) with pre-existing criminal records for pot possession, despite the fact that even Prime Minister Justin Trudeau admitted to smoking pot early on in his political career.

The NDP says the government’s current plan does not go far enough to support young people. Newly-elected NDP leader Jagmeet Singh told VICE News that if he becomes Prime Minister he will “immediately decriminalize all personal possession offences when it comes to drugs.”

Millennial weed activist and co-owner of Cannabis Culture, Jodie Emery (known to her fans as “the Princess of Pot”), was arrested and taken into custody at a Toronto airport earlier this year. She and her husband and business partner, Marc Emery (“the Prince of Pot”), were charged with drug trafficking, conspiracy, and possession. Emery claims the government’s consultation process on cannabis was insufficient and is expressing concern with its approach.

“Many [young] Canadians voted for the Liberals because of their promise to legalize cannabis. But like so many other election promises, the Liberals lied and turned on their supporters,” she argues. “We need strong pro-cannabis leadership from another party in order to rally votes.”

Jordan Sinclair, director of communications for Canopy Growth Corporation (Canada’s first publicly-traded weed company), has no concerns on the way the government is approaching this file. He believes the Trudeau Liberals are “intent on legalizing cannabis to replace the black market with a regulated marketplace.”

All provinces and territories seem to be on board

Sinclair says that although Canopy Corp. did not participate in the Task Force public consultation process, it made a submission and found the Task Force’s final report to be “thorough.” He adds that making it more difficult for young people to access illegal drugs while taking revenue out of the hands of criminals – which is said to have been a large focus of the Cannabis Task Force’s final report and of Bill C-45 – is “a worthy policy pursuit.”

“I think Canada’s leading the world as the first G8 country to legalize [cannabis],” Rifici says. “We’re now exporting our knowledge and our products. I think a lot of activists are learning that they’ve won the battle they were fighting for.”

All provinces and territories seem to be on board with the Trudeau Liberals’ plan to legalize and are undergoing public consultations and reforms to existing laws in anticipation of Canada’s July 1st 2018 legalization date. Ontario was the first province to lay out their plan to sell and regulate recreational cannabis through the LCBO system for alcohol sales.

The Ontario Ministry of Finance announced Friday that the province is continuing to prepare for the federal government’s plan to legalize cannabis by July 2018 by working with municipalities to identify possible store locations.

Jodie Emery, who says she was denied access to the Trudeau Liberals’ Cannabis Task Force consultations, isn't happy with the Government of Ontario’s plan either.

“The Wynne Liberal government's proposal will be costly and harmful in a number of ways,” she says. “Taxpayers will be forced to pay for a ramped-up expensive crackdown on peaceful non-violent dispensaries, which will deprive patients and consumers the access they require … Government monopolies on cannabis sales also deprive taxpayers the potential tax revenue and job creation that private retail businesses create.”

I think Liberals should

I think Liberals should supply free pot to all young adults prior to the next federal election so that they will be so stoned they won’t care about voting or not.

At this stage, ithese poll

At this stage, ithese poll results only offer a hypothesis that Millennials who voted for Trudeau in 2015 will vote for him if the marijuana legislation is passed. This hypothesis ignores the fact that Millennials, who will be the first generation to have their lives directly and continuously affected by the worsening effects of unabated Climate Change, may well withdraw their votes because of Trudeau’s many broken promises on Climate and Indigenous Rights. I guess we’ll see what matters to this generation and those of us older folks who voted for him. I know many of us will be withdrawing our support from Trudeau. Ironically, Albertans still seem to ‘hate him’ for the ‘sins’ of his father!