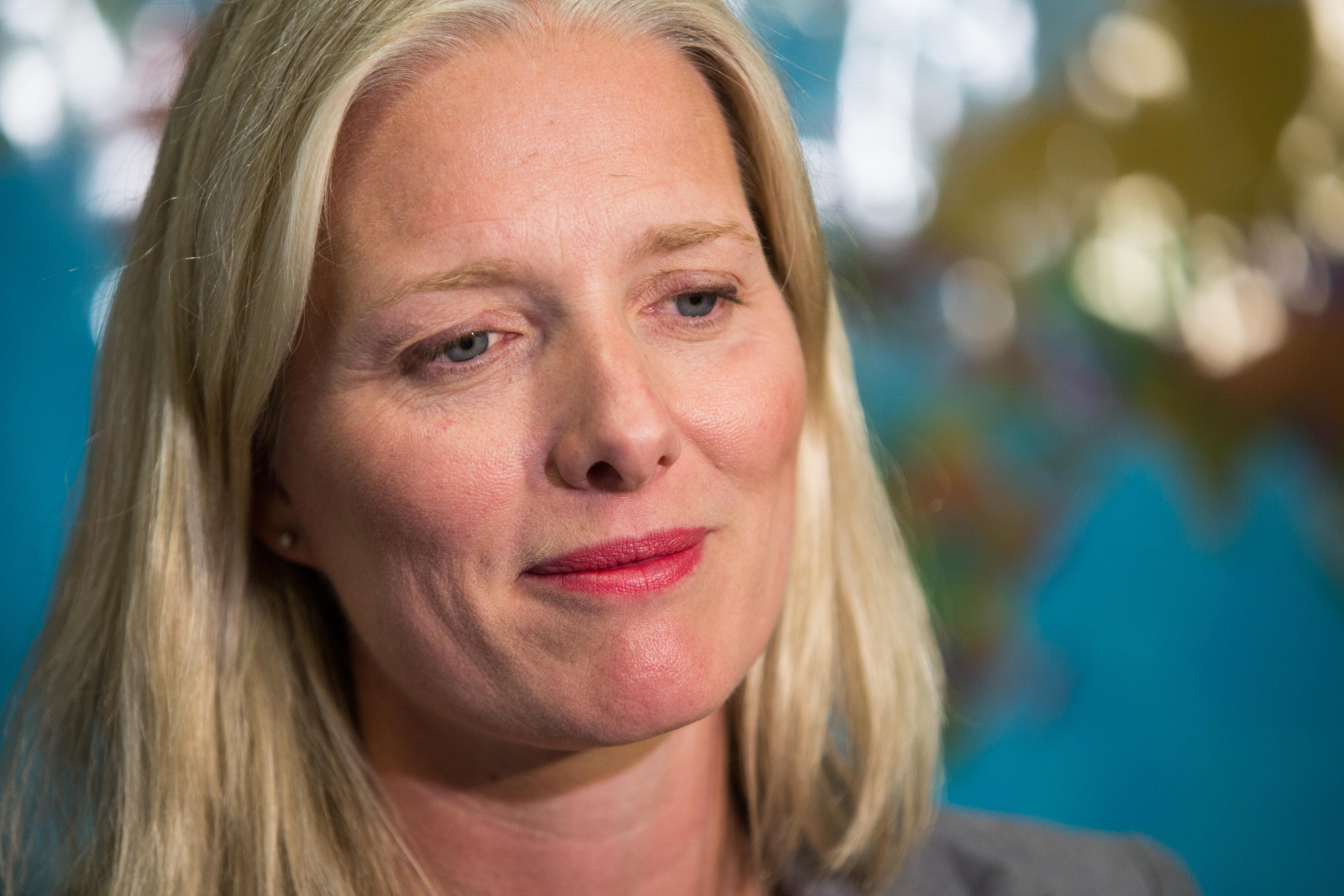 McKenna's comments follow an investigation by journalists – including Global News and the Toronto Star – that revealed major concerns about government oversight and health risks for residents living near one of Canada’s largest complexes of oil refineries and petrochemical plants.

She said her own office is working closely with the Ontario government on the issue, which includes years of leaks and spills that the public was never warned about.

“The situation with the First Nations in Sarnia is a very worrying situation. We’re encouraged that the Ontario government is taking action,” McKenna said. "We’re working very closely with them but this just shows the importance of having a strong regulatory regime where you protect health and you protect clean air and this is why we’re committed to strengthening the Canadian Environmental Protection Act.

McKenna has been one of the key ministers involved in a major review of Canada's environmental laws, including the Canadian Environmental Protection Act. This law gives the federal government the power to regulate substances that it determines are toxic and crack down on pollution that could be harmful to public health.

Prime Minister Justin Trudeau's Liberals swept to power in the 2015 election promising to strengthen Canada's environmental laws as part of a plan to restore public trust in federal oversight of industrial projects and support growth. The Trudeau government has engaged in extensive consultations about how to change existing legislation, but has not yet introduced its proposed solutions.

Oversight of the environment and natural resources is a shared jurisdiction between the federal government and the provinces under the Canadian constitution, and Ottawa's efforts to intervene in these areas have recently provoked some conflicts with the provincial governments.

Chief Joanne Rogers of the Aamjiwnaang First Nation says she's concerned about the cancer rates within her community, which is surrounded by 57 registered polluters within a 25-kilometre radius. Video by Global News

But federal New Democrats and the Green Party both slammed Ottawa’s inaction Tuesday.

“This should be a wake-up call,” Duncan said. “Where has the health minister been in both the Conservative and now Liberal government over the last decade while these concerns have been raised by the First Nation and by the people of Sarnia?”

Duncan said that under the Canadian Environmental Protection Act the federal government can intervene in situations where there are concerns about a potentially-dangerous leaks.

“The health minister has a mandatory duty under that federal statute to take action when information comes to their attention that a toxin may be causing health impacts,” Duncan said.

Green Party Leader Elizabeth May said the situation regarding Aamjiwnaang First Nation – surrounded on three sides by petrochemical plants – is “one of Canada’s top examples of environmental racism,” and officials shouldn’t wait for a study to start exploring options to reduce harmful spills and emissions.

“To be in a First Nations community to be in any community surrounded by fences and barbed wire and ringed by a petro chemical industry with emissions that are health ricks is truly horrific,” May said.

The reaction from comes a leaked document obtained by Global News revealed how Ontario’s environment ministry ignored public safety warnings raised by its own engineers regarding petrochemical plants in Sarnia’s Chemical Valley.

A joint investigation by Global News, the Toronto Star, the National Observer, Michener Awards Foundation and journalism schools at Ryerson and Concordia exposed a troubling pattern of potentially toxic spills and leaks in the area known as Chemical Valley, which is home to 57 industrial polluters registered with the Canadian and U.S. governments.

The investigation also raised questions about whether companies and the provincial government adequately warn residents of Sarnia and Aamjiwnaang First Nation when potentially dangerous chemicals are leaked. On Monday, Ontario Environment Minister Chris Ballard said the province will fund a study into the health effects of air pollution on residents of Chemical Valley.

Aamjiwnaang Chief Joanne Rogers said her community’s safety concerns go back years but was encouraged by the announcement of a health study.

“We’ve always had concerns about our health and safety,” she said. “I believe (the health study is) just going to probably document what we already believe, and that is that pollution has an effect on our community’s health.”

On Monday, Federal Health Minister Ginette Petitpas Taylor said she was “very concerned” by the investigation and her department is looking into the decision made in 2014 under the previous Conservative government to not fully fund a health study.

“I’ve instructed my department officials to look into the decision that was made in 2014 when Minister Ambrose was the health minister,” Petitpas Taylor said. “I certainly want to get an understanding as to why that decision was made.”

Ms. Petitpas: WHO CARES why

Ms. Petitpas: WHO CARES why the former Conservative government's decision was made?!!! What to do about the MESS in Sarnia is ALREADY KNOWN, and has been for YEARS!!
GET BUSY, DO YOUR JOB, and ACT!!!

I totally agree with Penny.

I totally agree with Penny. This liberal govt. is a specialist in words and woofs. It's time they gave a huge bark and an equal bite to protect its citizens. Produce some action