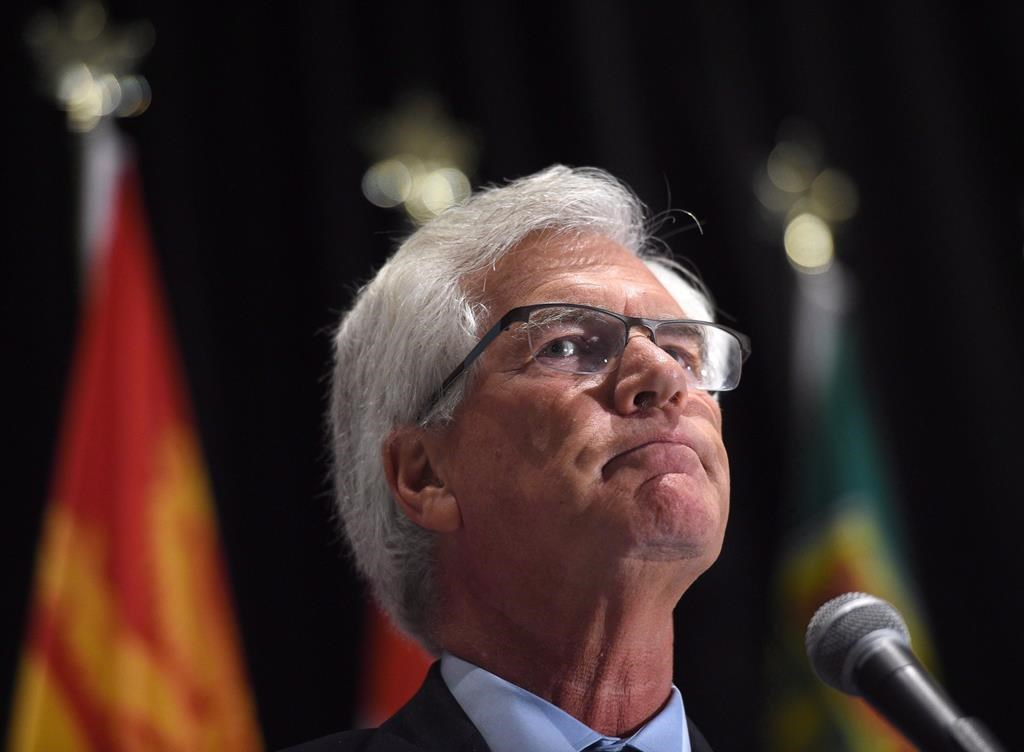 After it dashed the hopes of Texas-based Kinder Morgan for a speedy resolution to pipeline construction delays, Natural Resources Minister Jim Carr says he has confidence the National Energy Board (NEB) will do the right thing.

Carr made the comments after the NEB opted to stage a full hearing, with cross examination, following complaints about delayed permits from Kinder Morgan. The energy giant alleges that the city of Burnaby is using its bylaws to cause delays in the company's efforts to proceed with construction of the Trans Mountain pipeline expansion project. Burnaby has blamed the company for failing to follow municipal rules.

The NEB's decision came in response to Kinder Morgan's request that the matter be dealt with swiftly through a written submissions process that would wrap up in a matter of days. The decision to allow cross examination also reverses the NEB's previous approach to Kinder Morgan. The regulator conducted its entire review of the pipeline project without allowing any cross examination of company executives.

Attorneys general from B.C., Alberta and Saskatchewan have all given notice that they intend to intervene in the upcoming hearing, but the federal government's attorney general, Jody Wilson-Raybould, has opted to sit this one out, leaving the matter in the hands of the NEB.

Wilson-Raybould's office said on Tuesday that it was following instructions from Carr's office.

"The National Energy Board will decide the merits of the case that’s in front of it," said Carr, during a conference call with reporters from Paris, where he was attending meetings of the International Energy Agency, an intergovernmental organization that coordinates global energy policies.

"But I certainly believe that many Canadians have concluded that this is very important for the reasons that I’ve outlined. And the National Energy Board is quasi-judicial, it's independent. It will use its own processes. The government of Canada wants this pipeline to be built.”

The Trudeau government approved the Kinder Morgan project on Nov. 29, setting 157 conditions that the company would be required to follow if it wanted to proceed.

The Trans Mountain project, like other proposed North American pipelines, has become a flash point in a controversial battle over climate change policy, the rights of Indigenous people and industrial expansion.

Kinder Morgan has also exacerbated the controversy over allegations that it jumped the gun on some construction activity, without getting required federal permits, prompting orders from the regulator for it to stand down and stop work that was disrupting seven fish-bearing watercourses in British Columbia.

Then on Oct. 26, Kinder Morgan sent a legal letter to the NEB, alleging that the city of Burnaby was taking too long to issue permits that it needed to proceed with the project. It asked the federal regulator to use its powers to quash the bylaws that are slowing it down, suggesting that the city was deliberately trying to slow down the process.

In its arguments, it appeared to provide an inaccurate summary of a National Observer article that quoted the mayor of Burnaby, Derek Corrigan. A Kinder Morgan executive said in a signed affidavit that the politician "believed the permitting process was a legitimate method of slowing down the project." The article in question didn't report this.

The company has said it will provide more information about its arguments as part of the NEB's official process which gets underway with a hearing on Nov. 29. While B.C. Environment Minister George Heyman has described Kinder Morgan's recent actions as "reprehensible," Carr and other politicians who support the project have not commented directly on these developments.

“We certainly believe that the Trans Mountain expansion is a good project for Canada,” Carr said on the call with reporters.

Opponents of the pipeline project like the B.C. government — which recently leaned on Ottawa to focus more on allegations that pipeline operator Kinder Morgan broke rules in a rush to start construction — say the risk that the project will cause environmental or economic destruction are too great to proceed.

But supporters, like the Alberta and federal governments, point to job creation and market access as too great to ignore. Alberta Premier Rachel Notley is going on tour this month to stump for the pipeline.

Carr cited the “15,440 jobs” he said the project would create, primarily in British Columbia and Alberta, as well as “the important participation of Indigenous communities that will share prosperity in ways that matter,” and the opening up of Asian markets.

The City of Burnaby, B.C. has become ground zero in the Trans Mountain debate. The city hasn't issued the permits required to allow the pipeline expansion to proceed.

Alberta Notley has come out swinging against "municipalities using laws for purposes for which they were not intended," and saying the project was of "national significance."

Meanwhile, Saskatchewan Premier Brad Wall refused to apologize for his government's accusation that Burnaby was "deliberately slowing down" permits.

Asked whether he thought Burnaby was overstepping, Carr said the Trudeau Liberals hadn't "backed away" from their judgment that the pipeline was "good for Canada, and good for all parts of Canada."

"We don’t think that anything has changed. We think the same reasons that’s led to the approval exist today," he said. "We think it’s a project that’s good for our country, it expands export markets, it creates jobs, and we fully support it.”

Carr also echoed Notley's statement, saying “this is a project of national importance."

The federal minister also said that one of the themes that came out of his meetings last month at the Generation Energy forum in Winnipeg was that “all sectors of the economy, and all interests” want the government to work towards a “common goal” of lowering the nation’s carbon footprint to the point at which it becomes sustainable.

“But we also know that that transition is going to take a long time,” he said. “Meanwhile, it’s still sensible for Canada to use the resources that we have — those that are already developed and those that we will develop.”

My Lord, Carr is even more

My Lord, Carr is even more myopic than I thought he was. He seems to think that we have all the time in the world (no sarcasm intended) to ease into slowing climate change! Having said that I'm even more riled that he seems unaware about Trudeau's rationale for allowing it is because it accords to all the science available to them. He also must be a member of the Flat Earth society. How many times do those Ottawa guys have to be reminded about the dangers of the economic argument which will completely annihilate their Paris Accord promises. Wake up, you guys! This is reality we live in! Any bucks you might get from KM is miniscule compared to the cost of the extreme weather events you'll be precipitating with the KM pipeline.

We Don"t need to be rocket

We Don"t need to be rocket scientists to know that building a pipeline (kinder Morgan) from Alberta to BC will not justify the jobs it creates. This pipeline will be redundant before it reaches its worth. It's a bad investment for Canada and a very small gain for Alberta when considering the harm it will do .

Carr: “But we also know that

Carr: “But we also know that that transition is going to take a long time." It will take a long time if we take a business as usual attitude. We do not have the luxury of 'long time' anymore, maybe we did 10 years ago, but not now. We must be aware of how our greenhouse actions are meshing with the world's to address climate change. See the Nature article 'Three years to safeguard our climate--Christiana Figueres et al. nature.com 28June2017' She and high level scientists and organizations give 6 goals for 2020--1) Energy. Renewables make up at least 30% of the world’s electricity supply — up from 23.7% in 2015, 2) Infrastructure. Cities and states have initiated action plans to fully decarbonize buildings and infrastructures by 2050, 3) Transport. Electric vehicles make up at least 15% of new car sales globally, 4) Land. Land-use policies are enacted that reduce forest destruction and shift to reforestation and afforestation efforts. Adopt agricultural practices that reduce emissions and increase CO2 sequestration in healthy, well-managed soils, 5) Industry. Heavy industry is developing and publishing plans for increasing efficiencies and cutting emissions, with a goal of halving emissions well before 2050. 6) Finance. The financial sector has rethought how it deploys capital and is mobilizing at least $1 trillion a year for climate action. Most will come from the private sector.

Carr: “Meanwhile, it’s still sensible for Canada to use the resources that we have — those that are already developed and those that we will develop.” NO it is not sensible at this point in time! We don't have enough time to level off at 2 C, let alone 1.5 C if we continue extracting more fossil fuel, building more infrastructure, releasing more greenhouse gases into the atmosphere. fossil fuel. Many many good and valuable jobs can be developed in the renewable energies, renewable resources, energy conservation, and clean tech areas. Check it out with CCPA and Pembina and many other think tanks. It is too late, we are going to have to leave some of it in the ground.