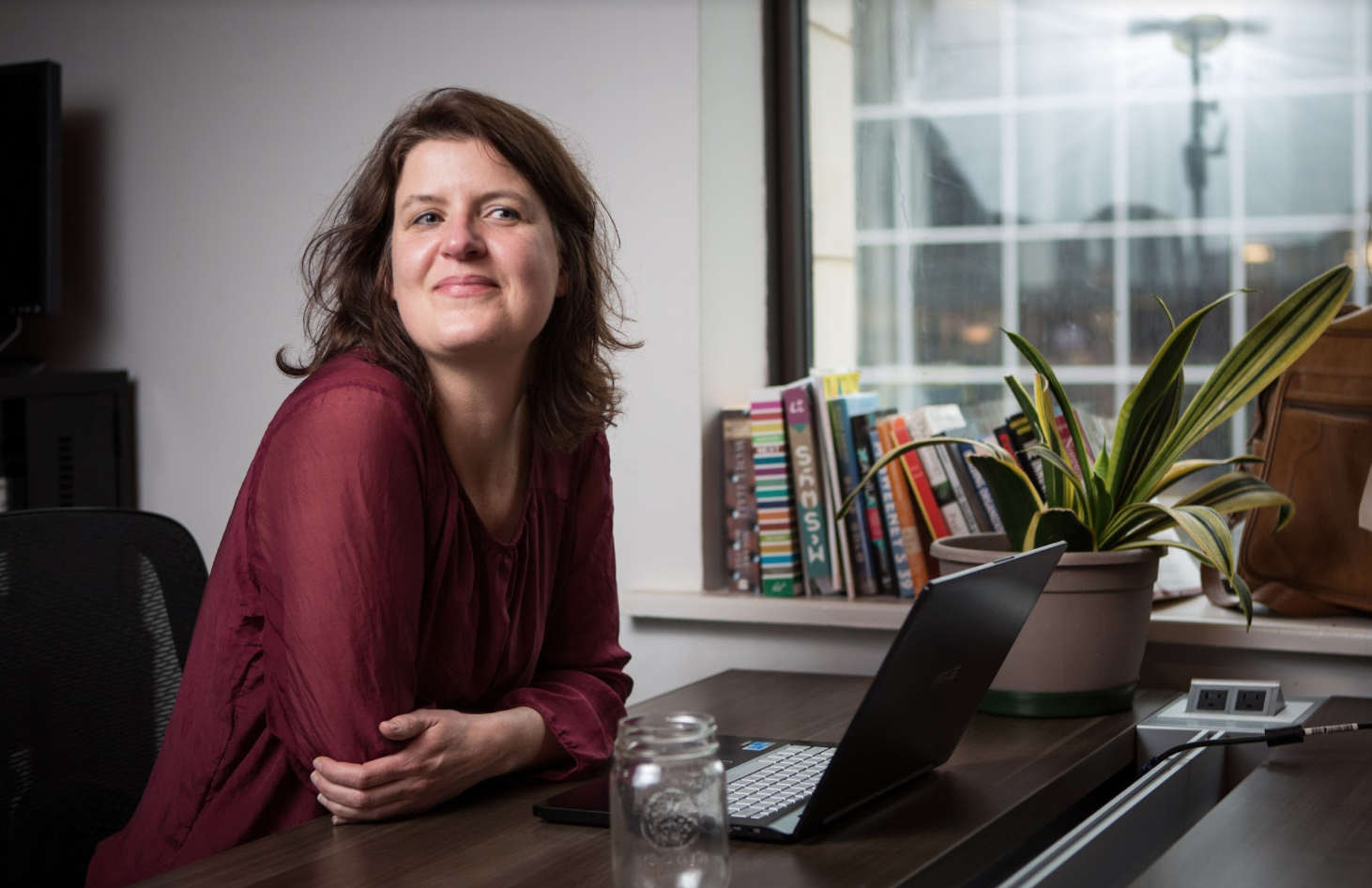 For Ottawa resident Valerie Leloup, it all started with a good book.

Two years ago, her mother gave her a copy of Zero Waste Home by Bea Johnson, a step-by-step guide for simplifying one’s life through waste reduction.

To her own surprise, Leloup crushed it in 24 hours, and by the last page — number 304 — the wheels behind her upcoming business venture, Nu Grocery, had already started to spin.

“That same day, I decided to start living a zero-waste lifestyle,” said Leloup, a cheerful teacher-turned-entrepreneur who hails from France, but has lived in Ottawa since 2003. “I’m really an all-or-nothing person, so the next day I really started applying some of the rules.”

In accordance with her new lifestyle, Leloup launched her search for zero-waste groceries that contained reusable, compostable, or no packaging at all. But the mission had her running all over the city, and as a working mother of two, she didn’t have time.

That, she said with a smile, is how Nu Grocery Inc. was born. She continued to work as a French teacher for the Ottawa-Carleton District School Board, and by Christmas the following year, had raised enough cash to create the company with support from friends, family, and donors.

“It’s hard to reduce your waste when you don’t have any options and everything you need for your daily life is wrapped,” Leloup told National Observer. “So what we’re doing with the store is giving people an opportunity to do their groceries without creating mountains of waste.”

Nu Grocery hasn’t opened yet, but once Leloup finalizes lease negotiations, she expects to launch sometime this summer. She's keeping the location a secret until then, but said the one-stop shop will sell everything in bulk from dry goods to beauty products. Customers are invited to bring their own containers, borrow them from the store using a deposit, or buy containers when they get there.

It’s still in the “implementation phase,” said Leloup, and she wasn't immediately able to say when she expected to break even or make a profit. But already, the concept has received high praise from the Ottawa community. On Tuesday, she was awarded a Bootstrap Award for Community Impact, which celebrates entrepreneurs who are “working their tails off, self-financing and doing it the hard way.” The initiative even got a nod from federal Environment and Climate Change Minister Catherine McKenna, who reached out via Twitter:

And while passion and enthusiasm are a driving force behind Leloup’s business idea, they’re backed up by a set of disturbing numbers: according to City of Ottawa statistics, the average Ottawa household generates 900 kilograms of waste per year, or 360kg per person per year.

Over the average person’s lifespan, notes the discussion paper, that balances out to roughly 6.5 transport trailers full of trash. And despite dramatic increases in the city’s ability to divert waste away from landfills and into green or blue bins, those numbers continue to climb.

“Sustainability needs to become mainstream,” said Leloup, taking on a more serious tone. “It may not be top of mind right now, but I will work very hard to make it top of mind.”

Canada-wide, there's lots of room for improvement — according to Statistics Canada, Canadian households tossed out 9.6 million tonnes of trash in 2012, an increase of nearly seven per cent from 2004.

But reducing waste production doesn’t mean everyone has to convert to zero-waste lifestyle, Leloup explained, encouraging Ottawa residents to think of 'zero waste' as a “spectrum.” On one end, are the superstars who produce no more than a jar of trash per year, and on the other end, she said, are those who produce several garbage bags full every two weeks.

At roughly a small grocery bag full of trash bi-weekly, Leloup said she lies somewhere in the middle.

“I think it’s important to go as far as you want to go,” she said. “You do what you want to, what’s convenient for you. What the store does though, is make it more accessible. It makes it easier, because you have one place where you can find everything.”

When it launches this year, Nu Grocery will contain roughly 350 food and non-food products that address the consumer’s daily needs. By 2018, Leloup hopes to increase the assortment to 500 products, the majority of which will be natural, organic, and locally-sourced.

As an added bonus, she said she also expects a bill at Nu Grocery will be cheaper than other stores selling comparable products.

“It should be cheaper because we’re eliminating packaging, and packaging is part of the cost of the products you buy,” she explained, naming oatmeal as an example from personal experience.

“The more elaborate the product, the less you will see the (cost) difference. But we’re really selling all-natural products — organic when we can — so you need to make sure you’re comparing organic to organic, not the cheapest industrial product you can find.”

Ottawa already has a number of grocery stores that sell products in bulk and accept reusable containers to some degree. But Leloup said Nu Grocery will be the first all-in-one location with an entirely zero-waste range of products.

And she's not the only one putting such an idea into practice; in 2016 alone, permanent zero-waste grocers opened up in Vancouver, Montreal, and Salt Spring Island, B.C. Similar stores already exist in Denmark, Germany, the U.K., and Texas, reports Huffington Post.

Despite these promising breakthroughs however, Leloup said the movement is still far from mainstream. She said ‘environmentalism’ still has an “image problem.”

“Whenever you label yourself as as environmentalist, you’re being called a hippie, a granola, a tree-hugger, things like that, and it’s a problem because I think there are a lot of people who identify as environmentalists and care about the environment, but don’t recognize themselves under those labels,” she told National Observer. “And I want to put the environmental movement out of this green niche, I want it to become mainstream.”

To help make everyday eco-friendliness more accessible to the average consumer, Leloup said she and her graphic designer, Elspeth Tory, deliberately stayed away from the colour green. Nu Grocery, she said, will have blue themes. She hopes this will help reduce stereotypes and make the store more welcoming to all.

If it doesn't, and the business fails, she joked that she will "disappear into a hole and never show up again." More seriously however, she said quitting is not in her nature. She has a "good feeling" about opening Nu Grocery, she told National Observer, and she will see it through, no matter what the outcome.

"I will make it work," Leloup said determinedly. "As you know, the entrepreneur always gets paid last... I hope the business will be a huge success, and I hope to pay myself eventually!"

Until then, she hopes to keep working part-time as a French teacher and improve her zero-waste lifestyle at home in Ottawa.

Editor's Note: This piece was updated on Wed. March 8, 2017 to correct an error. Elspeth Tory is Nu Grocery's graphic designer, not store designer.

A far sighted heroine. I

A far sighted heroine. I hope the published congrats from our environment minister, Catherine McKenna, doesn't reduce her clientele. Not many folks in western Canada are convinced of McKenna's political sincerity.