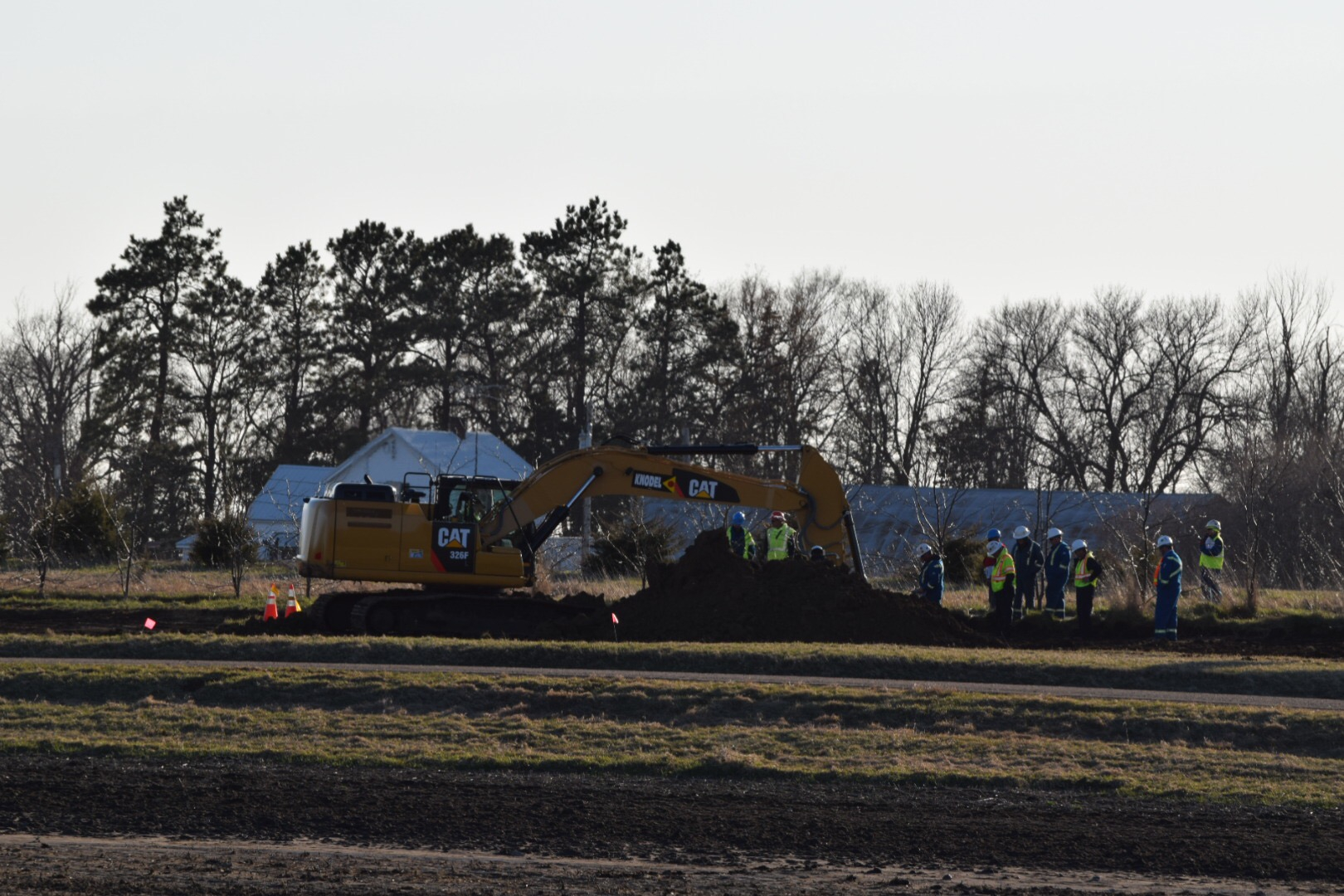 Repair crews from TransCanada work at the site of an oil spill from the Keystone pipeline in South Dakota. Photo courtesy of Cindy Myers.
Previous story
Next story

Calgary-based pipeline company TransCanada has restarted its Keystone pipeline at a reduced operating pressure after repairing a leak that spilled about 64,000 litres of oil onto farmland in South Dakota.

The American regulator, the Pipeline and Hazardous Materials Safety Administration (PHMSA), approved a plan to allow the energy company to restart the pipeline on Sunday, TransCanada spokesman Mark Cooper said in a statement.

TransCanada had shut down the line on April 2, after a passerby, a local landowner, discovered the spill and reported it to the company. A TransCanada spokesman said it responded quickly to that call by shutting down the line. But the company has not yet explained why its automatic leak detection systems failed to notice that there was a problem.

"As part of the return-to-service plan approved by PHMSA, TransCanada is operating the pipeline at a reduced pressure," Cooper said. "TransCanada continues to conduct aerial patrols and visual inspections of the site."

Cooper said the company identified a "small leak" near a pump station in Hutchinson County, South Dakota. The company didn't say whether it determined what caused the leak, but the incident remained under investigation by U.S. regulators.

"We are committed to safely delivering the crude oil we use to fuel our everyday lives to the North American marketplace," he said. "As previously mentioned, on-site specialists and regulators have not observed any significant environmental impact. There is no threat to public safety as we implement the corrective measures required by PHMSA."

Cooper said the company would pursue clean up efforts and land restoration over the coming days.

"Our goal over the 40,000 miles of pipeline we have operated for the past 65 years is zero incidents," Cooper said. "We will apply what we learn from this incident to move us closer to that goal."

The Keystone pipeline, which ships about 500,000 barrels of oil per day between Hardisty, Alberta and Cushing, Oklahoma, has been operating since June 2010. It was supposed to be the first phase of a major expansion, Keystone XL, to link Alberta oil producers to refineries in Texas. But the Keystone XL project was rejected last November by U.S. President Barack Obama.

TransCanada is now proposing a new major pipeline infrastructure project in Canada, Energy East, that would link Alberta and Saskatchewan oil producers to Eastern Canada, shipping more than one million barrels of oil per day.

Apparently TCP has Re

Apparently TCP has Re purposed some old [65¿] year old pipeline on the Keystone Project. Note the home behind the Cat excavator in the picture and compare it to the pictures of the carnage at Lac Megantic.

"There is no threat to Public Safety. A visual tour of YouTube of TCP specific pipeline explosions is the Proverbial, a "picture is worth a thousand words".

The TSB Report of the Beardmore natural gas explosion of 2011 which is part of the Energy East Conn/Version Proposal would have preceded Lac Megantic being turned into a piece of charcoal if explosive diluted bitumen was being pumped East.

I worked Hydrostatic Testing on the pipeline in the Beardmore area in the early 70's and at 15 years [1957] old it was rupturing under water pressure, with one rupture just North of town. TCP has newer [1974] Line 2 sections that will not accept welds to new repair pipe. These sections have been De-Commision ed an word Shareholders and pipeline owners do not like to hear.
Kinder Morgan's Trans Mountain has 2 sections 63 years old that are De-Commision ed. Replaced with New heavy wall pipe in populated areas I hope. It is shameful and criminally negligent that the homeowner behind the excavator could someday take a "Hit for the Team" as Garossino in her article on the story, "Kinder Morgan is not the Mountain to Fight and Die On", her last sentence states that concept which I equate to " Acceptable Collateral Damage" by pipeline owners and shareholders.

65 year old pipeline built when they were still using Steam Engines doesn't cut it in my world of metal dynamics and integrity. It is time the investment team share some work with the struggling Steel mill at Sault Ste. Marie that has made Rust Resistant Core 10 Alloy steel blended with copper and Chromium. External rust is the biggest cause of pipeline failure.

Almost forgot that it took TCP 11 hours to shut the Valves off on the Beardmore explosion. TCP has likely never gonna back to Beardmore and replaced any of the 3 or 4 pipe loops besides the town with heavy wall pipe as they brag about at their Public meetings.

Excuse the glitches I am on a hand held device.