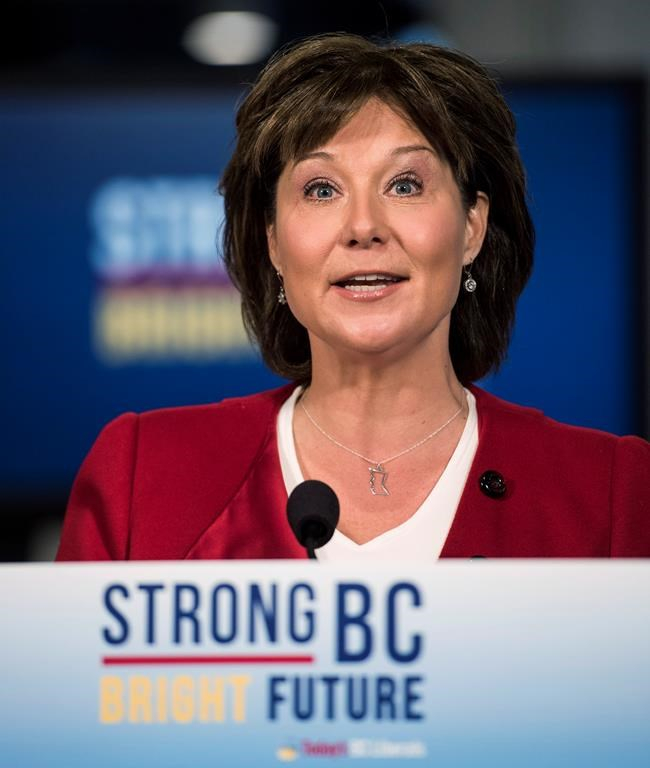 On Tuesday, BC Liberal leader Christy Clark made an announcement that left climate activists and community organizers in the Pacific Northwest momentarily stunned.

After years of silence on the issue Ms. Clark, as Premier, called on Prime Minister Trudeau to enact a complete ban on all thermal coal exports from B.C. ports. If Trudeau doesn’t take action Christy Clark has said she would do all in her power to discourage the practice.

In her letter to the Prime Minister Premier Clark makes clear she understands coal is climate enemy number one and an energy source in permanent decline. It’s worth reading.

Christy Clark made the call to ban thermal coal exports in the midst of the latest softwood lumber dispute, but her arguments for ditching coal are solid: B.C. shouldn’t be shipping the world’s dirtiest fossil fuel. Her letter has changed the debate over coal in B.C. forever. You don’t walk back bold statements like this.

In fact, there would be no reason to expect her to backtrack – Ms. Clark’s call is the logical next step in the development of provincial and federal policies around thermal coal.

The Gordon Campbell government banned coal power in B.C. in 2007. Ontario weaned itself off coal power a few years ago, and Alberta is in the process of doing the same right now. Ottawa has called for the phase out of all coal use by 2030.

Christy Clark herself has, for years, pointed to the harmful impacts of coal burning in Asia as justification, dubious or otherwise, for LNG exports from B.C. How can we act on the harm coal brings to health and climate here at home, yet still export it overseas to be burned? We can’t, and Ms. Clark has called on the Prime Minister to end that contradiction.

Green Party leader Andrew Weaver has made clear that a thermal coal export ban has long had his party’s full support. That just leaves John Horgan and the BC NDP to state their position on the issue.

I’ve been troubled during this election campaign by the NDP’s ‘we’re not necessarily in support, but please don’t conclude we’re opposed’ posturing around a planned new coal port at Fraser Surrey Docks.

That project would see 4 million tonnes of US thermal coal exported down the Fraser River each year, after being shipped through our communities in open rail cars from mines, more than likely not unionized, in the US west.

I know this project intimately. For the past three years, along with Communities and Coal and Ecojustice, my organization has been preparing a Federal Court challenge of the Vancouver Fraser Port Authority’s approval of this new coal port.

Perhaps the BC NDP thinks the 25 or so jobs that this coal port would generate are worth the impacts on our communities and our climate, but it’s hard to understand how they could make that trade-off when the project is opposed by Metro Vancouver, numerous municipalities – two of which are intervening in our court challenge – and a host of health experts. I’m hoping that Christy Clark’s broadside against thermal coal will encourage the NDP to get off the fence on this issue.

Some people are asking why Christy Clark didn’t call for this ban four years ago, before the Vancouver Fraser Port Authority approved this new coal port on the Fraser River. Others point out that her government approved an expanded coal terminal on Texada Island to help facilitate the Fraser Surrey Docks thermal coal export project, and that Westshore Terminals has been exporting thermal coal for years without Ms. Clark raising protest.

None of that matters if Christy Clark can convince Prime Minister Trudeau to enact this ban on thermal coal exports, or if she can use the tools at her disposal to get the job done herself. With Washington, Oregon and California having already made similar moves, if B.C. bans thermal coal exports then the entire west coast will have taken a huge step towards keeping thermal coal in the ground forever. That is unambiguously good for the climate.

Our judicial review of the Fraser River coal port approval goes to Federal Court in Vancouver on May 17. It’s great news that another of B.C.’s major parties is now calling for an end to thermal coal exports, but the federal government still has final say the matter. Our legal challenge is important.

Should the Court rule in our favour, if Fraser Surrey Docks still wants to build a coal terminal they'll have to restart the permitting process with the Port. If that comes to pass we'll call on BC’s next Premier to fight the proposal with all the conviction expressed in Christy Clark’s letter.

I know we could count on a Premier Weaver or a Premier Clark take on this fight. I encourage the BC NDP to let us know if a Premier Horgan would do the same.

Can't forget she's running an election campaign. She's even bragging about how much she's putting into public education forgetting about the hundreds of millions she took out of education. It took the Supreme Court of Canada to tell her to put it back.

Well done folks. With the

Well done folks. With the accelerated shutdown of Alberta's coal power plants there was the threat of this surplus heading for our coast too. It certainly should strengthen VTAC's court case. Fingers cross.

By what amount would the

By what amount would the price of coal rise in Asia if BC closed its ports? How much would that reduce Asian consumption?
These articles seem to have the assumption that the buyers would just close up shop, if we stopped selling, rather than just switching to another supplier for 5% more or some such amount. Environmental actions should be actions, not empty gestures.

I found the link to the

Great content. I'd like to see the next steps taken to eliminate pipeline considerations and ban the export of bitumen and Tar Sands oil from this once pristine coast. Her timing is suspicious, given the provincial election is pending but I'm all for this proposal. Hope PM Trudeau doesn't fold under NAFTA and keep it open....

I believe this is a last

I believe this is a last ditch effort to keep environmentalists on her side.

There is NO way that Clark can GUARANTEE Trudeau will "jump right on it" & stop coal exports from BC.

It is a strategic measure to "distract" voters to thinking she actually cares about our environment. Classic case example: remember the Kinder Morgan TMX pipeline proposal? BC "gave up" their right to do an environmental assessment & said they would defer to the Feds. Then she said there are 5 standards that HAD to be met, and the closer the decision was coming, one by one the standards were covered. I have to think it was all for theatrics, to make it look like she was fighting for our province.

My question is, what's going to make the difference here? She is putting on a grand show that she, Premier Clark is writing to PM Trudeau & demanding that coal exports be shut down! Good for you!! However, like any other politician out there vying for this provincial top spot, you CANNOT gaurantee that it can be followed through. And, as a voter here in BC, if she is saying all this tough stuff now, and cannot produce final results, i'm hooped!! PM TRUDEAU is a fine example of that & ALL his campaign promises!!

Living on the North Shore, with the coal terminals in our backyard, and the expansion of this shipyard, i cannot believe that these exports will but shut down anytime soon, letter to PM or not.... We must all understand the larger forces at play & decide who would be best to stand up to those forces with the "communities" in mind. My lived experience shows me that the Liberal Party of BC does not consider grassroots communities first, let alone First Nations (of which i am one).

Let us not be distracted!!