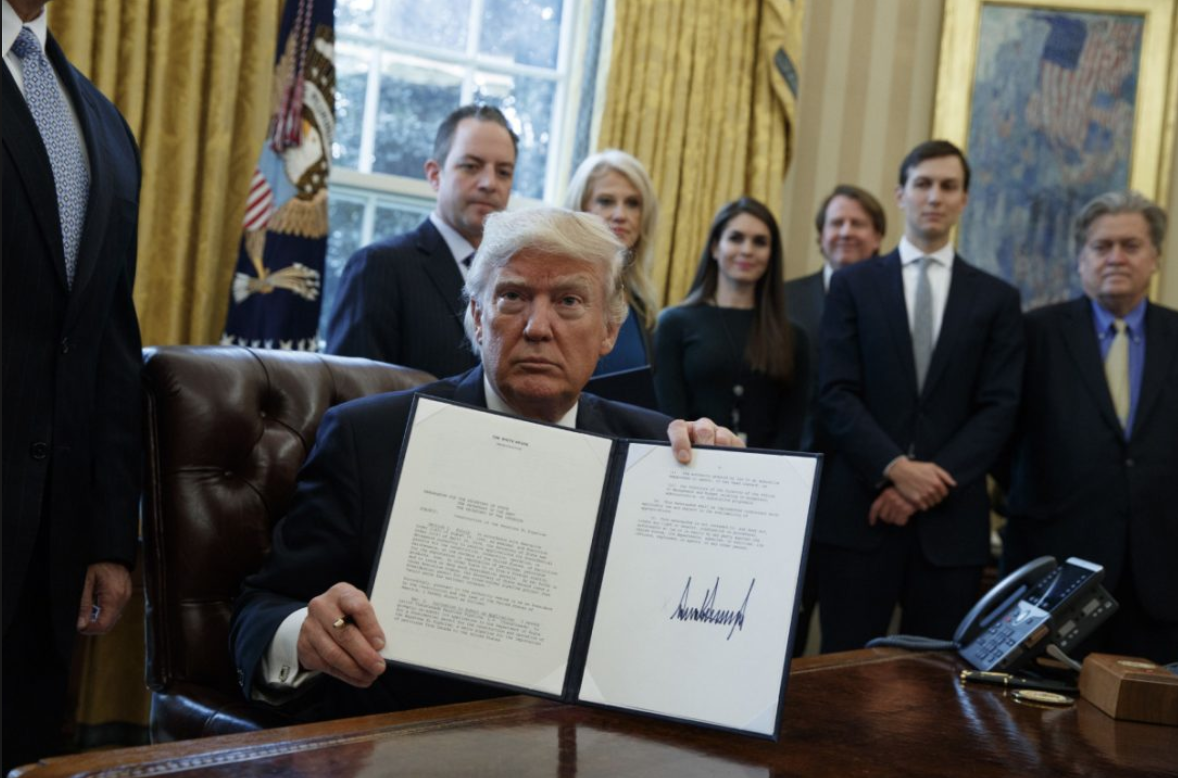 As dust settles on the grave of TransCanada Corp.'s cancelled Energy East project, the race to build what could be Canada's last major oil pipeline is hitting a crescendo.

In British Columbia, Kinder Morgan's Trans Mountain expansion is struggling to break ground. Opponents are seeking to overturn the federal government's approval of the project in court, while the Texas-based multinational has launched its own legal salvos to accelerate its construction schedule and bypass requirements for it to get municipal construction permits.

In Alberta, TransCanada is trying to lock in new long-term shipping commitments for the cross-border Keystone XL pipeline (KXL), which was recently approved by Nebraska regulators, but subjected to a potentially costly route change that avoids ecologically-sensitive areas.

Building a pipeline is tricky business, and in this race, two experts predict that only one of the two may cross the finish line — if clean energy commitments and poor oil prices permit either of them at all. They spoke with National Observer shortly after the $10-billion KXL project cleared its last regulatory hurdle in Nebraska and the company announced that it has enough interest from long-term shippers to justify building the pipeline.

"If one goes ahead — and I’m not at all convinced that any are going ahead — but if one goes ahead, that will be Canada’s last big pipeline and that will become a stranded asset long before its time," said Jeff Rubin, an energy expert and former chief economist for CIBC World Markets.

His position was backed by Oil Change International's senior advisor Adam Scott, who said that as industry titans like Shell, Statoil, ConocoPhillips and Marathon Oil slowly withdraw from Canada's oilsands, it's unclear which oil productions will support the shipping capacity of either Trans Mountain or KXL, let alone both.

"There’s no evidence that there’s enough production coming online at the moment," he explained. "There was a time when the industry would sort of be able to credibly say, 'We’re planning so much growth and we’re going to need all these pipelines,' but now it’s pretty clear that none of the pipelines are actually needed."

The pair's predictions do indeed, run counter to those of industry groups like the Canadian Association of Petroleum Producers (CAPP), which forecast that by 2030, Canada's oil production will grow to 5.1 million barrels of oil per day, up from 3.85 million in 2016. And while Scott said those numbers are "literally (CAPP's) fantasy projection," an industry observer disagrees.

The idea that a decarbonized world won't need crude oil is "absurd," said Dennis McConaghy, a former executive vice-president for TransCanada. McConaghy predicts that upon completion, the KXL pipeline will run almost at full capacity for its lifespan as it ships Canadian diluted bitument to its "most lucrative market" in the U.S. Gulf Coast.

According to McConaghy, the numbers are in favour of Canadian pipelines.

The findings are congruent with those of the Canadian Energy Research Institute, which reported that while "no greenfield oilsands project is economically feasible under the current pricing environment," profitability will improve considerably "when (not if) oil prices eventually recover."

Such demand could support not only KXL, said McConaghy, but other pipelines as well such as those proposed by Kinder Morgan and Enbridge. Proof of economic feasibility for another major Canadian pipeline is in the pudding, he added, noting that on Nov. 9, TransCanada confirmed it has already obtained its desired volume commitment of 500,000 barrels per day from crude oil shippers for KXL.

The conditions of those commitments remain under negotiation, the company confirmed, but overall, they represent more than half of the KXL's total capacity of 830,000 barrels shipped per day from Alberta to refineries in Oklahoma and the Gulf Coast.

"These are the people that are going to go on the hook so to speak financially, for the next 20 to 30 years... whether they use the pipeline or not," said McConaghy, who expects more shippers will sign on before the end of the year. The industry veteran predicts a final investment decision on the pipeline early in 2018.

TransCanada declined an interview for this story and redirected media requests to publicly available statements online. Responding to its third quarter results, the company said it anticipates commercial support for KXL to be "substantially similar to that which existed when we first applied for a Keystone XL pipeline permit (in 2008)." It's not clear what additional costs the company will bear as it reroutes its pipeline to meet Nebraska's conditions, and as it stands, TransCanada is under scrutiny for a 5,000-barrel oil spill in South Dakota that forced it to shut down its existing Keystone line.

At the same time, TransCanada sought financial backing from Alberta to buy some shipping capacity in support of Keystone XL, Bloomberg reported earlier in November. The province's premier, Rachel Notley, is currently in the midst of a cross-country trip attempting to drum up support for pipeline projects such as Trans Mountain.

Pipeline arguments 'pie in the sky'

According to Rubin, projections and arguments that oil demand will increase in the future are based on "pie in the sky" scenarios that assume no new major climate commitments and no significant clean technology advances. And if heavyweight countries like India and China pledge to cut back on climate-polluting carbon emissions, he added, it will undoubtedly impact the demand for either Trans Mountain, KXL or both.

"About 70 per cent of world oil consumption is as a transit fuel," he told National Observer. "It doesn't really matter what Canada does, but if countries like China are saying that by 2025, a quarter of the vehicle fleet has to be hybrid or electric, that matters. By 2040, countries like Norway, the U.K. and France saying they will ban gasoline and diesel-burning cars, that matters. In 2019, Volvo isn't even going to produce an internal combustion engine-powered car."

For the oil demand that does exist in the future, added Scott, Canada will not likely be in a position to offer the most competitive rates per barrel, given the distance required to ship it to markets and the price it would need to fetch in order to be profitable. Rubin agreed that international buyers will likely go elsewhere.

According to a joint report by Carbon Tracker, the Grantham Institute at Imperial College London, oil and coal use will peak in 2020 and then decline clean technology replaces fossil fuels and people change their consumption habits.

"Either the pipelines aren’t needed, or we have a climate disaster," said Scott.

Responding to the increased price of oil per barrel in the fall, he added: "What we’re sort of seeing is that there’s still a lot of production growth happening right now and there will be for the next couple of years, but all of that was invested back when oil prices was still high. The long term growth production for tarsands are far lower than the industry is projecting."

What does that mean for Canada's two big pipelines racing to the finish line? As for Trans Mountain, Rubin said intense opposition from West Coast municipalities, environmentalists and Indigenous people makes it far from a "done deal." Enbridge's Line 3 project from Alberta to Wisconsin — whose construction is already well underway despite some opposition in the state of Minnesota — will likely be completed, he added, and adequately supplied with business from Suncor's upcoming Fort Hill oilsands mining project and CNRL's Horizon oilsands site.

But that leaves little left for KXL, he explained, doubting TransCanada's assertion that it has obtained adequate, long-term shipping support for the project, which he characterized as a "harder and harder sell" in the investment community.

"I’m very, very skeptical of that because (it’s unclear) exactly which projects are coming are coming on stream that going to supply them with those 830,000 barrels. I’m not saying they can’t get short-term supply if they undercut by as much as 75 per cent their normal pipeline charges, but that’s not the same thing as long-term supply contracts."

Very balanced and well-reported article. Thanks.

Typo in last paragraph: "I’m very, very skeptical of that because (it’s unclear) exactly which projects are coming are coming on stream..."

Happy to see you're back

Happy to see you're back Elizabeth! What happens when sharks fight sharks? Blood and death. Which just about sums up the current status of the fossil fuel industry. I'm thinking endangered species, soon to be extinct!