By The Canadian Press | News, Politics | November 27th 2017
#39 of 117 articles from the Special Report: State of Journalism 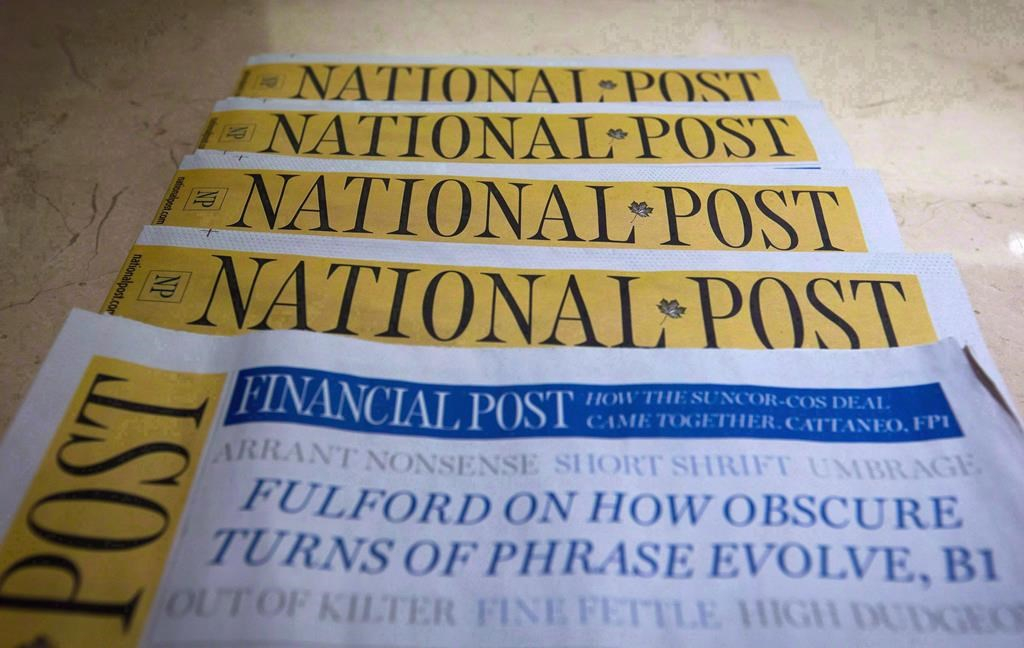 After acquiring 22 newspapers from Torstar, Postmedia announced on Nov. 27, 2017 that it was closing 21 of them and eliminating 244 jobs. File photo by The Canadian Press
Previous story
Next story

Torstar Corp. and Postmedia Network Inc. will close a number of community and daily newspapers including free dailies in Toronto, Vancouver, Winnipeg and Ottawa as part of a deal to swap titles.

Postmedia announced Monday it will cut 244 jobs as it plans to shutter 21 of the 22 community newspaper properties it has acquired from Torstar as well as the Metro Winnipeg and Metro Ottawa free dailies.

"What makes this particularly difficult is that it means we will say goodbye to many dedicated newspaper people," Postmedia executive chairman and CEO Paul Godfrey said in a statement.

"However, the continuing costs of producing dozens of small community newspapers in these regions in the face of significantly declining advertising revenues means that most of these operations no longer have viable business models."

Meanwhile, Torstar's Metroland Media Group Ltd. said it will close three of the seven daily newspapers in Ontario it acquired from Postmedia as well as the eight community newspapers purchased.

The daily publications that will close are the Barrie Examiner, Orillia Packet & Times and Northumberland Today, while it expects to continue to publish St. Catharines Standard, Niagara Falls Review, Welland Tribune and Peterborough Examiner. The closure of the newspapers will affect 46 full-time and part-time employees.

Torstar will also close the free dailies 24Hours Toronto and 24Hours Vancouver, a move that will result in the loss of one job.

"This transaction will allow us to operate more efficiently through increased geographic synergies in a number of our primary regions," Torstar CEO John Boynton said in a statement.

Torstar holds an investment in The Canadian Press as part of a joint agreement with a subsidiary of the Globe and Mail and the parent company of Montreal's La Presse.

Folks in these mostly smaller

Folks in these mostly smaller and rural communities that are losing their community-based publications to these self-serving, greedy corporate behemoths, will hopefully resist the impending monopolization of news as we knew it.

Smaller communities and their economies are driven by LOCAL news and advertising, not watered down information extrapolated from what's going on in larger and/or more urban areas, and big box and chain store ads.

Monopolization of what we read removes our right to fact-based, objective journalism. The skewed media presented by these publishers is driven by political and/or advertisers' agendas and greed.

The Competition Bureau needs to look at previous reports and the deleterious impacts of disappearing media choices, and ACT upon preventing further degradation of journalism available to Canadians, regardless of their postal code.

Unfortunately to those employees who lost their jobs, and the readers who lost their local newspaper, it's an opportunity to commit to independent journalism by subscribing to the National Observer.

Bigger Is NOT Better. That's a fact!