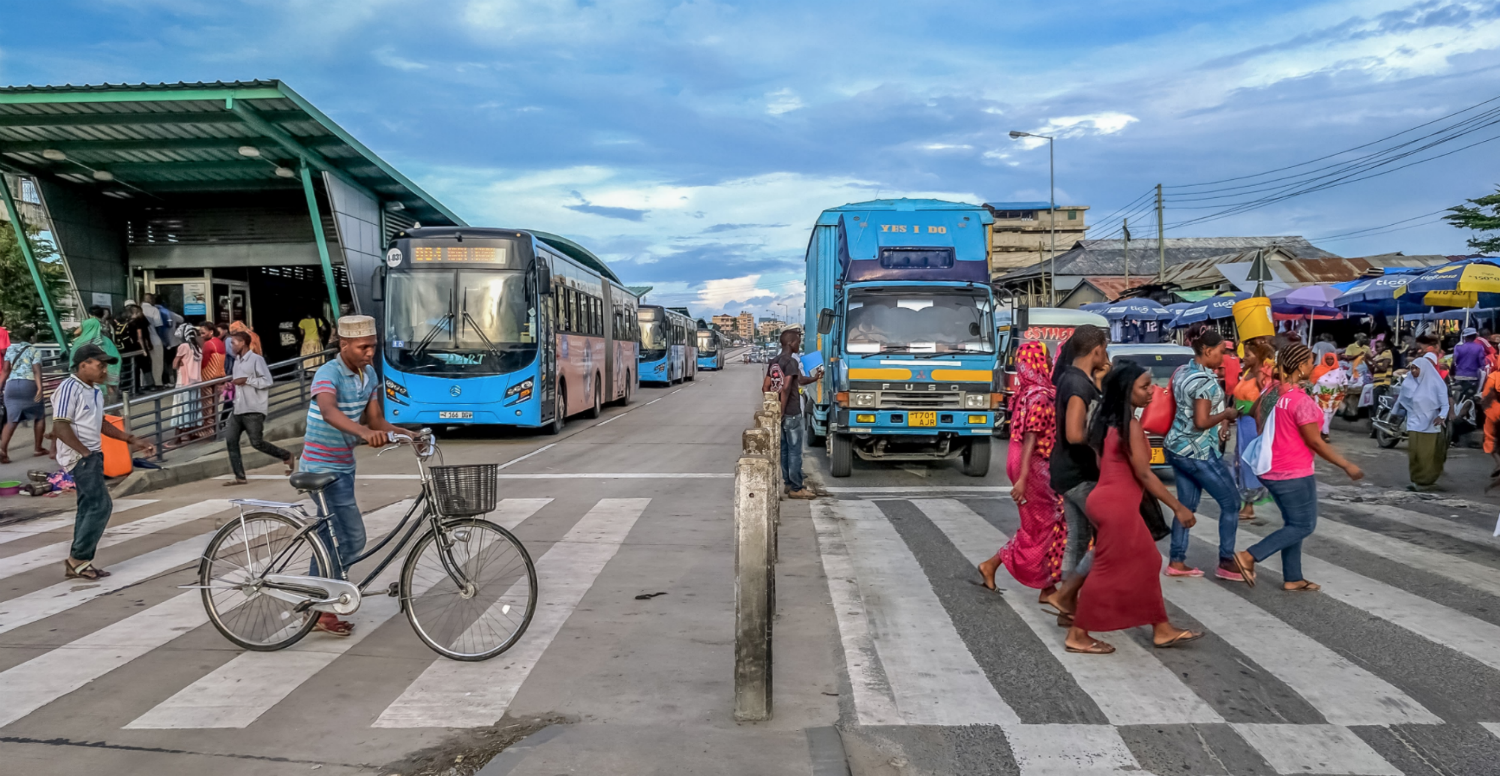 Commuters take advantage of Dar es Salaam's new Bus Rapid Transit system, which has cut down transit times by more than half. Photo courtesy of the Institute for Transportation and Development Policy
Previous story
Next story

The bustling city of five million was awarded the prestigious prize for its Bus Rapid Transit system, which serves more than 150,000 people per day with a fleet of 140 buses. Using this system, the city's rapid transit agency has cut commute times by more than half for residents. Previously, the city's residents were used to facing upwards of four hours locked in traffic jams every day.

According to the international Institute for Transportation and Development Policy (ITDP), whose committee selects recipients of the Sustainable Transport Award annually, the new system also reduces air pollution and climate-warming greenhouse gas emissions. Its efficiency encourages more commuters to use public transit in place of individual vehicles and motorbikes, and the city is working on incorporating fuel-efficient buses into the fleet.

“This project is transformative for Dar, and it offers a source of inspiration for other African cities, where new transport systems are being planned," said Michael Kodransky, chair of the institute's award committee, in a press statement.

"We’re thrilled to promote over the next year the great work that Dar has done, and convene experts from all over the world to see first-hand what they’ve accomplished.”

The institute characterizes Dar es Salaam's bus system as the first "true BRT system" in East Africa. The city has plans to expand this system by mid-2018 to serve 400,000 passengers per day with 300 buses.

Dar es Salaam is a growing city and economic hub in East Africa, and a member of the C40 Cities — a global network of megacities committed to act locally and collaboratively to address climate change. Its mayor, Isaya Mwita, has pledged to make the city cleaner by developing more robust waste disposal systems, recycling options, and resilience measures to seasonal flooding.

The Sustainable Transport Award recognizes leadership and vision in sustainable transport and urban livability that improve access and mobility for all residents. Russia's Moscow received an honourable mention this year, and past recipients include Santiago in Chile, Yichang in China and Paris, France.

As a result of snagging the top spot this year, Dar es Salaam will host a sustainable transport summit organized by the institute in 2018.

Great article, except I am

Great article, except I am hungry for some description of the actual functioning of the transit system that makes is so efficient--150,000 users and 140 buses doesn't paint a very detailed picture.