Arsenault, Barton, Chang and Hanomansing new hosts of 'The National'

By The Canadian Press | News, Culture | August 1st 2017
#27 of 109 articles from the Special Report: State of Journalism 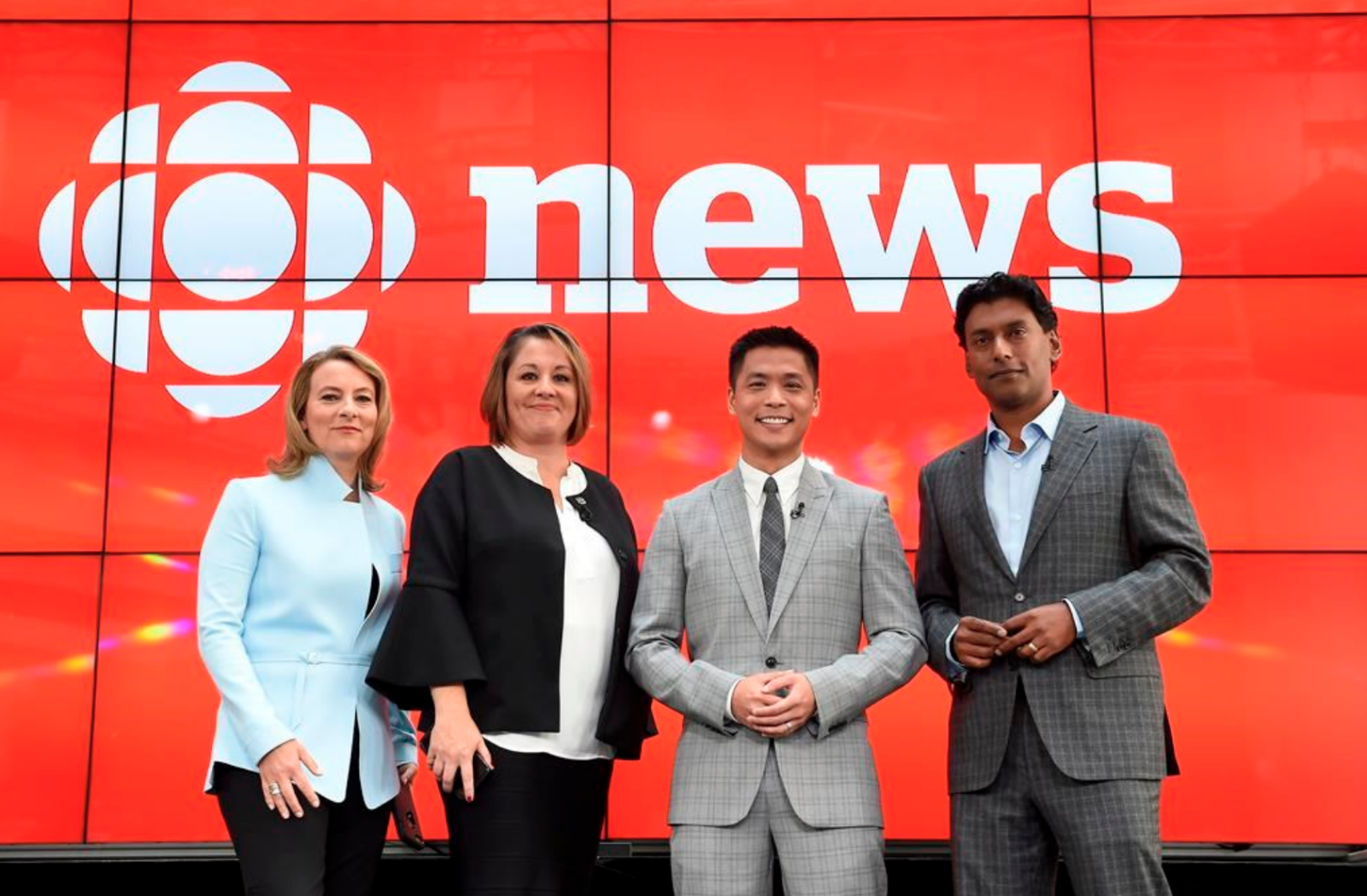 CBC unveiled four new hosts for its flagship program, The National, on Tues. Aug. 1, 2017. They are (from left to right) Adrienne Arsenault, Rosemary Barton, Andrew Chang and Ian Hanomansing. Photo by The Canadian Press
Previous story

Adrienne Arsenault, Rosemary Barton, Andrew Chang and Ian Hanomansing are the new hosts of "The National."

Among the changes, the CBC now plans to air the newscast live across all six time zones from studios in Vancouver, Ottawa and Toronto. By going live in each time zone, the hosts will be able to track developing stories in real time.

The announcement comes following longtime anchor Peter Mansbridge’s retirement earlier this month. The CBC says the revamped show will build a more collaborative effort between the hosts, who will also continue to report their own stories.

"I’m not giving up my love of reporting," Arsenault said. "I’m still going to be in the field, still reporting. We’re all still going to be doing what we normally do. It’s just a chance to push the storytelling skills and it has the bonus of coming with the added responsibility. I think we’re all very clear−eyed about the responsibility we have to Canadians."

While Arsenault has travelled the world as the CBC’s foreign correspondent, she will be based in Toronto for the show and have the ability to pivot to international locations. Barton, who’s known for her hard−hitting interviews on "Power & Politics," will broadcast from Ottawa.

Chang will anchor from the Vancouver studio while Hanomansing will move from Vancouver to Toronto. CBC editor−in−chief Jennifer McGuire says they looked both inside and outside of the CBC for the right mix of anchors.

"As a group they needed to reflect our country," she said. "They needed a love and a passion for reporting on our unique democracy and politics. They need a deep and meaningful experience in reporting tragedy and triumph from four corners of the planet. And of course a flair and natural ability to connect with audiences."

The ability to rejig the program as news develops on the West Coast is "a big deal," according to Chang.

Hanomansing, a frequent fill−in for Mansbridge on "The National," said marrying the tradition of the iconic show with new technology will be key.

"If we can combine those two things — and I think a lot of us have lived in those two worlds — then we will have achieved our goals here," he said.

The broadcaster also plans to retool the format of its nightly news broadcast when the show relaunches Nov. 6. McGuire said the revamped "National" will be a place of innovation.

"The show will be nimble and flexible and can and will, depending on the news, originate from anywhere in the country," she said. "Still trusted and true, it’s a ’National’ that is truly national."

I am looking forward to this

I am looking forward to this change at CBC. Right now I am getting 'my news' from on-line sources and from PBS. The private broadcasters are hopelessly encumbered by an old model that keeps them in a cave where news is just a commodity. I wonder when the government will be changing the CBC board of governors. The chair has one year left, and that is too long.