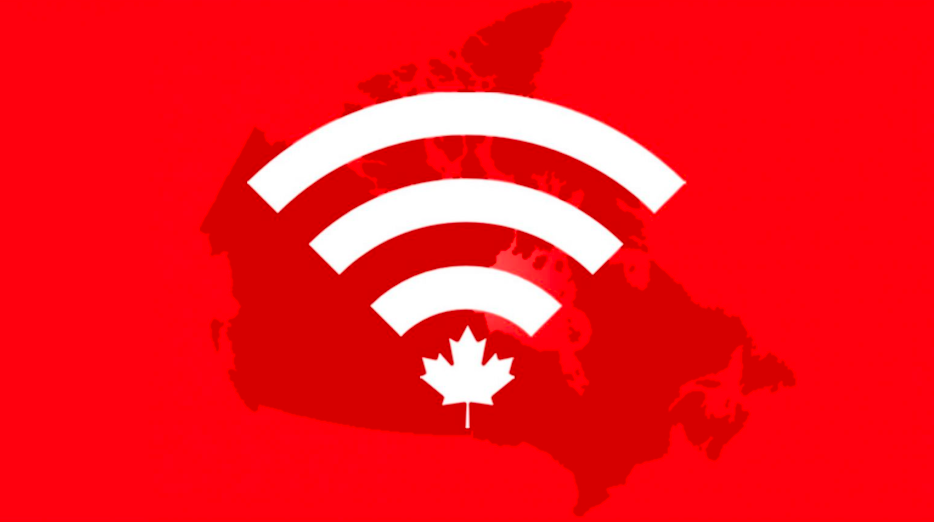 Your favourite web pages could be slowed or disappear entirely because of "Net Neutrality" changes in the U.S., writes Steve Anderson. Screenshot of wifi symbol
Previous story

If you’ve been watching the news in recent weeks you’ve probably heard about the Net Neutrality debacle in the U.S.

Net Neutrality is the foundational rule of the Internet that means all web services are treated equally. Net Neutrality rules prevent giant telecom conglomerates (and by extension politicians like Trump) from putting web content they don't like into an unusable slow lane or blocking content entirely.

Without enforceable Net Neutrality principles telecom companies could put a tollbooth on the Internet charging both websites and Internet users special fees to avoid slowdowns.

Many countries, including Canada, India, the EU and up to now the U.S., have formalized Net Neutrality rules to ensure the Internet is open to free expression, democratic participation and online commerce. Ajit Pai, Trump’s Chair of the Federal Communications Commission (FCC) and previous lawyer for Verizon, has announced his plan to gut Net Neutrality rules with a vote on December 14th.

Unfortunately if Net Neutrality dies in the U.S. it will affect Internet users around the world, including those in Canada.

Here are four ways Canadians could be impacted:

1.Your favorite U.S. web services could be slowed or disappear entirely

To be clear, if Trump and Pai succeed in their Internet tollbooth plan, some of your favorite online services could be slowed to a crawl or blocked. As the saying goes, even if you don’t live in the U.S., many of your favorites web services do.

So if Reddit, Wikipedia, Etsy or any other online service can't afford to pay a new special fee to stay out of the Internet slow lane, they could fade away for everyone since the US is such an important market.

Web services from Canada and elsewhere will likely face the same "prioritization" fees or worse if they want to reach US users. So Canadian-based Hootsuite, Shopify, New/Mode and Europe-based Prezi, and SoundCloud, could be forced to pay fees or be slowed down for U.S. users. There’s no guarantee that U.S. Telecoms will give them a fair deal, especially in the Trump-era.

Then there’s also the fact that as Internet law expert Professor Michael Geist has noted, “A lot of Canadian internet traffic goes through the US, and we’re not totally sure whether that will be affected”.

3. Online services could get more expensive

Even if the telecoms don’t hit us with new fees directly, the new costs born on services like Netflix are sure to be passed along to Internet users one way or another. As Executive Director of OpenMedia Laura Tribe put it to the CBC: "Extra costs just to get their content streaming in the U.S. is going to probably be passed along to both American and Canadian consumers in the form of higher subscription fees."

If that sounds like a transfer of wealth from Internet users to giant telecom conglomerates, that’s because that’s exactly what this is.

4. The contagion could spread to the Canadian Internet environment

An Internet tollbooth in the U.S. could also have a domino effect in countries around the world. Since the U.S. is so dominant in the global economy there's likely to be a renewed push by big telecoms everywhere to establish their own version of top down control of the Internet in other countries.

Canada’s arrogant big telecoms will for sure push for more powers to regulate our use of the Internet here in Canada. Big Telecom, as the group of 4 Canadian conglomerates is often called, has consistently tried to undermine Net Neutrality since we won it back in 2009. OpenMedia and others successfully pushed forward when they came back at us, but that will be much more challenging if the U.S. guts Net Neutrality.

In short, if this Internet tollbooth is implemented unchallenged, we're looking at a much more centralized, costly and restricted internet.

Let’s not sit on the sidelines

For those who have been following the Net Neutrality debate I know this may feel like one of many (I think it's over 6 for me) big campaigns we've had to join over the last 10 years on this issue. But this one feels different.

Beyond the concerns above, a command and control version of the Internet is not a tool we can allow to fall into Trump's hands. We just can't let that happen and we CAN do something to prevent this dark reality.

Here's a few ways to get involved:

And then we need to to go deeper

Sadly, I’ve seen this movie before and this latest Net Neutrality debacle feels like a horrible sequel. This debate goes all the way back to the telegraph but the first major push for Internet tollbooth powers came in 2006 in the U.S. I volunteered and later worked for U.S. digital rights organization FreePress that helped successfully save Net Neutrality. (I’m proud of chipping in on this video). There have been many little skirmishes since then and a big battle in 2014.

In Canada we won some of the strongest Net Neutrality rules in the world in 2009. Notably Telus was caught blocking a union website before that, but there have been regular attacks on the principles in recently years and sustained work to keep Net Neutrality alive and well. Canada’s giant telecoms, in a clear display of their arrogance and entitlement, once even took the issue to the Federal Court of Appeals.

Why am I telling you this?

Because Net Neutrality is part of a much larger structural problem that we have to deal with in Canada and around the world.

Like their American counterparts, Canada’s telecom giants have so much control over the market they can embrace what I call the Big Telecom price-gouging cycle (see the image above). Basically, Telecoms use their fists full of cash and their army of lobbyists to shape laws that enable them to price-gouge people across Canada, then they reinvest a portion of that parasitic revenue into more lobbying and control.

In addition to being massively inefficient, this broken telecom market has enabled telecom giants to extract money from Canadian families, community groups and small businesses to the benefit of a narrow group of telecom execs and other benefactors.

Our centralized telecommunication market structure (much of it benefiting from public subsidies and rights of way) is why we pay some of the highest prices in the industrialized world for Internet and phone services. Syphoning off capital at this level acts as a dead weight on our economy. It’s also plainly unjust and immoral. This is institutionalized corruption and it’s wrong.

Pushed by OpenMedia and people across Canada, the Liberal government has made some tweaks that point in the right direction, but this price-gouging structure remains fully intact. To prevent the next attack on free expression online we need to get at this structural problem, this centralization of control, directly.

It’s time to clearly and directly call for Canada’s big telecoms to be split apart so that our telecom networks can be open to a range of independent providers and community-based solutions, operating in a decentralized market. The U.K. and others have adopted this “structural separation” approach to telecom markets, where the old telecom operates parts of the network the network but a range of providers service users.

Let’s be clear - the centralization of wealth and power is increasing in many facets of our society, not just telecommunications. We can’t tweak our way out of this or hope a few enlightened bureaucrats and politicians will stand up to entrenched interests.

Let’s acknowledge the centralization of power that is under way and the deepening democratic deficit that is inherent to that kind of structure. Secondly let’s align towards a common goal of a decentralized economy based on collaboration (not competition), equal opportunity, open participation and shared prosperity.

The increasingly centralized structure of our society has institutional corruption baked in at the foundation. Let's not put up with that. We can start by taking on telecom giants at home and abroad.

Steve Anderson is the Founder and Senior Advisor at OpenMedia. Steve is also the Co-founder and Chief Strategist of the digital campaigning platform New/Mode.

"It’s time to clearly and

"It’s time to clearly and directly call for Canada’s big telecoms to be split apart"
I'd say it's time to clearly and directly call for Canada's big telecoms (and cable TV providers) to be nationalized--or at any rate de-privatized. Telecommunication lines are a natural monopoly like electricity for exactly the same reason. Generally in real life the talk of a few telecom giants actually understates the problem--for any given home, only one of those telecom giants serves them. They don't have the option of picking a different one. Due to the historical accident that phone service and television used to be two separate things before they all just became data, one telecom may compete with one Cable TV service for your internet business. That's all, that's it, just two competitors, and I suspect we're headed towards deals or amalgamations there so that the ordinary citizen will end up with just one, a pure monopoly. Whether there are four choices or a dozen country-wide makes little difference to the schmoe forced to pay up or get nothing, because those other choices own wires somewhere else.

Natural monopolies should be run by the public in the public interest. I don't care if they're run by the nation or the municipality; lobbying for increases in windfall monopoly profits ends when there are no profits to increase.

Does Trump even think for one

Does Trump even think for one second?

This absurd idea is also going to get his favorite alt-right websites blocked in favour of those that would support Hillary's politics. Telecom has more they can gouge through Hillary's politics than they can with Bernie or Trump.

People don't know what they

People don't know what they aren't learning. This sounds like a squabble between experts to the general public, and once the rich set things up in their favour, there is little historical evidence that they will be dislodged. We will become their sheep yet again.

I do have some hope that connected groups can fight back, unlike in the good ol' days. That might be a critical difference.