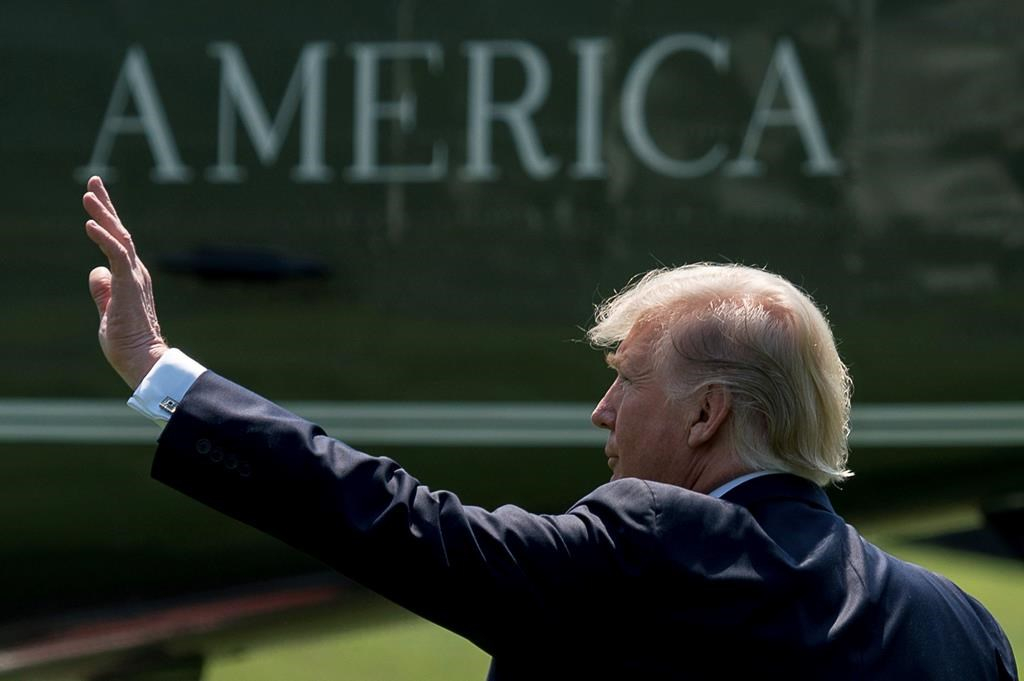 In this Tuesday, Aug. 22, 2017, photo, President Donald Trump waves as he walks across the South Lawn of the White House in Washington to board Marine One for a short trip to Andrews Air Force Base, Md. File photo by The Associated Press/Andrew Harnik
Previous story
Next story

U.S. President Donald Trump is again suggesting that NAFTA be terminated, this time saying that both Canada and Mexico are being "very difficult".

While he's threatened to end the trade agreement before, this is the first time Trump has complained about Canada's role in the talks.

When Trump previously threatened to blow up NAFTA, a representative for Foreign Affairs Minister Chrystia Freeland said "heated rhetoric" is common in trade negotiations, but that Canada's priorities remain the same.

Adam Austen said last week that Canada will "continue to work hard to modernize NAFTA," in spite of the threats.

One Canadian politician from southern Ontario was not quite as diplomatic.

Hamilton Mayor Fred Eisenberger said on Twitter that Trump's position in the Oval Office was what needed to be terminated.

"The only thing that needs to be terminated is your presidency," Eisenberger wrote, in response to Trump's latest outburst. "Save yourself and your country. Resign and you will be popular everywhere."

The only thing that needs to be terminated is your presidency. Save yourself and your country. Resign and you will be popular everywhere. https://t.co/XnaB3chEEw

Experts of trade law say cancelling NAFTA would be complicated: it would prompt a legal showdown between the White House and Congress.

The latter once passed a law implementing NAFTA and could argue it is still on the books, meaning the agreement remains in effect.

Editor's note: This article was updated at 10:35 a.m. on Aug. 28, with comments from the mayor of Hamilton, Ontario.

Canada and Mexico are being

Canada and Mexico are being "very difficult" but he isn't? Sure, right!