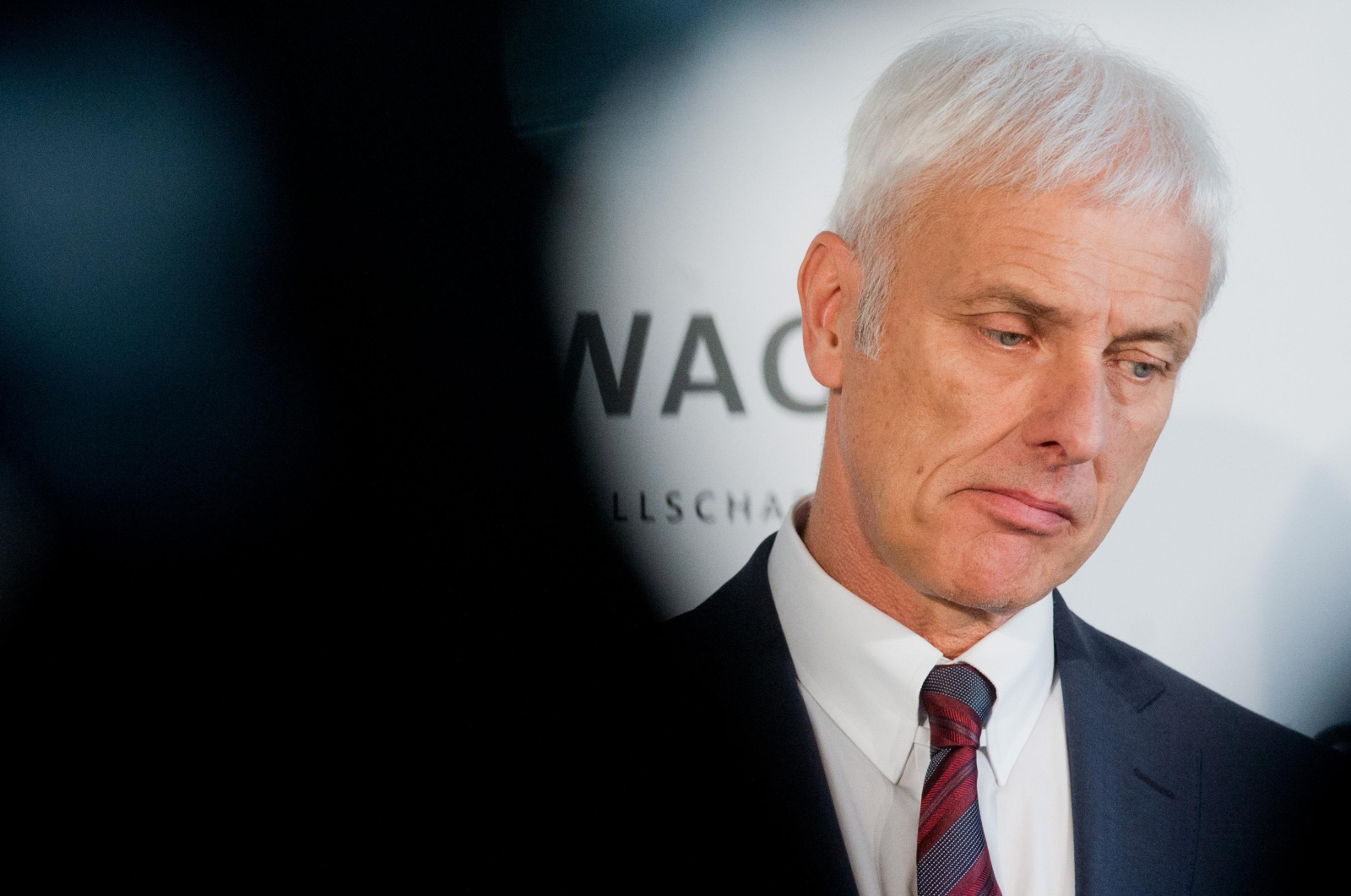 CEO Mathhias Mueller of Volkswagen AG, the company embroiled in the emissions cheating scandal rocked the auto industry in 2015. Photo by The Associated Press.
Previous story
Next story

Its been a year since U.S. officials publicly began taking VW to task and Canadian consumers have been getting increasingly furious with the relative lack of action north of the border. Canada's Competition Bureau, an independent investigatory arm of the Canadian government that oversees business practices has now confirmed an investigation is underway, responding to a flood of complaints from owners whose cars have plummeted in value. Environment and Climate Change Canada has also been investigating the scandal since last September.

Phil Norris, a spokesman with the Competition Bureau, said it has been keeping an eye on a proposed U.S. settlement with Volkswagen and that “the Bureau will assess the impact of the settlement in the U.S. on its own investigation.”

Norris also said over email that he is “unable to speculate on how long our investigation will take and cannot speak to when it commenced due to confidentiality.”

Under Canada's Competition Act, anyone who knowingly or recklessly makes false or misleading claims to the public about their business can, if convicted, face up to 14 years in prison along with multimillion dollar fines.

Norris' comments come as a growing chorus of thousands of Canadian Volkswagen TDI owners increasingly accuse the Canadian government of being unwilling to defend Canadian consumers and punish the German automaker for selling cars that were designed to cheat on emissions tests. U.S. investigators found that some of the cars were spewing out up to 40-times more toxic emissions than advertised.

Some motorists divide their anger between the Canadian government and Volkswagen. Many say they'll abandon the company entirely after Canadian settlements are reached.

Volkswagen Canada did not immediately respond to a request from National Observer for comment.

U.S. EPA "is going after VW's throat, Canada lacks the will to do anything about it"

Volkswagen is facing the prospect of a $15-billion settlement in U.S. federal court, and many Canadian Volkswagen owners expected they'd see a similar deal announced in Canada on July 29, when Volkswagen said they’d update stakeholders on the settlement process. But answers never came, and motorists aren’t happy.

Members of a Facebook group for Canadian TDI owners have recently rallied around the prospects of getting results from a Competition Bureau investigation. One user, Peggy Hill, posted the Competition Bureau's initial response to her complaint, outlining its mandate and confirming that complaints were logged and would be investigated in private.

Most commenters on the post said they received the same response from the Competition Bureau.

Dennis Hobday, a retired boilermaker from Sarnia, Ontario owns one of the 100,000 Volkswagen "clean diesel" vehicles sold in Canada between 2009 and 2015 that the company equipped with software to trick government regulators into measuring emissions at drastically lower values than the cars were actually polluting.

He is one of the group members who contacted the Competition Bureau, telling them that he “bought into something that wasn’t,” criticizing the fact that Volkswagen “profited handsomely on their deceit.”

When contacted by National Observer, Hobday said in an interview that he would like to see an American-style settlement in Canada, and commended U.S. agencies for their “bite.” He said that “when the EPA is going after VW’s throat, Canada lacks the will to do anything about it.”

The prospect of punishment

Norris, from the Competition Bureau, said in a follow-up email that the maximum penalty under the Competition Act for a corporation would be $10 million for a first time occurrence, and $15 million for subsequent violations. "The penalty would not exceed $10,000,000 or $15,000,000," he wrote.

Environment and Climate Change Canada has said that it would be inappropriate to comment on the settlement with its investigation underway. But it described what penalties it could recommend if its investigators find violations of the Canadian Environmental Protection Act.

ECCC said in a statement sent to National Observer on Friday that, under this environmental law, the maximum fine large corporations could face is $6-million for each offence.

Companies found in violation of the Canadian Environmental Protection Act may also have to forfeit any profits earned through the transaction in question.

“Moreover, corporate officials can be prosecuted if they direct, authorize, assent to, acquiesce in or participate in any violation of the Act or its regulations. A range of sentences may be available upon conviction, including fines and possible imprisonment,” Environment Canada told National Observer, in the statement. “A prosecution may result in alternative resolutions rather than, or in addition to, financial penalties.”

Once ECCC concludes its investigation, the Public Prosecution Service of Canada ultimately decides whether or not to pursue the offender in court.

ECCC stressed that its investigation is not connected with the multiple class action lawsuits filed across the country. That differs from the U.S. government’s probe, which is pursuing both a civil claim and criminal investigation.

“The announcement on June 28, 2016 by Volkswagen Group of America speaks to resolution of the civil claims brought by the United States’ Department of Justice, the State of California, the US Federal Trade Commission and private plaintiffs. There is no such mechanism available to ECCC under Canadian law,” ECCC’s statement said.

A court date for Ontario’s class-action suit is scheduled for October 18, and TDI owners are planning a protest outside the courts.

The U.S. settlement includes a plan to reduce air pollution by forcing Volkswagen to spend up to $2 billion on new charging stations for electric vehicles and promote a green shift in the country's transportation sector.

But in Canada, where the government recently announced a taxpayer-funded plan to spend millions on electric car infrastructure, regulators haven't publicly proposed any ideas to punish the German auto manufacturer over the deadly emissions spewing from its cars.

Hobday said that Canadian TDI owners are “being held hostage” because they’re forced to keep their cars until a settlement is reached.

Will he ever buy another Volkswagen?

In addition to the U.S. buyback, the companies will spend another $4.7 billion to mitigate pollution from those cars and invest in green vehicle technology, including the $2-billion earmarked for zero emissions vehicle programs.

It's ridiculous that VW hasn

It's ridiculous that VW hasn't been punished in Canada yet. I think regulators come across as being as corrupt as VW.