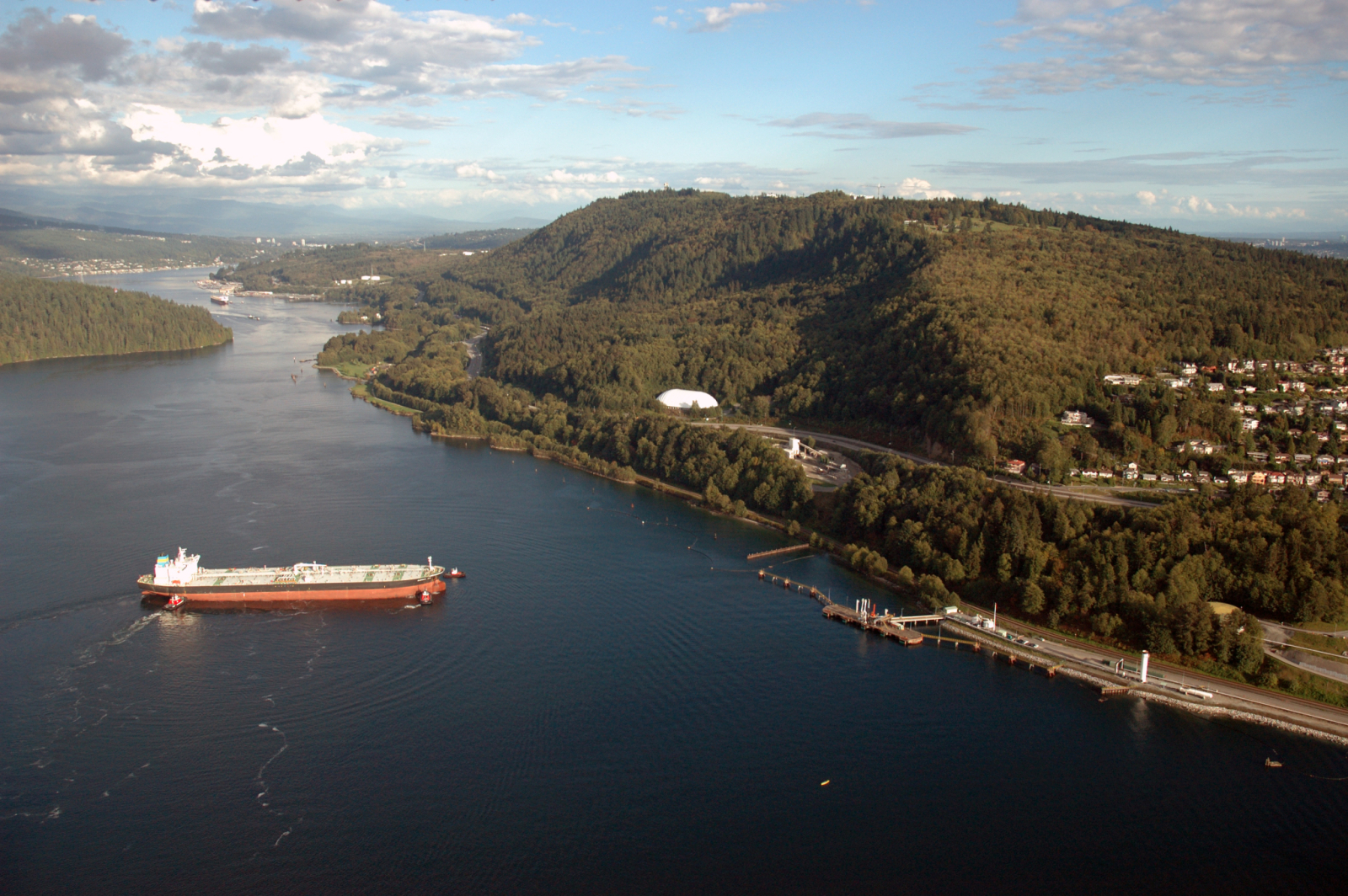 The B.C. Christy Clark government is one of the least involved governments in the federal review of Kinder Morgan's proposed Edmonton-to-Burnaby pipeline, the National Observer has learned —even though the pipeline would cross hundreds of kilometres of B.C. Crown land, slice five provincial parks, cross dozens of waterways, and result in six times more oil tankers off Canada’s west coast.

The City of Vancouver, fresh off the frustration of a grain-ship oil spill in English Bay, has had 171 letters of correspondence with the National Energy Board (NEB) about the Trans Mountain expansion pipeline. The City of Burnaby —with its mayor pledging to be arrested to stop the pipeline —has exchanged 132. Major concerns include oil spill and fire response, greenhouse gases, and the economic impacts of climate change.

But the Province of British Columbia has corresponded just 23 times with the NEB —one of the lowest of any government intervenor involved.

"The Christy Clark government seems to implicitly support the project with her [government's] silence," said NDP MLA and environment critic Spencer Chandra Herbert , who also said B.C. should have its own review separate from that of the federal government.

B.C.'s limited participation in the review of the $5.4-billion project is compounded by further news that the provincial government chose not to respond to an NEB deadline last week for submitting evidence about its concerns about the pipeline.

The province initially said it still had until Sept.1 to submit its information. That's not quite true. The National Energy Board said according to its rules, the province of B.C. can no longer submit new evidence past its May 27 deadline. The Sept.1 deadline is for final reports, which is meant to reinforce existing arguments, not present new information, said the regulator's Calgary spokesperson.

“The province’s lack of activity at this hearing is disturbing,” said former ICBC CEO Robyn Allan, whose been active in the NEB process as a private citizen. "One of the major reasons I applied as an intervenor is the serious concern I had that our provincial government was not protecting the public interest.”

“If an intervenor does not ask questions, then the intervenor is saying they accept the evidence as provided by the proponent as non-contested,” she added Wednesday.

Even the tiny pipeline community of Kwantlen First Nation near Vancouver — population 204 — had written more times to the NEB about pipeline project concerns than the province, with 38 document exchanges, the NEB’s website shows.

The other provincial government intervenor —Alberta — fared worse, with just three letters of involvement with the NEB.

B.C.’s Minister of the Environment Mary Polak did not respond to requests for comment today. But a ministry spokesperson said: "The province did not submit evidence to the NEB because our role is to evaluate the information presented,” wrote the province (emphasis in original).

"The Government of B.C. has always been clear – we have five conditions that any heavy oil pipeline project must meet and, if they don’t, we won’t support the project,” the staffer added.

Those conditions include: world-leading marine oil spill response; world-leading practices for land oil-spill prevention, response and recovery systems; legal requirements regarding aboriginal and treaty rights, and First Nations opportunities; and that B.C. receives a fair share of the fiscal and economic benefits.

Tsleil-Waututh Nation Sundance Chief Rueben George says the NEB process is already flawed, and "B.C not participating in it, is not going to help."

"There are green energy alternatives. [But] they've given subsidies to fossil fuels companies, and we have to direct those to green energy. We need leadership to step forward and do that, and if it's not [Christy Clark] then let's get her out," George added.

Robyn Allan withdrew her high-profile participation in the pipeline review in frustration recently. Until she did, the economist exchanged 73 letters with the regulator as a citizen —more than three-times what the province did. Her economic analysis has concluded the company will not pay its fair share of corporate taxes —one of the promoted benefits of the project.

Kinder Morgan has long said the expansion promises to boost Canadian GDP by $4.9 billion, with $2.8 billion for B.C., and $1.4 billion for Alberta over 20 years. It also confirmed that the province did not submit evidence for or against its project, in time for last week's deadline.

The pipeline would triple the current pipeline’s capacity to 890,000 barrels of oil per day to supply markets in the Pacific Rim, including B.C., Washington State, California and Asia.

Premier Christy Clark has long been a booster of developing the province’s resource sector. At a municipalities convention in Whistler last September, she told the crowd of local B.C. politicians:

"Getting to 'yes' doesn’t mean skipping the necessary steps. There’s anxiety in places like Squamish and Burnaby, where they’re debating development projects. And that’s understandable. To earn social license, you can’t hide from people’s real concerns. That’s what the five conditions are about."

Trans Mountain is a wholly-owned subsidiary of Kinder Morgan Energy Partners, led by American billionaire CEO Rich Kinder, who said recently in Houston he was "astounded" by the opposition to his pipeline proposal in B.C.

At the company's AGM, Kinder was approached by Rueben George who made the journey to Texas. "To look him in the eye, and to say the Tsleil-Waututh Nation will do whatever it takes to stop his pipeline. We’ll go to court. We said the pipeline’s not going to happen —our indigenous rights are protected by the Canadian constitution," George recollected Wednesday.

Number of letters exchanged with NEB by various intervenors:

Converset Edullisesti NetistÃ¤
Surprisingly, training healthy posture is an excellent method to lessen the occurrence of anxiety and panic attacks. When you subconsciously transfer to a protective position, your brain reacts with emotions of fear. Similarly, this kind of jobs usually generate pressure in your body and obstruct your skill to breathe in significantly and clearly. By reminding you to ultimately open up your healthy posture and relax whenever possible, you aid to fight a common induce of anxiety attacks.

Multi-level marketing looks like very simple on top. A lot of people jump in, considering they simply have to take in some men and women and then chill out and see the cash roll in. Those individuals do not final very long. Take the time and discover these tips and tricks for your personal business.

http://www.esermutfakekipmanlari.com/images/state.php?ru=49-Buy-Hygetrop... Hygetropin
Steer clear of the urge to trade out and in of stocks and shares too frequently. When there are several folks that time business, almost all of people really generate losses. It is difficult to outperform the current market and man psychology frequently prospects brokers to sell towards the bottom and get at the very top. This is basically the actual complete opposite of what a trader ought to do. Buy a stock at the very good cost then hold, except if something has basically changed concerning the stock's worth.
http://www.pptl-bd.com/images/back.php?PID=24-Kamagra-Apteekki,Biverknin... Apteekki
It is recommended to know very well what precisely you happen to be covered for. Just about the most full types of insurance coverage is referred to as extensive. Complete is significantly more expensive, but includes you in odd circumstances like fires, flooding and vandalism. Usually you simply will not need to have this, but in certain situations, it may be a lifesaver.
http://www.palmancontrols.com/images/diculir.asp?pid=140-Viagra-KÃ¶pa-Sverige-Generisk-Viagra-Sverige-Viagra-Sale-Sweden]Viagra KÃ¶pa Sverige
Make steady performances on your social networking website. Make sure that you compose routinely, this will cause people to wish to go to your site typically so they can keep current with your site content. Make certain everything you blog about is applicable and factual. No kinds wishes to read through arbitrary information and facts, it should have to do with your small business.
http://www.israeli-souvenirs.co.il/images/state.php?e=Kamagra-Gel-In-Far...

When I originally commented I

When I originally commented I appear to have clicked the -Notify me when new comments are added- checkbox and from now on every time a comment is added I receive 4 emails with the exact same comment. Perhaps there is a means you are able to remove me from that service? Thanks a lot!

Hello, its nice piece of

Hello, its nice piece of writing regarding media print, we all be aware of media is a great source of facts.

It's fantastic that you are

It's fantastic that you are getting thoughts from this piece of writing as well as from our argument made here.

It's remarkable to go to see

It's remarkable to go to see this web page and reading the views of all mates on the topic of this article, while I am also zealous of getting experience.