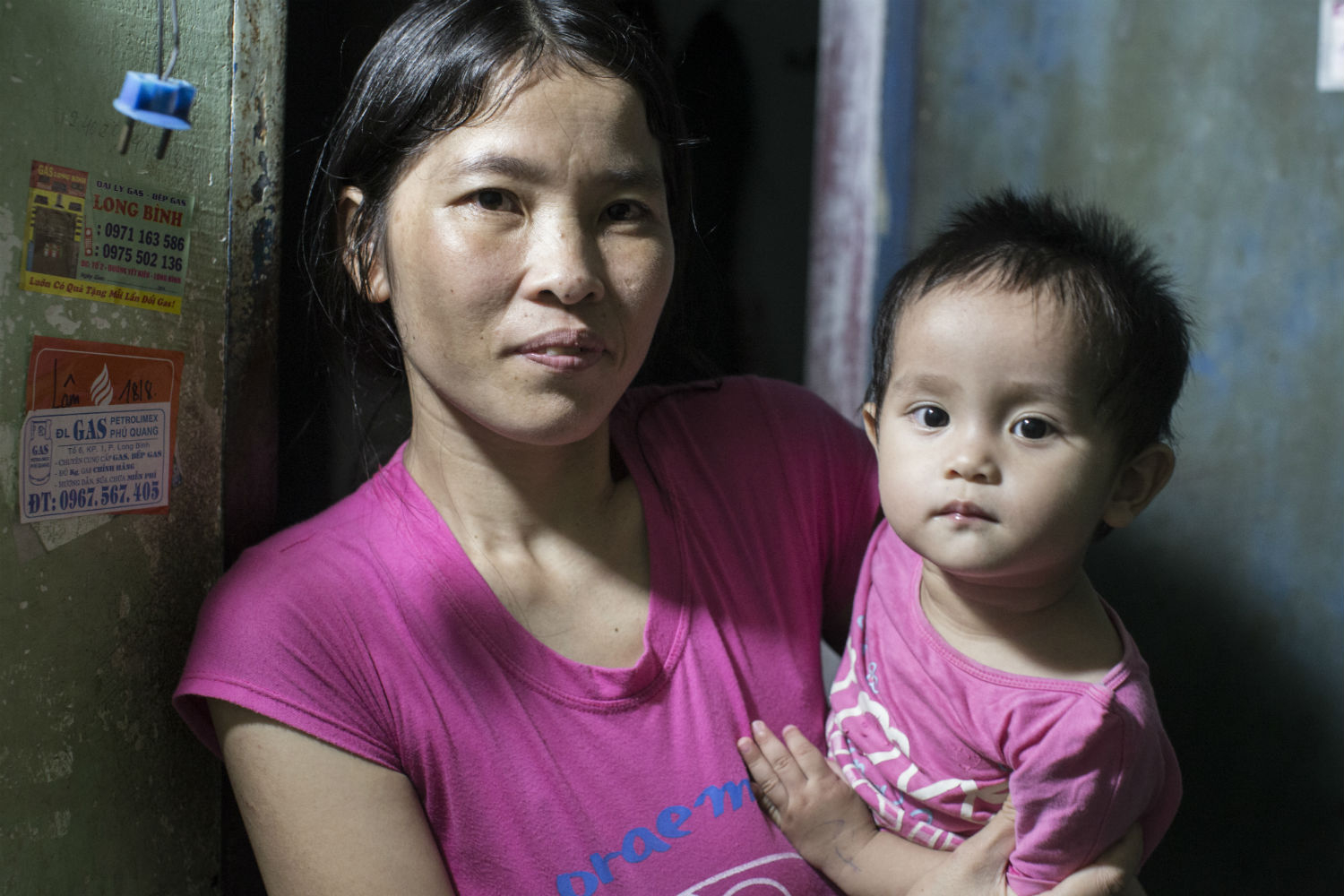 The richest people in the world could have ended global extreme poverty seven times with the amount their wealth increased last year, says a new report by Oxfam International.

The annual wealth report says 2017 saw the biggest increase in billionaires in world history, with a new billionaire making the list every second day. It says 42 people hold as much wealth as the 3.7 billion people who make up the poorer half of the world's population.

The calculations in Reward Work, Not Wealth, published Monday, are based on global wealth distribution data from the Credit Suisse research institute and Forbes' list of billionaires from March 2017. The figures are in American dollars.

"What we’re seeing is that the super rich are benefiting from this unequal economic system and arrangement, and the poor people who are doing a lot of the hard work to drive profits for business are really seeing no change," said Kate Higgins, director of policy and campaigns at Oxfam Canada, in an interview.

"I think the other thing the report really shows... is that the super rich are building a massive amount of wealth on the backs of poor workers, the majority of whom are women in precarious employment, who are working for poverty wages and who don't have basic labour protection."

Oxfam's report was released just days after tens of thousands of women around the world marched in solidarity to advocate for legislation and policies that protect human rights, reduce gender and income inequality, respect freedom of religion, and more.

The report recounts stories of women from different parts of the world who struggle to feed their families while working risky manual labour jobs. Lan from Vietnam, for example, who is pictured above with her daughter, works in a factory sewing shoes for roughly $1 per hour.

She works at least nine hours a day, six days a week (sewing roughly 1,200 pairs of shoes per day), and can't afford to buy her child even one pair with the amount she earns in a month. She also works two additional jobs on Sundays, her only day off from the factory. Lan's children live with her parents in their home province nearly 1,500 kilometres away.

"It’s hard because my children cannot live with me. I feel very sorry for my children," Lan told Oxfam. "They always ask to come here, but I don't allow it. I cannot afford to raise them here...They have to be left with relatives because I don’t have enough money to feed them and pick them up from school."

The report also comes as the world's business and political elites — including Prime Minister Justin Trudeau — gather for the World Economic Forum in Davos, Switzerland. There, Trudeau plans to promote investment and opportunities for Canada's middle class. Oxfam calls on him to champion women’s rights and poverty reduction instead.

"I think a really telling statistic came out of our Hotel Housekeepers report that Oxfam Canada published last year, in that we showed that hotel housekeepers in Toronto must work for more than a year-and-a-half to earn what the top global hotel CEOs earn in a single day," said Higgins.

"These statistics that show the massive wealth inequality globally and the gender dimension of that — this is not just something that’s happening in Bangladesh. It’s happening here in Canada too." 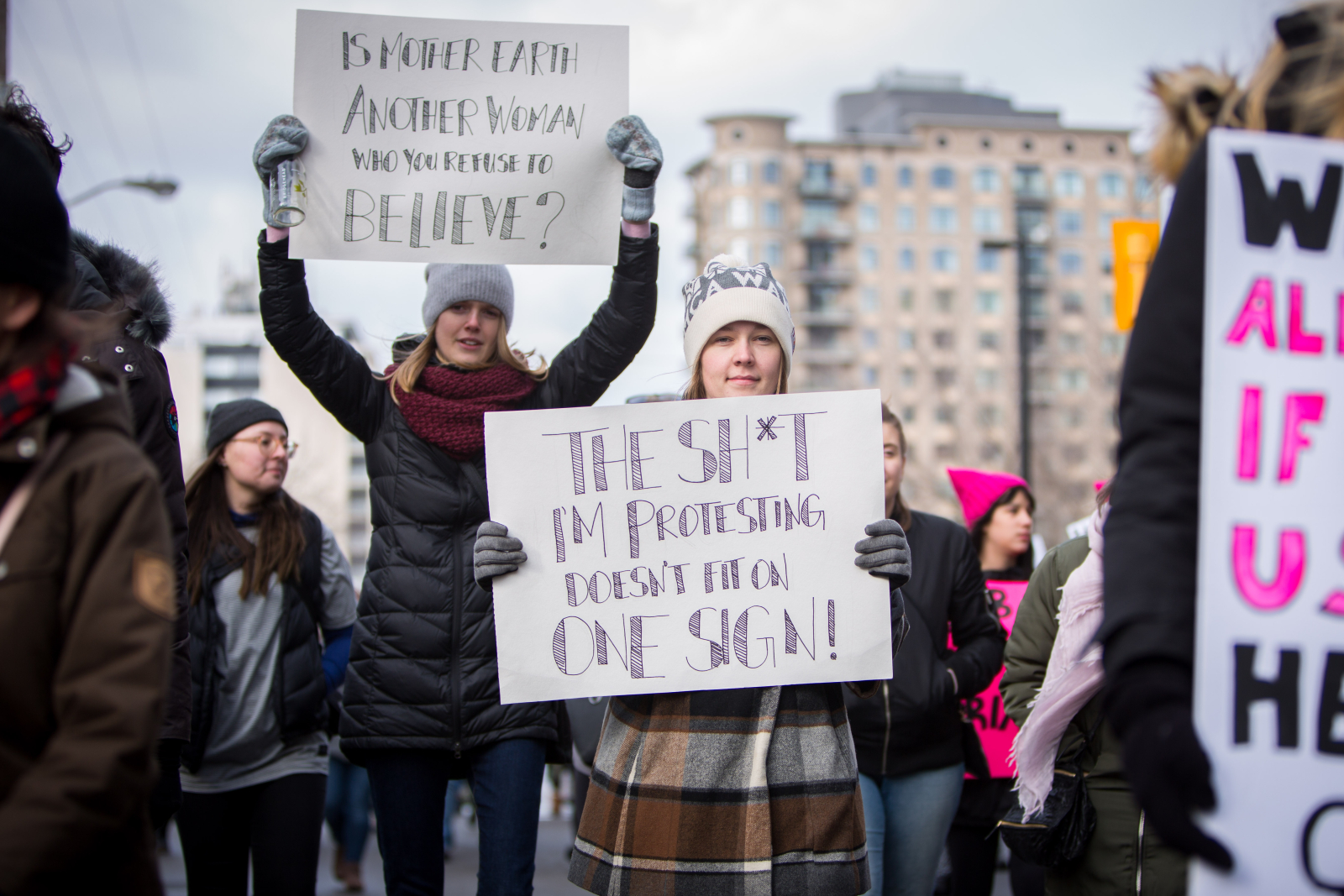 An historic year for billionaires

Oxfam says the number of billionaires increased by 233, the largest ever in a year, to 2,043 worldwide.

In Canada, billionaire wealth grew by a whopping $28 billion between March 2016 and March 2017 — enough to pay for universal child care and lift 4.9 million Canadians out of poverty, Oxfam estimates.

But none of the billionaires on the Canadian list are women, said Higgins, despite the fact that since 2000, the number of Canadian billionaires has more than doubled from 15 to 39.

Earlier this month, an annual report by the Canadian Centre for Policy Alternatives found that there are more men named Paul or Brian on Canada's current list of 100 highest-paid executives than there are women on the list. There are only three women on that list.

To help address income disparity, Oxfam is calling on governments to limit returns to shareholders and top executives, implement living wage standards, eliminate the gender pay gap, increase spending on public services including child care, health care and education, and ensure that the wealthy pay their "fair share" of taxes.

Hi
We know the gap is widening, question is how do we change it? More importantly, I guess, is why don't governments, and specifically, our own PM Trudeau, close all tax loopholes? They had a perfect opportunity to do so with their tax "changes", but it is the same old, same old. You can increase taxes on the wealthy all you want, but if you leave them with the loopholes, there is no net gain; everything stays the same.

What I would like you to investigate is:
Why does the government not change the laws to close tax loopholes for the wealthy and corporations?
It does not matter if they are Conservative or Liberal, taxation does not change; benefits for the wealthy do not change. Why?
Thanks

Why do you think?

Why do you think?
Neo-liberal policies have been explained again and again and again...and they are simple in outline. Deregulate, privatize, bust unions, outsource, take advantage of poor countries, produce slave workers elsewhere and uninformed twittersphere consumers in what used to be the first world...........and scoop up all the money saved by not paying decent wages......AND by convincing consumers that buying junk and jetting to vacate on spots, and eating out, are all signs of wealth.

We've created an economy that is unsustainable in its essence. And that unsustainability has enabled the few to amass great wealth....not illigally....because while we were sipping our Chardenney...they were changing the laws so that theft is perfectly legal......and they will continue to do these things...practise class warfare, while accusing us of same, if we dare to challenge them............for as long as they are able to do it.

Until the planet tanks if possible.

They don't worry about climate change for a few good reasons. 1. They are insulated in their bubbles of obscene wealth, 2. they don't read anything (Trump is the template), 3. they believe their money can create fortress enclaves where they can party on while the majority die.

Our governments don't do anything because most of us can't face this reality.........and are easily convinced to string up the 'socialists' and continue to lick the private parts of the billionaires and their well paid lobbyists.

They also own the mainstream media...so you won't hear much of this there. What they will tell us, is that its too hard to hold the rich accountable....'they'll only move their businesses off shore'. And besides, they will say, 'even if we taxed the rich and put limits on CEO salaries, it woudn't be enough.

They are liars. And we continue to believe them.

Let me know if I've left anything out.

Here's where Me Too...and

Here's where Me Too...and Times Up should be focusing their attention. Because it is women who bear the brunt of this injustice....and it is because of the gender of those who get to suck up 82% of the world's weath, that women have had to suffer unwanted sexual advances, and sexual assault, in silence for so long.

We're held hostage by those low wages, doled out by people who think taking out their junk, suddenly and apropos to nothing, in front of a woman, is something she should be turned on by, and glad to participate in. Rape??

It comes in all guises.....and the rape of the planet and the planet's people, for the personal gratification of the few, is likely central to all those individual goon shows.

Mary and Doug,
Thank you for two very graphic and precise descriptions of the ugly expressions of greed by the disgusting minority!
So, it's one thing to present what's wrong, and quite another to propose ideas to fix it. In every discussion like this, I can't help referencing Naomi Klein's work - her latest two books: "This Changes Everything", and "No Is Not Enough", and the LEAP MANIFESTO - because the ideas she so skillfully develops can solve EVERYTHING! You have recognized that the list of ills boils down to the same human failings - greed, and all it's forms. So the directives in the LEAP offer paradigm shifts in social services and behavioral attitudes that, when applied, will solve much more than all the billionaire "excess" wealth!
I'm sure that, as you both are interested enough in accessing the truth that you support such alternative media as National Observer, you will no doubt explore, if you haven't already, the ideas persented in the LEAP. For this reason, I will not take the time or space to list it's principles here.
Happy problem-solving!