By Kevin Grandia | Opinion, Energy, Politics | September 29th 2016
#516 of 2033 articles from the Special Report: Reports from the Race to a Safer World 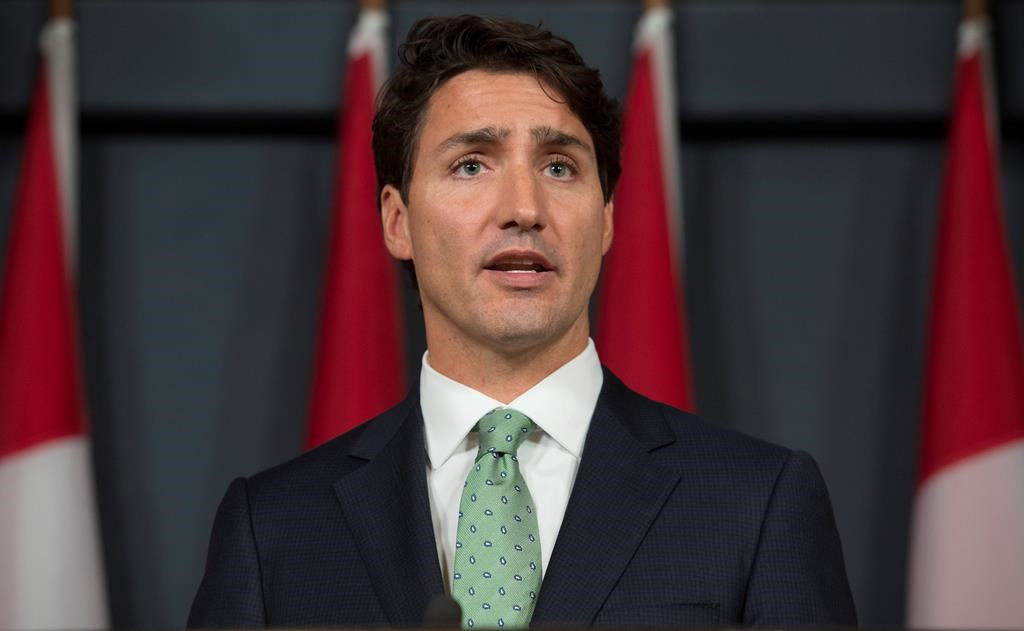 If Prime Minister Trudeau and his Liberal party want any chance at winning the next election, they need to take a deep breath and really think through the politics of any decisions they make around major oil infrastructure projects like the Energy East pipeline and Kinder Morgan’s expansion of the Trans Mountain pipeline.

If they're not careful, approving a new oil pipeline in Canada could harm them a lot more than they think it could help them.

There is of course the sound scientific and logical argument that approving either of these pipeline projects nullifies any actions the Trudeau government takes on the important issue of climate change. But unfortunately, politics, science and logic find themselves at odds these days for many government leaders, including Trudeau.

So if science and logic are not compelling enough, which is clearly the case given the Trudeau government's decision earlier this week to green light the Pacific Northwest liquid natural gas project, then let’s look at the politics.

The last election saw Trudeau and his Liberal party win a majority by holding the center of the political spectrum and then drawing in a reasonable number of both moderately left and right leaning Canadians. This is classic “big tent” politics and very nice place to be.

Problem is that it is hard to keep everyone happy in a big tent for any length of time. That’s why we are starting to see more and more pundits grumbling about the “end of the honeymoon period” between Trudeau and the Canadian public.

The big tent is starting to shrink, which is a big problem for Trudeau if he wants to see a second term.

Pipelines could be Trudeau and the Liberal party’s savior. But not in the way many people think.

Last month, new fundraising numbers provided a good indicator of the health of the major political parties in Canada. Surprisingly, despite the mess Stephen Harper left behind, the Conservative party continues to out-fundraise the Liberals. Many tens-of-thousands of Canadians clearly still support the Conservatives.

The NDP on the other hand, continue to struggle to find their mojo and their low fundraising numbers support that.

So on Trudeau’s right flank he has a strong Conservative party who with a new leader will pose a serious threat in the next election. On Trudeau’s left he sees the NDP in a much weaker position.

We know that many more right-leaning voters support increased oil projects, while those Canadians with more left-leaning views (like myself) see pipelines as a threat to the long term viability of our planet and the human race.

The big strategic political question for Trudeau then is this: which side of the big tent is more likely to stay with Trudeau based on his government’s decisions on major pipeline projects like Energy East in Quebec and the Trans Mountain project in British Columbia?

The Conservatives remain strong as the opposition party, will soon have a fresh new leader and have tons of money in their political war chest. It is going to very hard for Trudeau to hold the right flank of his big tent come the next election with a strong Conservative party investing heavily in pulling moderate right-leaning voters back over to the dark side.

Chances are, even if Trudeau approves a new oil pipeline, it will not be enough to convince a lot of moderate-right supporters to stick with his Liberal party.

Compared to the Conservatives, the fundraising data says that the NDP will likely be a much weaker third contender in the next election and will have a lot more trouble drawing the moderate left out from under the Trudeau tent. That is, unless Trudeau gives the moderate-left a really big reason to leave, and I can't think of a bigger reason than approving one of the new pipelines that were such a major point of contention during the Harper years.

The irony in all this is that the Canadian government under the Harper Conservatives failed to get any new major oil pipelines built, despite a borderline obsessive focus. By approving a pipeline, Trudeau will be finishing what Harper started but runs the real risk of not reaping any of the political reward of continued support from the moderate-right.

The argument that by approving a pipeline Trudeau will hold on to moderate-right voter support is shaky at best. But what is almost a certainty (which are far and few between in politics), is that by approving either the Energy East or Trans Mountain pipeline projects almost guarantees that many moderate-left voters will flock back to the NDP and the Green party.

The most messed up part of all is that the likeliest outcome in the next election if Trudeau approves a pipeline will be a divided center-left in Canada split between the Liberals, the NDP and the Greens and a fresh new solid block on the right for the Conservatives. Canada will be right back where it started ten years ago with a split left and a solid right, thus assuring the Conservatives get back into power with far less than fifty-percent of the popular vote.

In other words, a new pipeline could turn out to be nothing but political gold for the Conservatives in the long run. All thanks to Trudeau.

By Kairn Carrington | Opinion, Politics | September 28th 2016
Reports from the Race to a Safer World

In approving the LGN- project

In approving the LGN- project, I agree that this government has positioned itself in a difficult situation. However it should be no surprise to anyone when the liberals did impress in their electoral platform that they would use the fossil fuel energy commodity revenues to transition to green energies. Having said that I am disappointed about this decision as it puts canada on the wrong road for greener energy

Yes Trudeau has put himself

Yes Trudeau has put himself into a hot seat. It was not only his decision to approve the LNG project but how he went about it. This decision was a complete departure from statements made to garner support from left leaning voters. The fact of the Liberals inability to raise as much money as the Conservatives was a clear message that they were taking a wait and see stance before pulling out their credit card. Their financial support cannot be counted on now. Trudeau's credibility is now pretty much gone and that will take a long time to repair, if ever.
Everybody understands these are difficult times and compromises must be made but not this way. Any intention to meet the recently signed Paris was blatantly false. This hypocrisy is unforgivable.

What is happening is what

What is happening is what many of us expected. The Liberals campaigned from the left and are governing from the right. It almost never fails. The LNG decision could have been expected from the Harper government. It does show gross hypocrisy on the part of Justin Trudeau who one day before the public announcement was extolling the beauty of the great bear forest to members of the royal family. One would expect the beauty to be somewhat marred by the presence of a pipeline.
That being said, the author's narrative is possible but still fairly speculative. For one thing the notion of a fresh new Conservative leader does not appear likely. At the moment leadership contest is filled with a group of also-rans who have about as much drawing power is a cesspool. Granted they will get the base but nothing else.
There are a variety of alternatives that could also take place. First, the proponent might not actually go through with the project. There is a good chance of this since the price of natural gas is falling and the conditions that have to be met might prove too onerous. In that case, Trudeau has a chance of escaping scot-free with respect to this project.
Secondly, the voting system may change. If it changes to a system of proportional representation, it will be like a silver bullet through the heart of the Conservatives. Such a situation would likely mean the end of majority governments supported by less than 50% of the vote. As the Conservatives don't seem to know how to cooperate, they are not likely to be part of a minority /coalition government.
To change the voting system would require the support of three parties holding a majority of seats in the House of Commons and representing more than 50% of the popular vote. It may be a long shot as Justin Trudeau originally favored an alternative vote system which is not significantly different from FPTP. However, more recently he has suggested some openness to proportional representation.

Any party is damned if they

All remaining credibility this crew had vanished with the LNG approval. It is clear there are no real plans for climate, poverty, indigenous or anything not involving world-stage give-aways or gorging at the trough. Science, environment, endangered species, Indigenous, etc, are just talking points for speeches, not issues to tackle. The billions in tax $ donated to O & G every year should have been stopped - as promised. It should have turned into programs to retrofit passive generation and increase building efficiency. Those billions would have made a huge difference and trained/employed a lot of people in greener jobs. Our government has spent all year touring the world and making promises. They have betrayed and disgraced us all.