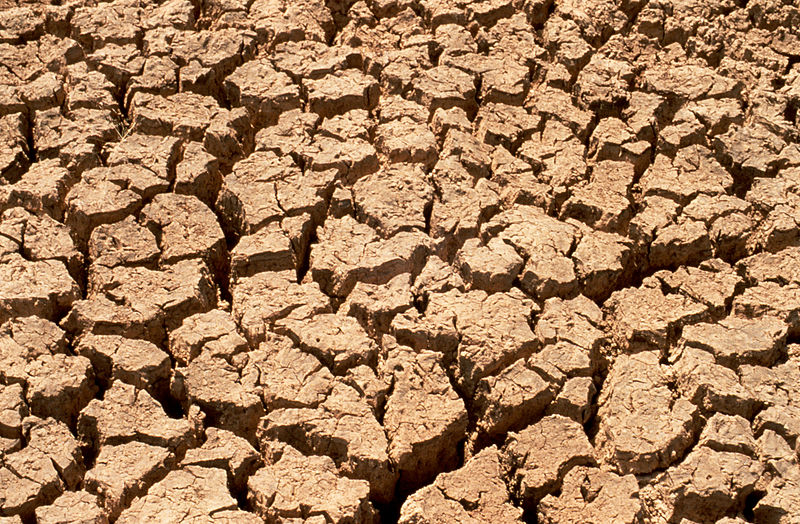 A woman waits in line to get her water ration. She hasn’t had a sip of water in nearly three days. Her mouth is parched; she stumbles as she waits her turn for over an hour in the hot sun. When she he finally gets to the iTap and inserts her card into the machine that controls the water flow, the light turns red and her card is rejected. Her water credits have run out.

This scenario from “The Way of Water” by Nina Munteanu is one of many contained in the recently published anthology of short stories, Cli-Fi: Canadian Tales of Climate Change. The seventeen stories in this book edited by Bruce Meyer examine how humankind might struggle with the potential devastation of climate change in the near or distant future. Soon after I finished reading the book, Cape Town—known in precolonial times as “the place where clouds gather”—announced that it was only a few months away from what it called “Day Zero,” the day the city would officially run out of water, making the similarities between fiction and reality more than unsettling. Munteanu’s story is set in a futuristic Canada that has been mined of all its water by thirsty corporations who have taken over control of the resource. Rain has not fallen on Canadian soil in years due to advances in geoengineering and weather manipulation preventing rain clouds from going anywhere north of the Canada-US border.

Canadian Tales of Climate Change is a great introduction to the emerging and growing genre of Cli-Fi, an abbreviated term for Climate Fiction first coined by Dan Bloom, who authors the afterword of this anthology. He calls on writers to use their creative passion to engage readers on the potential disasters of climate change and these seventeen Canadian writers have answered the call. Their stories span several genres, including speculative fiction, realism, science-fiction, and fantasy.

Like many things in today’s world, climate change has become a highly polarized and politicized issue. It’s easy for concerned individuals to feel discouraged, overwhelmed, and even powerless in the face of a problem that requires trust and cooperation by finicky and power-hungry world leaders. This is why it is so important for fiction writers to tackle this issue. The best kind of fiction engages readers in new ways around realities that are difficult, even unpleasant, for us to grapple with. Fiction also serves as a warning shot compelling us to change course if the future it imagines for us is one we decide we’d rather avoid. This collection does this very effectively, and asks us to examine up-close the future we could be barreling towards.

While setting varies throughout the book, there are some common themes that emerge, with the most predominant one being water and water scarcity. In “Children of the Sea” by Rati Mehrotra, rising sea levels threaten life on land and scientists attempt to re-engineer humans to return to their origins as marine creatures. In “Invasion” by Phil Dwyer, a soldier stationed on the Canada-US border looks out at the horizon for signs of the enemy. Water scarcity has become so severe that all non-essential crops, including tobacco, are now banned. Smoking the last cigarette from a pack he obtained for a fortune on the black market takes on a new meaning as he awaits whatever fate this war reserves for him.

Some stories are post-apocalyptic, such as “After” by John Oughton, which chronicles an attempt at rebuilding after societal collapse. Set “in a Boreal forest in what used to be Canada,” a group of thirty people try to rebuild some sort of society despite looming external threats. “Report on the Outbreaks” by Peter Timmerman is set in 2060 at what could be the start of the collapse. A report for the United Nations Framework Convention on Climate Change gives an account on outbreaks of violence. Marauding gangs have begun to desecrate the graves of politicians and corporate executives who at a pivotal time in history intentionally sabotaged global efforts to prevent disastrous climate change. The riots spreading across North America started in Canada on the outskirts of “what was until recently the city of Edmonton” at Stephen Harper’s gravesite.

In “Lying in Bed Together” by Richard Van Camp, the expansion of the tar sands has re-awakened the sleeping Wheetago, which bears resemblance to the cannibalistic creature in Cree mythology.

One might think that a collection of stories on climate change would be bleak and depressing, but I didn’t find this to be the case here. One thing that recurs in many of these stories, no matter how dire the situation, is the strength and resilience of individuals fighting to survive, to rebuild, or to set things right. The variety of stories and genres in this collection keeps it engaging and imaginative. I believe that fiction offers up two much-needed ingredients in the fight to prevent climate change: courage and imagination. It is my hope that more fiction writers will take up the task of writing in this promising new genre and use their imagination to inspire readers to collectively work towards a more sustainable future.

This story was originally published in Prism magazine. Republished with author permission.

Thanks for your comments

Thanks for your comments Emelie. I am an avid reader and have drafted a list of must-read books from your article. And best wishes in your future studies. It's so nice to see young people committed to environmental change.

Yes, thank you Emilie. I am

Yes, thank you Emilie. I am ordering the book today.