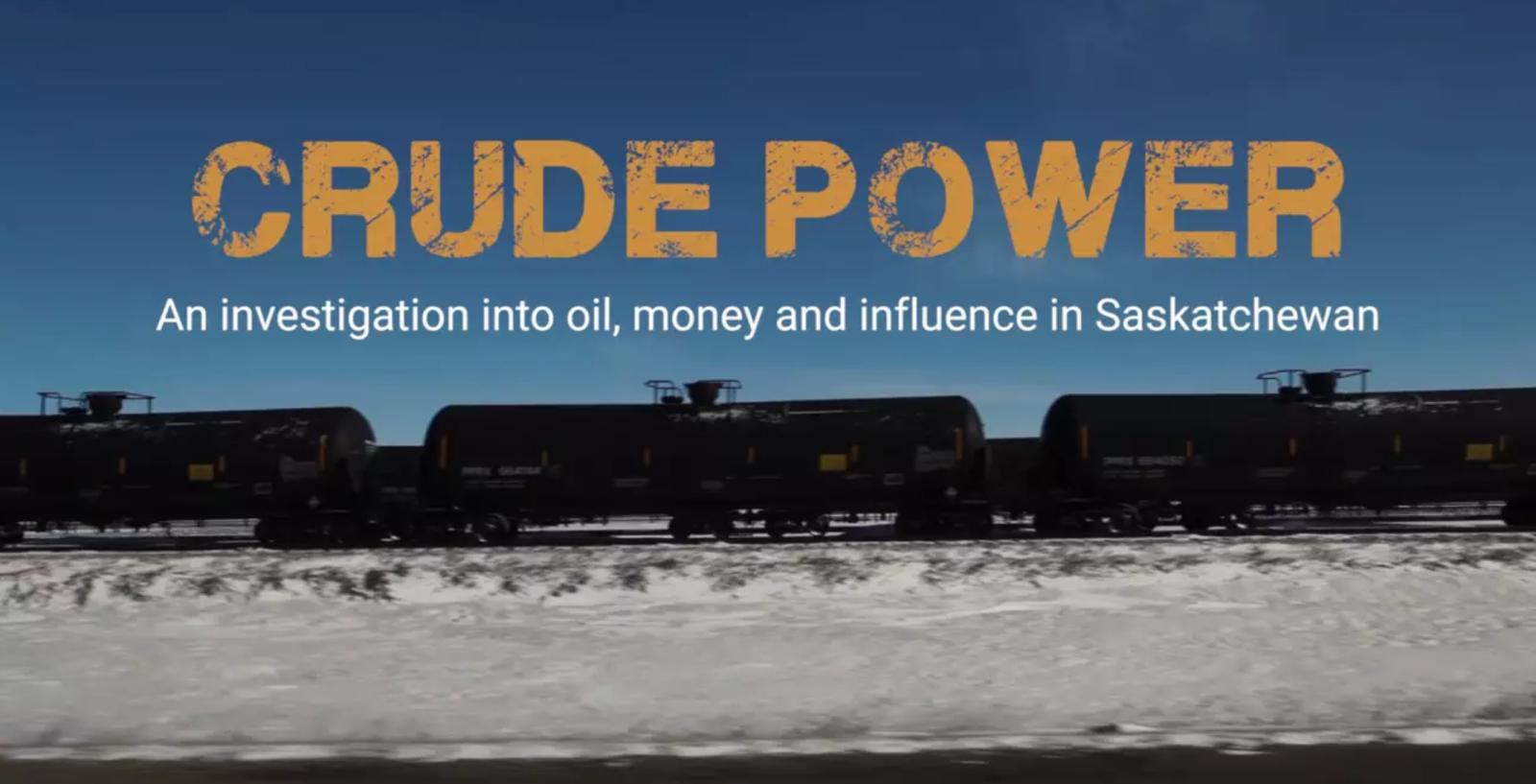 The University of Regina School of Journalism premiered its documentary, Crude Power, on Oct. 4, 2017. The research was collected and produced as part of The Price of Oil investigation. Screenshot from Crude Power documentary
Previous story

Journalism students from the University of Regina who partnered last year with National Observer, the Toronto Star and Global News in an unprecedented investigation have won an Emerge Media Award for a documentary about the money and influence of the oil industry in Saskatchewan.

The journalists, Caitlin Taylor, Jennifer Ackman, Janelle Blakely and Josh Diaz, were all honoured in Toronto Thursday night at the Emerge Conference, an annual gathering of young and graduating professionals, for producing the film, Crude Power: An investigation into oil, money and influence in Saskatchewan.

The project won in the videography category of the 2018 awards, beating out four other finalists.

The winner of the Videography EMA is "Crude Power: An investigation into oil, money and influence in Saskatchewan" by Caitlin Taylor, Jennifer Ackerman, Janelle Blakley and Josh Diaz from @UofRegina! #EmergeMediaAwards #Emerge2018 pic.twitter.com/xiKH6Z7xCN

The project was led by Michener Fellow Patti Sonntag. Faculty advisors from the University of Regina, Patricia Elliott, Trevor Grant, and Robin Lawless, supervised the project as part of a class assignment.

They produced the film in collaboration with research partners from the journalism schools at Concordia University, Ryerson University, and the University of British Columbia. The students also reviewed research from the Canadian Centre for Policy Alternatives, the Parkland Institute, University of Victoria, and the Corporate Mapping Project as part of the project.

The award is the second honour announced this month for the Price of Oil series, which involved more than 50 journalists and is the largest Canadian journalism collaboration of its kind.

Next week, the journalists involved in the series will also receive an honourable mention from the Hillman Foundation as it celebrates its annual journalism award on March 28 in Toronto.

Great work, aided by a

Great work, aided by a crucial inside tip from The Observer team. Thanks for your support for these student journalists!