Burnaby takes its pipeline fight to Supreme Court of Canada 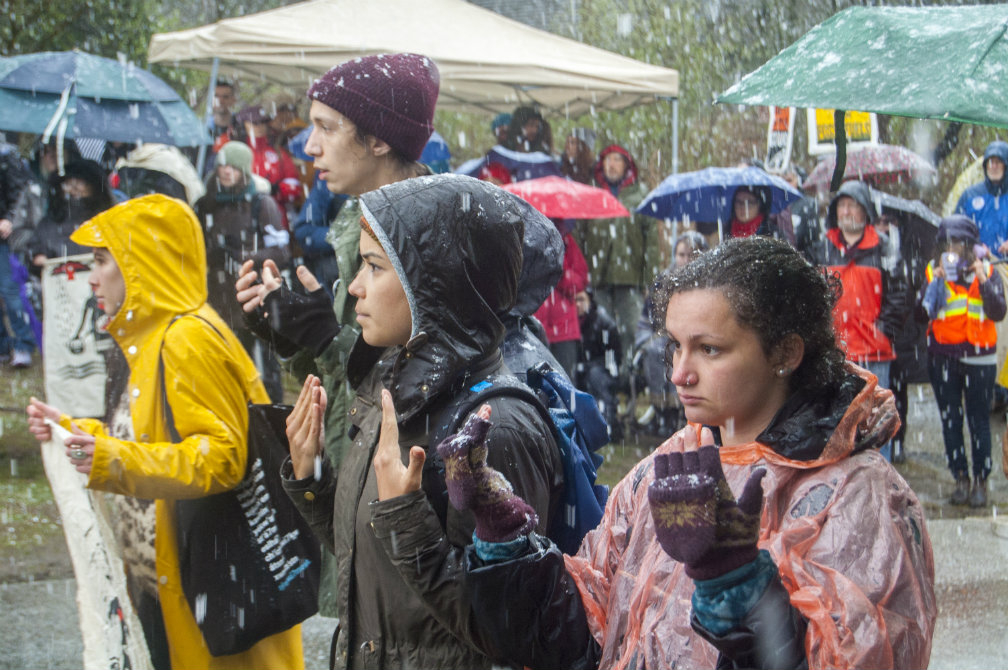 The challenge surrounds a December 2017 decision by the federal National Energy Board (NEB) to relieve Kinder Morgan of its requirement to follow Burnaby's construction bylaws. This means that Trans Mountain was not required to pass a Preliminary Plan Approval (PPA) nor obtain municipal tree cutting permits regarding its Burnaby Terminal and Westridge Marine Terminal pipeline worksites.

“(A)t this point, no court has heard or ruled on our argument that the NEB was wrong,” City of Burnaby lawyer Gregory McDade told National Observer. "That is one of the reasons that Burnaby is going before the Supreme Court of Canada. We don't believe that an administrative body like the NEB, friendly to the oil industry, whose members are not required to be judges or even lawyers, should be the last or only word on important questions of constitutional law. There must be access to a court for these decisions.”

At the heart of the challenge is Burnaby's opposition to Texas-based energy giant Kinder Morgan's Trans Mountain oil pipeline expansion, which would carry 890,000 barrels of petroleum products from Alberta to a terminal in Burnaby. If built, the project would bring a seven-fold increase in oil tankers traffic on the coast. Supporters say this will fuel growth in the oil industry, create thousands of jobs and millions in new tax revenue for B.C. and Alberta, while opponents say it would put the coastline at risk and push Canada's climate change goals out of reach.

The City of Burnaby, as well as the City of Vancouver and the government of B.C., oppose the project, which was approved by the federal government in November 2016.

Kinder Morgan, meanwhile, argued that Burnaby’s construction bylaws were unconstitutional, as they conflicted with the company's ability to proceed with the federally approved project, and with the NEB Act. Trans Mountain further claimed that Burnaby was deliberately delaying permit approval due to its political opposition to the project.

"We welcome the decision by the Federal Court of Appeal to deny motions filed by the B.C. government and the City of Burnaby seeking to appeal the National Energy Board’s decision to relieve Trans Mountain of the requirement to obtain plan approvals from the City of Burnaby for certain work at the Westridge and Burnaby Terminals," Kinder Morgan Canada commented in an email.

"Kinder Morgan is committed to continuing to work with stakeholders in good faith as we continue with construction of the Trans Mountain expansion project."

Currently, 15 other challenges have been filed with the Federal Court of Appeal against the federal government’s approval of the Kinder Morgan pipeline expansion. Federal Natural Resources Minister, Jim Carr, reiterated Ottawa's support for the project while in Vancouver earlier this month.

Paragraph 4 error - it's not

Paragraph 4 error - it's not JUST the coastline and climate goals it threatens BUT ALSO 1000's of jobs related to wild fisheries and tourism in BC.

The entire approval process was all about politics...and showed little concern about the relatively high associated risks ! The PM can ram this Trans Mountain Expansion(TMX) through ,"in the National Interest".Hogwash. . Yes exporting is in the National Interest but ' how' is the issue which continually was ignored by NEB hearing and government. New government project assessment criteria, per Omnibus Bill C 69 would not have permitted sending their tankers through busy,environmentally sensitive BC/Washington State Salish Sea waters,in my opinion .Government staff likely recognized this when preparing Bill C69...but rather than pausing and reviewing/improving this much disliked TMX tanker routing , government decided to 'look tough' and ram through this ill-conceived project, In Oct 2019,at the ULTIMATE HEARING,the national election,BC electorate can send their message,again !