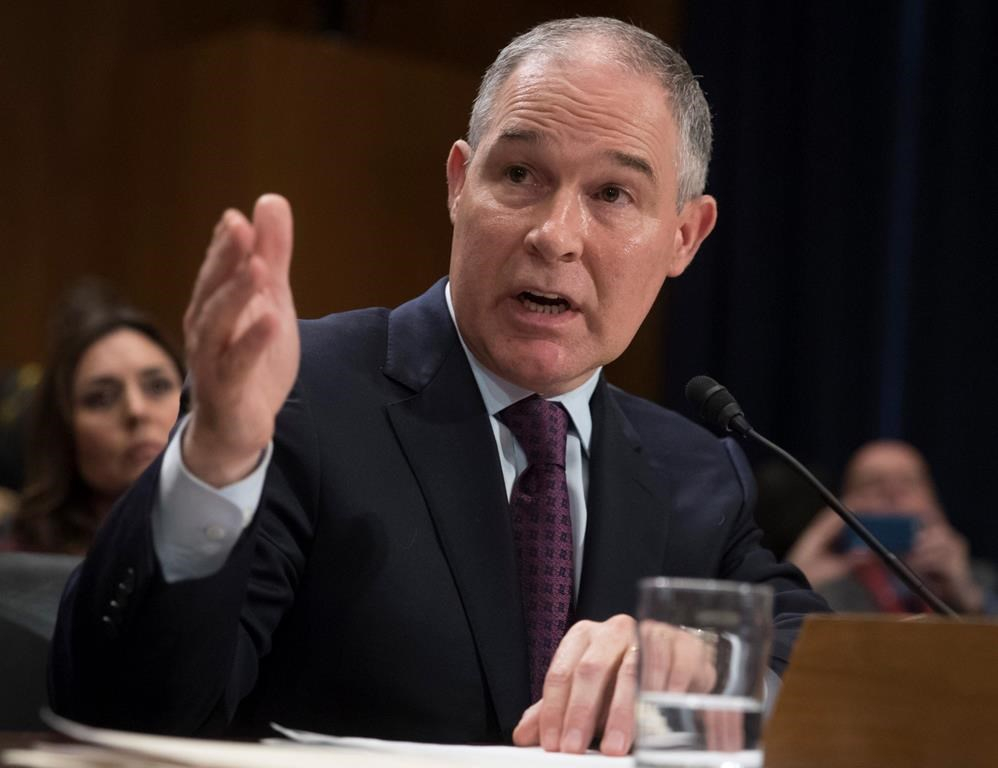 This article was originally published by the Huffington Post on April 3, 2018. It was republished as part of Climate Desk, a journalistic collaboration dedicated to exploring the impact — human, environmental, economic and political— of a changing climate.

The Environmental Protection Agency approved a pipeline project last year during the same time period that administrator Scott Pruitt was renting a room from the wife of a lobbyist who represented the pipeline’s owner, The New York Times reported on Monday.

The news comes amid a growing controversy surrounding Pruitt’s unusual housing arrangement, in which he paid $50 a night to rent a room in a luxury condo from Vicki Hart, whose husband runs Williams & Jensen, a well-known energy lobbying firm.

The rental agreement, which was open-ended, offered a rate that was well below market value. The White House is conducting an informal review of the matter, unnamed officials told the Wall Street Journal and CNN.

At the same time that Pruitt had access to the condo, the EPA signaled its approval for a pipeline project from Enbridge Inc. The Canada-based company hoped to expand its Alberta Clipper pipeline and ship hundreds of thousands of barrels of additional oil to the U.S. each day.

Williams & Jensen was a registered lobbyist for Enbridge at the time, the Times reported. However, a spokesman from the firm told the newspaper that Williams & Jensen did not lobby the EPA or Pruitt on the project’s behalf.

Liz Bowman, Pruitt’s spokeswoman, also told the Times that “any attempt to draw that link is patently false.”

The State Department granted the permit last October. Since then, Enbridge has expanded the pipeline.

Critics say the $6,100 Pruitt paid for his rental over six months amounted to a sweetheart deal. Rates for a one-bedroom apartment in D.C. are typically thousands of dollars higher per month and often require a contract for a set amount of time, whether the occupant sleeps there or not.

On Monday, several House Democrats sent Pruitt a letter asking him to detail the arrangement surrounding the rental.

The EPA’s senior ethics counsel, Justina Fugh, said last Friday the agreement did not qualify as a “prohibited gift at all,” and described the deal as “a routine business transaction and permissible even if from a personal friend.”

But the coverage of Pruitt’s close personal and financial ties to a lobbyist was just the latest in a string of negative press for the EPA chief. On Monday, it was reported that the EPA considered leasing a private jet for Pruitt’s travels. A story in Politico also noted that White House Chief of Staff John Kelly has already considered firing the administrator

It's so blatantly obvious

It's so blatantly obvious this guy's sucked up the Republicans' tailpipes and is another shill for the oil and gas industry on Capitol Hill.
Getting rid of Pruitt still leaves the cause in office - just Dump Trump.