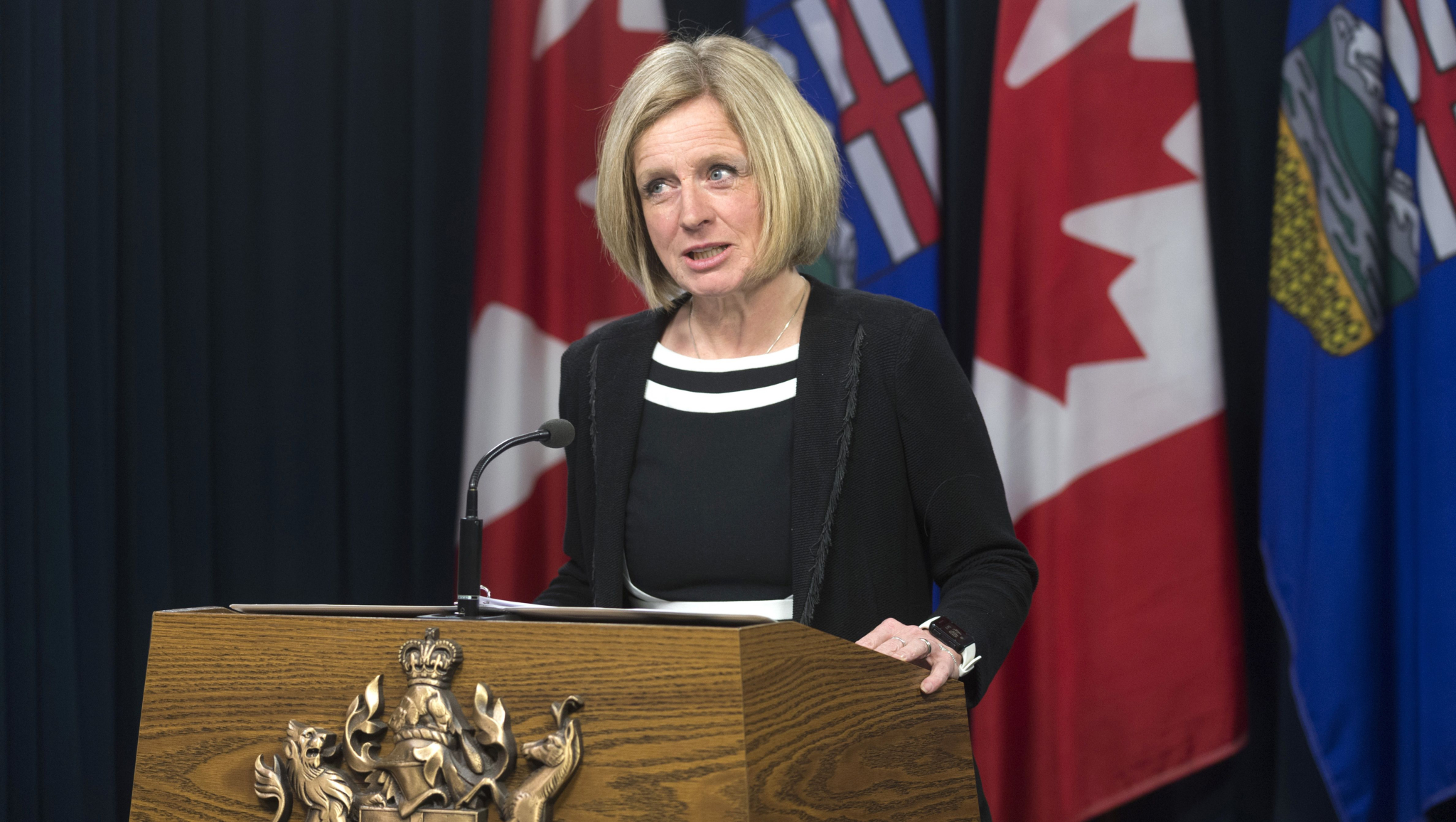 Alberta Premier Rachel Notley says the province will buy the Trans Mountain oil pipeline project if that's what it takes to get it built.

"We are considering a number of financial options to ensure that the Trans Mountain expansion is built, up to and including purchasing the pipeline outright if were to come to that," Notley said in the statement Tuesday. "But it is not the only model we're considering.

"Obviously the best interest and outcomes for Albertans will be front and centre as we explore these options."

Notley said on the weekend that the province was looking at taking an equity stake in the line, but didn't talk about buying it completely.

In B.C. Tuesday, Premier John Horgan said Alberta can do what it wants within the province's own boundaries.

"The premier of Alberta is entitled to do whatever she wants within her borders," said Horgan. "If she wants to invest in a pipeline, that's her business.

"I would prefer she invest in refining capacity."

Notley was in Toronto, so deputy premier Sarah Hoffman faced questions in the legislature about details of the purchase plan.

"(This) is a good idea if there's a proper return on investment for Albertans," said Rick Fraser of the Alberta Party.

"The problem is we have no idea what the final price tag of that project is. How can your government commit to buying this pipeline when you don't know the full cost?"

"What we know is tens of thousands of jobs and millions of dollars are at stake if this project does not go forward," Hoffman replied.

The future of the line is now in question.

The pipeline builder, Kinder Morgan, announced it was scaling back on the federally approved $7.4-billion project because of opposition and delays from the B.C. government.

Ottawa approved the line in November 2016 but since then the project has faced court challenges and permit delays in B.C. Horgan has said the province is worried about the consequences of oil spills and the threat to the coastline.

Kinder Morgan has given the federal government until May 31 for concrete assurance the line will get built, and Notley has called on Prime Minister Justin Trudeau to take action.

The expansion would double the existing 1,150-km line and triple its capacity.

Notley has said the pipeline is critical to helping Canada's economy. Alberta's oil is fetching a discounted price in North America due to pipeline bottlenecks, among other factors.

Alberta also says it can get a better price for its product if it can get more of it to the coast and then on to overseas markets.

Desperate much, Notley? Throw good money after bad. How to ruin both the economy and the environment, while professing to help both!

Notley refuses to understand the science and the negative implications of increased tanker traffic, as well as the disastrous consequences of a dilbit spill. Her stance on the environment belongs to the worst possible conservative ideology. The NDP should kick her out of their caucus. Her place is with Kenney and his cohort of Neanderthals.

Rachel, you are going to do

Rachel, you are going to do this with who's money? All the HUGE Profits Alberta has wisely saved up from years and years of BOOM OIL? Sure hope this will not result in yet another Federal Subsidy to Big Oil [Export Development Canada currently gives away $ 12 Billion annually to finance fossil fuel projects].
Have not seen anything of your Asian Market, other than you saying "we will LIKELY get a better price [for our TAR] in Asia".

It's probably a terrible

It's probably a terrible business decision and it's bad for us and for the planet, but tactically it is quite dangerous. Basically, Kinder Morgan as it existed was constrained by the ability to make a profit; enough delays could cost enough that profits would be unlikely to materialize, which would result in investors pulling out etc.
But if the major backer is a government determined to pull out a political win, they could keep throwing good money after bad forever. That means just delaying the pipeline would not be enough to stop it; what would be effectively a Crown corporation could keep on getting in our faces long after it became clear it was a pointless money-losing operation.

“ Alberta's oil is fetching a

“ Alberta's oil is fetching a discounted price in North America due to pipeline bottlenecks, among other factors.” I thought it was standard economics that a shortage of a commodity resulted in a higher price. Can someone please explain why a shortage of oil results in a lower price? Or is the statement untruthful?

Notley is a schoolyard bully.

Notley is a schoolyard bully. She wants to beat up Horgan even if it means sinking 7.4 billion dollars of tax payers money into this questionable project. Im an Alberta resident and I don't believe she has the mandate to enslave us into debt on this project for her own political capital. What is it about Alberta premiers. Notley is more PC than NDP, and thats a shame because her voters wanted a change from the status quo. Notley will be gone but the debt Alberta residents will be saddled with will last for generations. Just look to Ontario for that lesson.