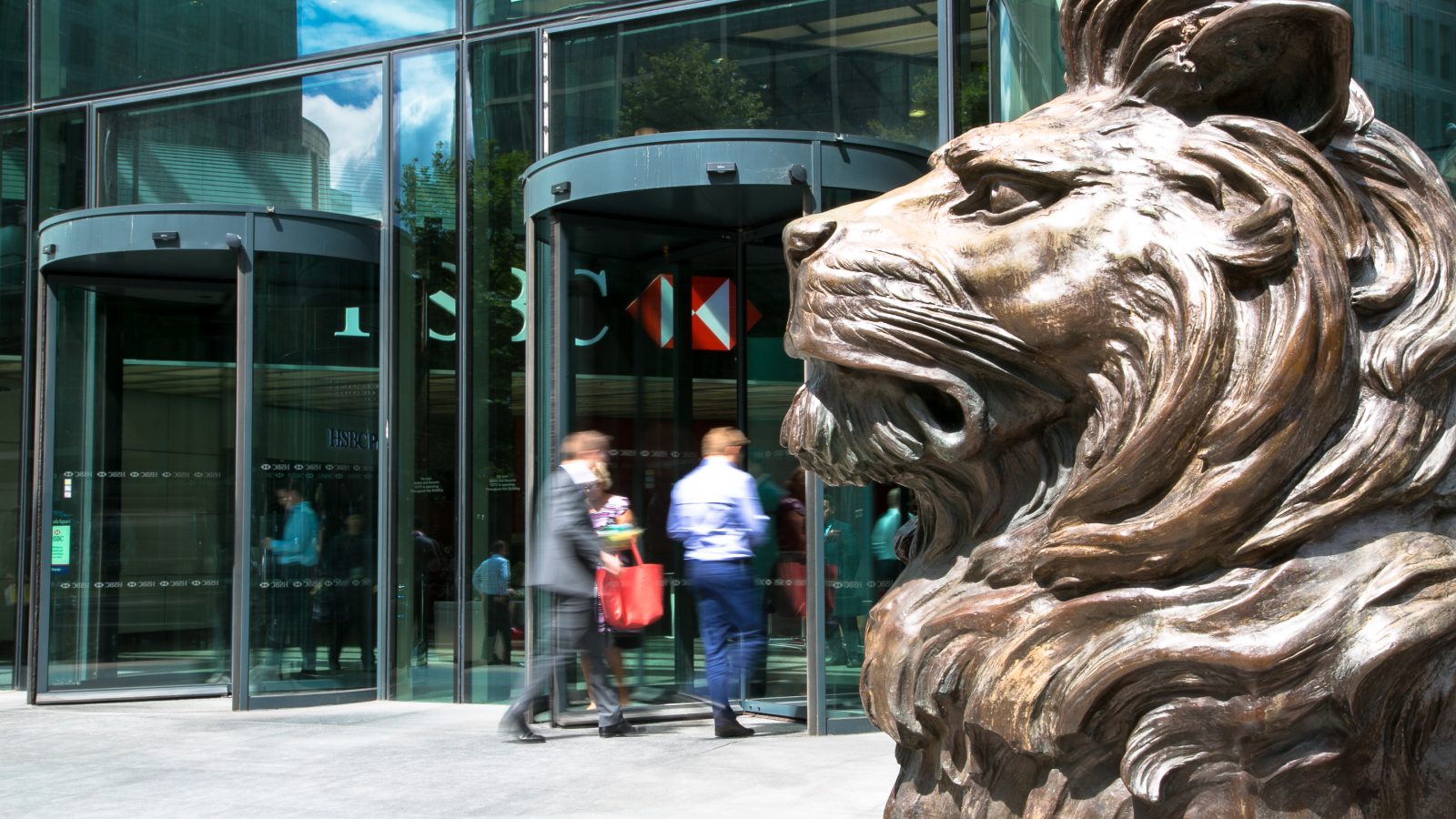 Europe's largest bank has joined the list of global investors retreating from new financial commitments in the fossil fuel industry, including investments in oil-rich Alberta.

HSBC, whose global assets total more than $2 trillion, announced Friday that as the climate change crisis deepens, it will no longer finance new coal-fired power plants (with a few targeted exceptions), Arctic drilling or new oilsands projects, including pipelines.

The announcement comes as part of strengthened "energy policy" that aims to help customers transition to a low-carbon economy in a sustainable way, while "closing relationships with those who do not meet minimum standards."

"We recognize the need to reduce emissions rapidly to achieve the target set in the 2015 Paris Agreement to limit global temperature rises to well below 2 degrees Celsius, and our responsibility to support the communities in which we operate," said Daniel Klier, HSBC's global head of sustainable finance, in a Friday morning press statement.

The multinational bank confirmed that its ban on new greenfield oilsands projects includes new pipelines, and said that in the case of new coal-fired power plants, its only exceptions will be for Bangladesh, Indonesia and Vietnam, in order to "appropriately balance local humanitarian needs with the need to transition to a low carbon economy."

HSBC plans to phase out its lending for the development of new coal-fired power plants in high-income countries by Dec. 31, 2019, and anticipates that its other commitments to the oilsands sector will reduce over time.

"Financial institutions around the world are seeing the reputational and material risks these pipelines pose in a post-Paris world where respecting Indigenous rights and the need to transition off of fossil fuels is smart business and not just good public relations. Before deciding to write a cheque to Kinder Morgan, Justin Trudeau should ask himself if he wants to rush in where HSBC fears to tread."

Canada's oilsands are rich deposits of bitumen, a tar-like heavy oil, and are estimated to contain the world's third largest reserve of crude oil after Saudi Arabia and Venezuela. But oilsands production also requires large amounts of water and energy to extract, which makes its operations more costly than conventional oil production. It also makes the sector the country's fastest growing source of greenhouse gases.

Trudeau has touted his government's Canada-wide climate change plan, along with a commitment by Alberta Premier Rachel Notley to cap the total carbon pollution from the sector as part of its provincial climate change policies.

But the prime minister has warned that all of these commitments could fall apart if Canada is unable to build a new pipeline from Alberta to the west coast of British Columbia, Kinder Morgan's Trans Mountain expansion project.

Over the years, the fossil fuel sector has lost a number of major investors, which have either reduced, eliminated or committed to phase out support for coal, oil and gas, through a variety of different pledges. It's part of a global divestment movement that so far includes France's BNP Paribas, the World Bank, insurance giant AXA, ING, and Sweden’s largest pension fund, AP7, among others.

In Canada, more than 30 universities, faith-based organizations, NGOs, philanthropic groups and other institutions have made such commitments, including Laval University in Montreal, the Canadian Medical Association and the Windsor University Faculty Association. Major oilsands pipeline proposals, including TransCanada's cross-country Keystone XL pipeline, Enbridge's Line 3 replacement, the now-defunct Energy East proposal, and the Trans Mountain expansion, have propelled the movement forward.

Advocates of the divestment movement are concerned that more new pipelines will push Canada's climate change targets out of reach, while pipeline supporters argue that new fossil fuel projects can be balanced with climate objectives through stringent environmental standards and provide much-needed jobs.

The Canadian Association of Petroleum Producers (CAPP), the country's largest and most powerful oil and gas lobby group, said it was a "little disappointed" with HSBC's decision on Friday. In an interview, CAPP's vice-president of oilsands, Ben Brunnen, told National Observer that retreating investors are "missing an opportunity."

“Canada, with its strong environmental and regulatory track record, really should be the preferred fuel of choice to meet global energy demand, and we would have like to have seen HSBC recognize that as part of its strategy, its approach," said Brunnen.

While research by the International Renewable Energy Agency, for example, shows that renewable energy sources will be cost competitive with fossil fuels by 2020, CAPP and other oil and gas stakeholders maintain that worldwide oil and gas demand will continue to rise. An oft-cited projection is that of the International Energy Agency (IEA), which estimates that oil demand will continue to grow to 2040.

The IEA, in a 2012 report, also concluded that “no more than one-third of proven reserves of fossil fuels can be consumed prior to 2050” in order to avoid a two degrees Celsius increase in average global temperatures.

A deeper look at the divestment

Brunnen encouraged the public to take a "practical" look at divestment announcements like that of HSBC, which is "about companies looking to meet a particular market of client with these messages," he said. Only two per cent of HSBC's wholesale investment portfolio will be impacted by its new energy policy, he explained, and of that two per cent, only 29 per cent of those assets are within North America.

"So this is a pretty minor investment all in all from a sort of pool of capital perspective and it’s probably more largely, I would say positional, than it is substantive,” he explained. “...At the end of the day, this bank didn’t really make a substantive shift in policy, but rather confirmed an announcement based on their existing portfolio."

HSBC Bank Canada could not be reached to respond to CAPP's comments before publication time, but in an previously emailed statement to National Observer, said it has invested $200 million in Canada in the last two years alone, and will continue to be a supporter of the energy sector during its transition.

Meantime, Brunnen called on the federal government to articulate a clear vision for the role oil and gas will play in Canada's future.

The Canadian Energy Pipeline Association (CEPA), which represents the country's transmission pipeline companies, said it had no comment on HSBC's decision to retreat from fossil fuel investments, as it's a "business decision taken by an individual financial institution." But it has recently echoed CAPP's desire for federal clarity on the future of fossil fuels, piping up in favour of Ottawa's intervention in the Kinder Morgan stalemate between Alberta and British Columbia.

That standoff recently resulted in a threat from the Texas-based company to cancel the Trans Mountain expansion altogether — a project both CAPP and CEPA want to see completed.

In the midst of great uncertainty around the fossil fuel sector, CEPA has called on provincial and federal leaders to signal to the world that "Canada remains open for business."

Editor's Note: This article was updated at 4:30 p.m. Eastern Time to include new comments from the Canadian Association of Petroleum Producers and HSBC Bank Canada.

While major pension funds, financial institutions and other investors are divesting from fossil fuel industry, our federal government and some provincial authorities are shamefully willing to invest public money in a industry that will continue to pollute and enhance the negative effects of climate change.
Canada's five major banks are also heavily involved in the development of the Alberta bitumen oil sands and the building of new pipelines here in Canada and in the U.S. Canadians who believe in a better future for our kids and the planet should consider moving their money to institutions that are more environmentally responsible.

Have been thinking about

Have been thinking about withdrawing my investments from Canadian banks for some time. Time to have HSBC and Credential Direct (do it yourself investing linked to Credit Unions) smile BIG !!

"CEPA has called on

"CEPA has called on provincial and federal leaders to signal to the world that "Canada remains open for business." "
What CEPA consistently refuses to mention, is that the energy business it's not only oil and gas.
Unfortunately their repetitive, misleading mantra is the only one our politicians hear.